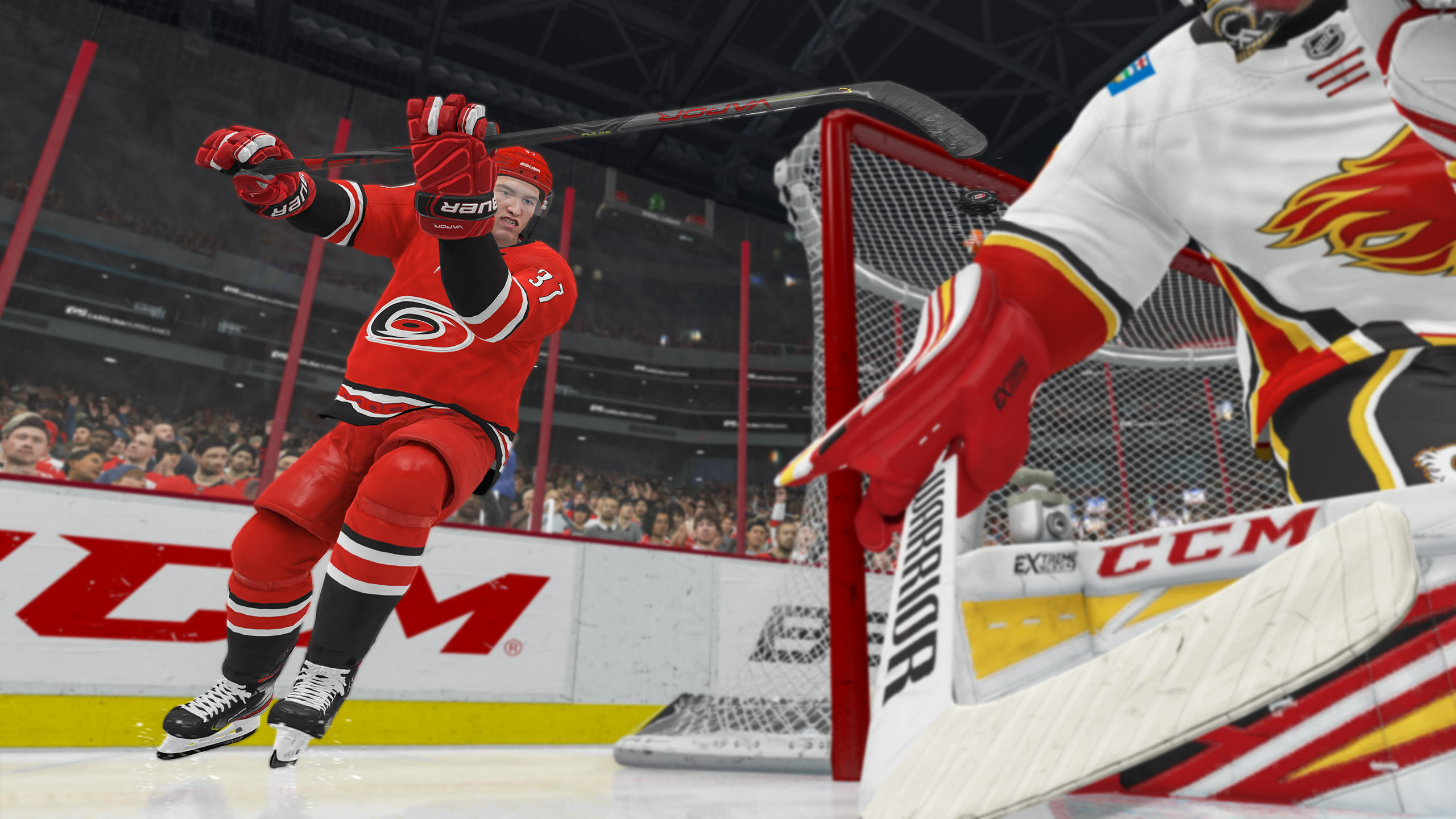 It wasn’t that long ago that I questioned whether NHL 21 was going to be released at all. EA was quiet about its existence long after they historically would have announced it, and we’ve come to expect delays and the canceling of anything fun in 2020 due to the ongoing COVID-19 pandemic. Well, NHL 21 is coming, and EA is bringing the noise this year as they celebrate the greatness of the most fearless and creative players in video game hockey.

On paper, there’s something for everyone. New dekes will let highly skilled players own their competition, while Be a Pro junkies - myself included - have a completely revamped experience to look forward to. EA is also rolling out changes to the AI, as well as the controls for the brave souls out there who dare play as a goaltender. If online play is more your thing, EA is bringing a new mode called HUT Rush.

The filthiest dangles in hockey today

During my time checking out NHL 21, EA Vancouver showed us a handful of new dekes that range from filthy to functional. At the top of the new-deke pyramid is the Michigan, where players can scoop the puck up behind the net and tuck it under the bar lacrosse-style. This is followed by Nikita Kucherov’s "no deke" deke, and Matthew Tkachuk’s between-the-legs one-timer. Players can even bank the puck off the back of the net like Sidney Crosby to shake a pesky defender. It remains to be seen how often any of these get used in game situations, but more dekes mean opportunities for jaw-dropping moments like the ones that inspired this push towards fearless creativity.

The life of an NHLer

Besides improved gameplay, which is always at the top of my list when it comes to what I want in the next Chel, I nearly fell out of my chair when I heard Be a Pro was getting some love. For years it has been a place of missed opportunity and wasted potential, but that is apparently changing.

This year’s Be a Pro will give players the chance to live the life of an NHL player both on and off the ice. Balance the respect of your teammates with the love of the media and support of the front office. Choose how to respond in conversations and be sure to deliver results on the ice. It sounds like an injection of narrative, which I’m ready for and keeping an open mind about.

Get pucks in deep

You can almost hear Mike Babcock saying that if you’re a Leafs fan, followed by “Steady on the rudder.” Well, even though Babs turned out to be a bit of a jerk, the guy knows hockey and a lot of what he said was true. While Babs was by no means the inspiration here, EA Vancouver has given players more tools to be effective in the neutral zone. Players can now slip by a defender trying to squeeze them out along the boards, bank the puck off the boards and pick it up behind their opponent, or just chip the puck past a flat-footed defender and burn them in a foot race. All three provide a logical upgrade to neutral zone play, which hopefully extends to exiting your own zone, the most likely place these moves will be effective.

Veteran players who truly know hockey will gripe about the AI in just about every NHL game ever released. The real takeaway here is the value knowledgeable players place on realistic hockey and not flashy hockey. Thankfully, the developers focused on both, and NHL 21 should feature improved AI gameplay in several ways.

The AI has been tuned to ensure they can break out on their own and hit you in stride as you drive up ice. They will be better positioned in the offensive zone to give you a target for a pass, which will be a big plus for anyone who enjoys the slap pass in Be a Pro. On the defensive side, your AI teammates will be better at slowing down incoming offensive players and will position themselves to cut off passing lanes when defending.

The AI improvements extend to goaltenders. Netminders will now square up to the puck carrier more to give themselves a better chance at making a save. New desperation save animations ensure no goaltender is ever out of the play, hopefully leaving slippery forwards shaking their heads in disbelief.

If you’re an actual human who enjoys playing as a goaltender, you haven’t been forgotten. I have a goalie in my group and it’s tough to watch him struggle to make precise adjustments due to clunky controls. EA Vancouver is looking to improve these controls by making the right stick more prominent, allowing goalies to feel more fluid and tactile. My hope is that these changes play out well in practice so goaltenders who have learned to survive within the system can now use these improved controls to excel within it.

Dazzle in the new HUT Rush

Rounding out the more notable things coming to NHL 21 is HUT Rush, a new game mode that will be part of the Hockey Ultimate Team family. In HUT Rush, players can jump into streamlined HUT games quickly. The point of the mode is to score in style. This is where EA Vancouver’s vision of NHL 21 comes together as the HUT Rush scoring system rewards players for being more creative in how they put the puck in the net. Players who excel with the game’s more complicated dekes and love the concept of HUT should be right at home here.

Everything we’re seeing and hearing about NHL 21 gives me cautious optimism, which is surprising since my hopes of getting a hockey game this year were minimal. Of course, this is all just talk right now, but I’ll be on top of any opportunities to see NHL 21 before release, and I’ll provide a comprehensive review when NHL 21 launches on October 16.