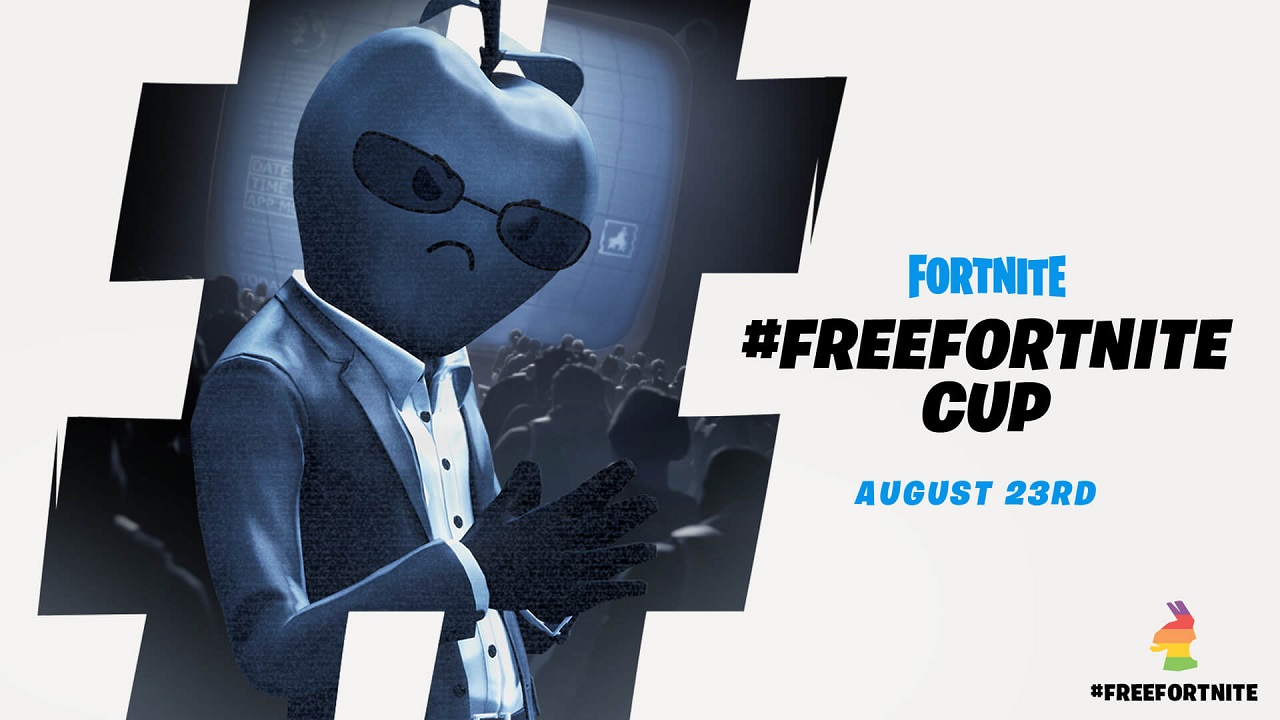 Fortnite is about to move on to Chapter 2 - Season 4 content next week. With the intense legal battle going on between Epic Games and Apple (the latter having officially blocked Fortnite on the App Store), it will be the last time iOS players will be able to play online for the foreseeable future. Continuing to push its recent and arguably cringy marketing campaign, Epic has announced a #FreeFortnite Cup tournament, giving players on all platforms one last competition together before the next update leave iOS players behind.

Epic Games announced the #FreeFortnite Cup on the Fortnite website on August 20, 2020. Kicking off on August 23, 2020, players on any platform will be able to access the Compete tab in Fortnite’s menus to access the competition and have some fun competitive battles against your region. Players will be scored in up to 12 matches with point-scoring giving players access to a number of rewards. Points are scored for staying alive across several minutes at a time, getting eliminations, and, of course, winning the match. At its most basic, getting ten points will earn players the new Tart Tycoon skin - a dig somehow cringier than #FreeFortnite.

That’s not all. The top 20,000 players across the world will earn a real-life #FreeFortnite hat to be sent to your home so you can wear Fortnite’s marketing campaign outside of the game as well.

Slightly less cringy and more cool are a number of other prizes for the top 1,200 players in the #FreeFortnite Cup. In lieu of the fact Apple’s blockage of Epic Games products on iOS and Mac devices means that it will be impossible to play on iOS for the time being, Epic is giving electronic devices away to the top players in the Cup, including Alienware gaming laptops, Samsung Galaxy Tab S7 tablets, OnePlus 8 smartphones, PlayStation 4 Pros, Xbox One Xs, and Nintendo Switches. It may still be seem petty, but at least Epic is offering players a chance to get a device in which they can keep playing the game.

If you were dedicated to the iOS version of Fortnite, the #FreeFortnite Cup will be your last chance to really play the game there before Chapter 2 - Season 4’s launch on August 27. Stay tuned for more details on the upcoming season, and tell us… If you were to win the hat, would you wear it?