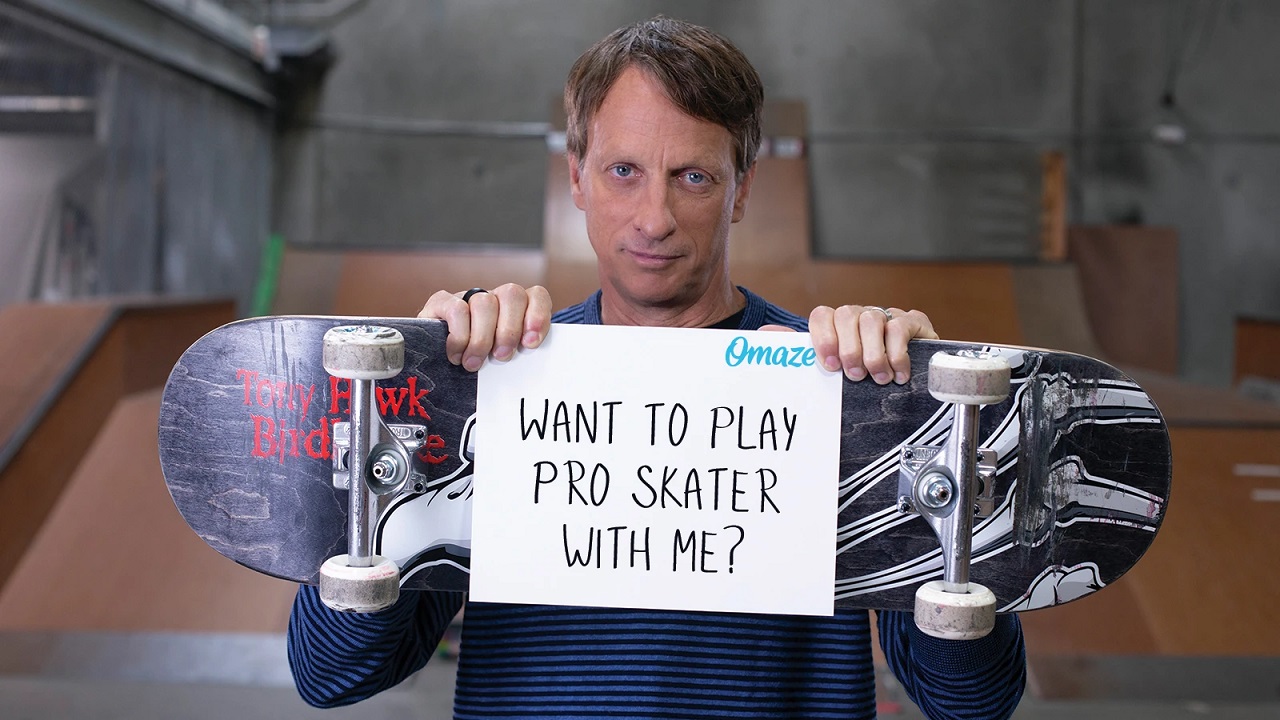 As we gear up for the launch of Tony Hawk’s Pro Skater 1+2 in September, Hawk himself has been heavily involved in a lot of good things surrounding the game (much as he has as an ambassador of the sport for years). That said, a new contest will not only allow hopeful participants to meet Tony Hawk himself and play the new game with him, but also donate to a good cause in partnership with The Skatepark Project in the process.

Tony Hawk announced the THPS 1+2 and Skatepark Project charity contest on his personal Twitter on August 18, 2020. From now up until November 19, 2020, participants can enter to win a chance at being flown out to a 4-star hotel in San Diego, meeting up with Tony Hawk at his personal training facility, watching him skate, having lunch, and finally playing Tony Hawk Pro Skater 1+2 with him. Entries to the contest can be gained by making donations to The Skatepark Project, which is a charity aimed at creating grants to build youth skateparks in underserved communities, as well as supporting international youth programs.

Think you beat me at my own game? Enter for your chance to play the remastered Tony Hawk’s Pro Skater 1+2 with me at my “office” aka ramp and help support The @skatepark Project! https://t.co/0WJQmqDMUQ #omaze @omaze pic.twitter.com/6wrj9qnI3Q

The winner of the contest is slated to be selected around December 9, 2020 and the timing of the reward delivery will be determined afterwards, given ongoing restrictions and difficulties due to COVID-19.

Tony Hawk has long been a key figure in The Skatepark Project as its Board of Directors Chairperson. Even outside of that, Tony Hawk has also made other positive moves inside and outside skateboarding. He had a hand in supporting the change of the Mute Grab to Weddle Grab in Tony Hawk’s Pro Skater 1+2 to better honor the move’s creator and help support the change outside the game.

With this contest ongoing for the next few months, it’s a great chance to support a good cause and possibly even meet up with the legend himself for a session of Tony Hawk’s Pro Skater 1+2. Be sure to check out our other coverage of THPS 1+2, including a hands-on preview of the warehouse level as the game gears up for launch on September 4, 2020. If you want to learn more about The Skatepark Project, be sure to check it out at its Twitter and official website as well.