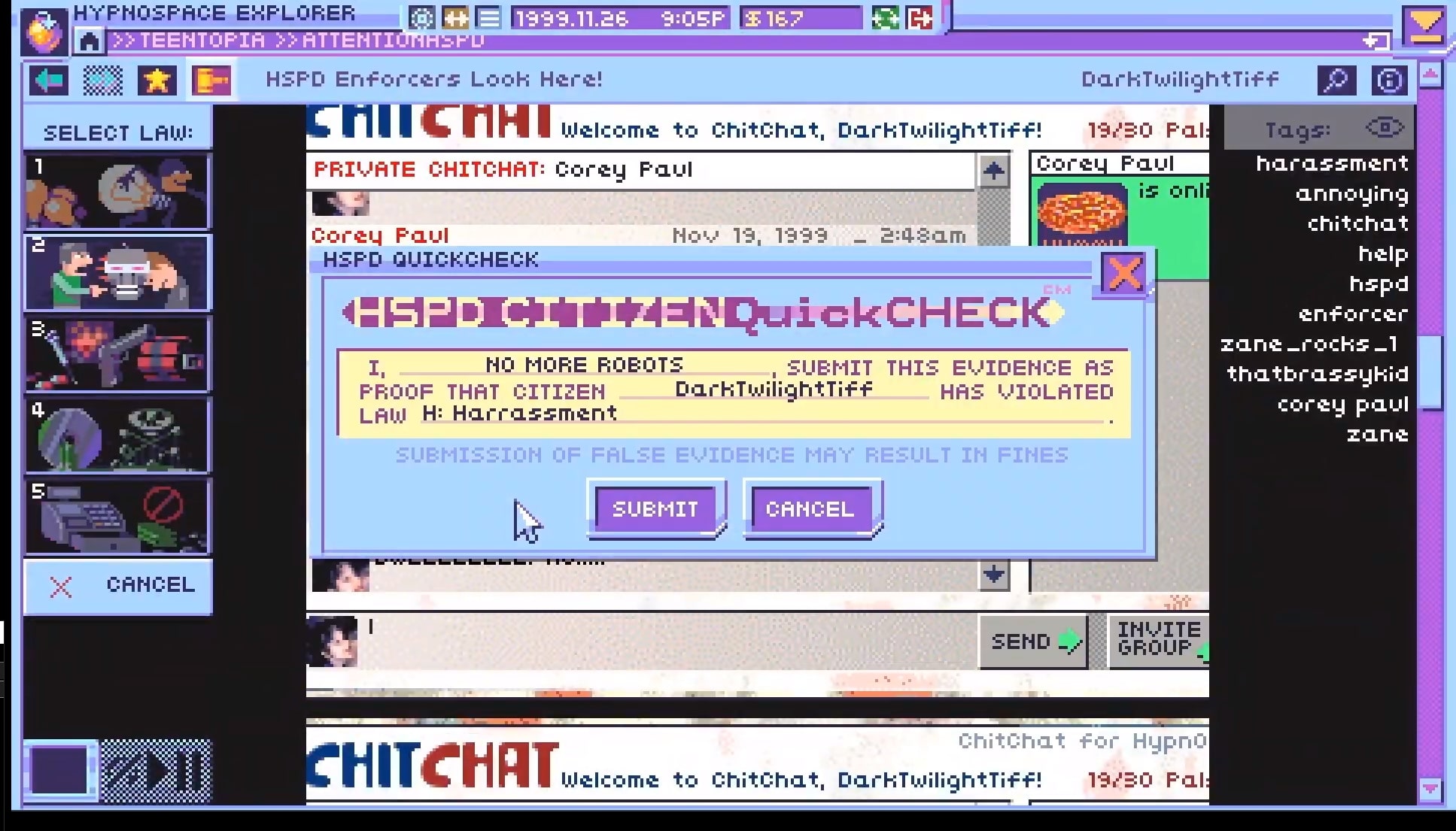 Nintendo’s Indie World Presentation was home to a wealth of news about upcoming titles for the hybrid platform. Among them is Hypnospace Outlaw, a sim rooted in 90s nostalgia. Previously released for PC, the game will launch on Switch on August 27. Though the announcement was made during a Nintendo event, it was announced afterwards that the game will also launch on Xbox One and PS4.

The earliest days of the internet were incredibly campy and silly. Those who were around in the 90s and using the internet can recall the colorful designs and zany art that so many websites sported. It’s this nostalgia that Hypnospace Outlaw goes after. In this simulator, players are an Enforcer, traveling from website to website chasing down villains, and avoiding viruses in the process.

Hypnospace Outlaw will release on August 27 for Nintendo Switch for $19.99. Though the release date is just less than two weeks away, fans can hop into the eShop today and play a newly released demo. Nintendo is currently hosting an indie sale on the eShop, where players can preorder Hypnospace Outlaw at a discounted $14.99.

The Switch isn’t the only console that Hypnospace Outlaw will be launching on. On August 27, the 90s-era sim will also release on Xbox One and PlayStation 4. The game will be run for $19.99 in digital storefronts, but those subscribed to Microsoft’s Xbox Game Pass service can pick the game up free of charge.