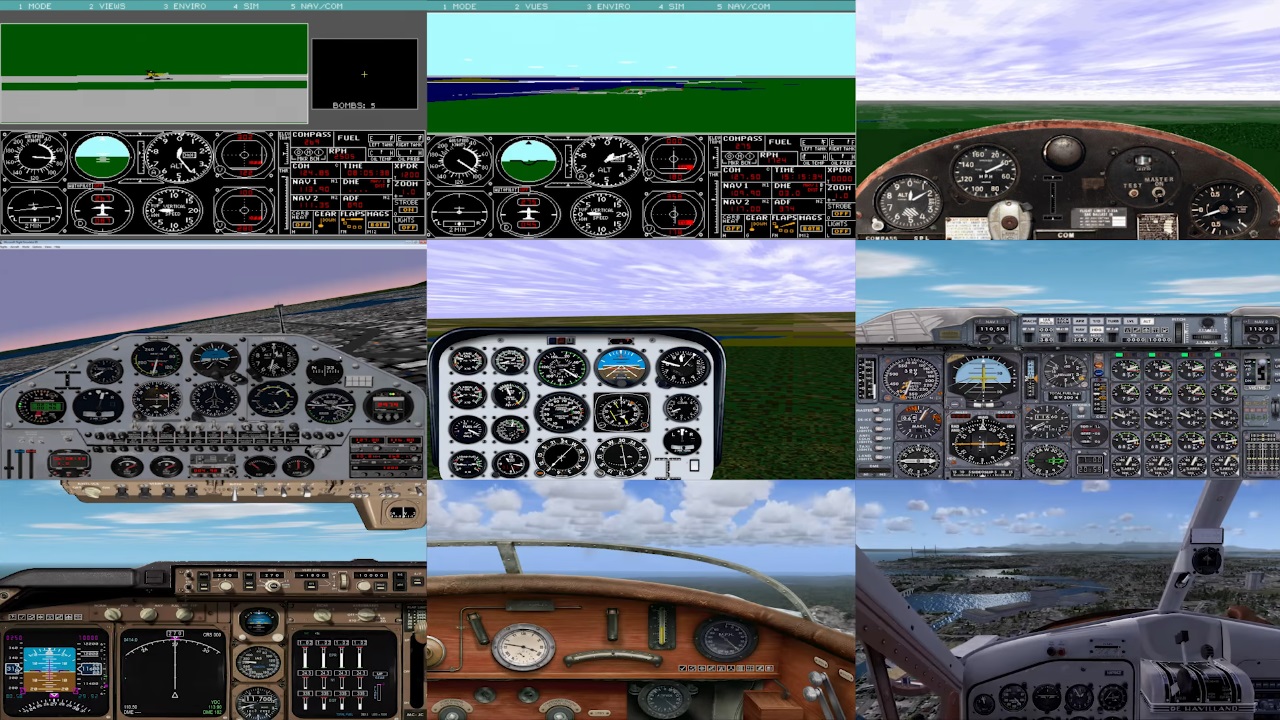 Microsoft Flight Simulator first launched with 1.0 back in 1982. It was a black and white mesh of wireframes and rudimentary design that kicked off nearly 3 decades of innovation in the flight simulation franchise. Fast forward to 2020 and the new and glorious-looking Microsoft Flight Simulator is just over the horizon, packing an entire world of skyways into one game. A new video launched that gives us a better and impressive look at the evolution of the series over the decades with snippets of each game and its improvements bit by bit to where we are now.

It’s impressive to say the least just how vastly things have changed from the first game to the latest in the Microsoft Flight Simulator franchise. Technology has certain made leaps and bounds since 1982, but to see everything that has come and gone in this series brought together in one video is just a glimpse of the breathtaking journey this series has gone through as studios have worked to deliver a full-fledged worldwide flying experience.

With the latest Microsoft Flight Simulator set to launch on August 18 on PC and via Xbox Game Pass, the above video should give some framing of just how much improvement has been made, even between the previous game and the latest. Want to know more? Be sure to check out our hands-on preview of Microsoft Flight Simulator ahead of its launch next week.