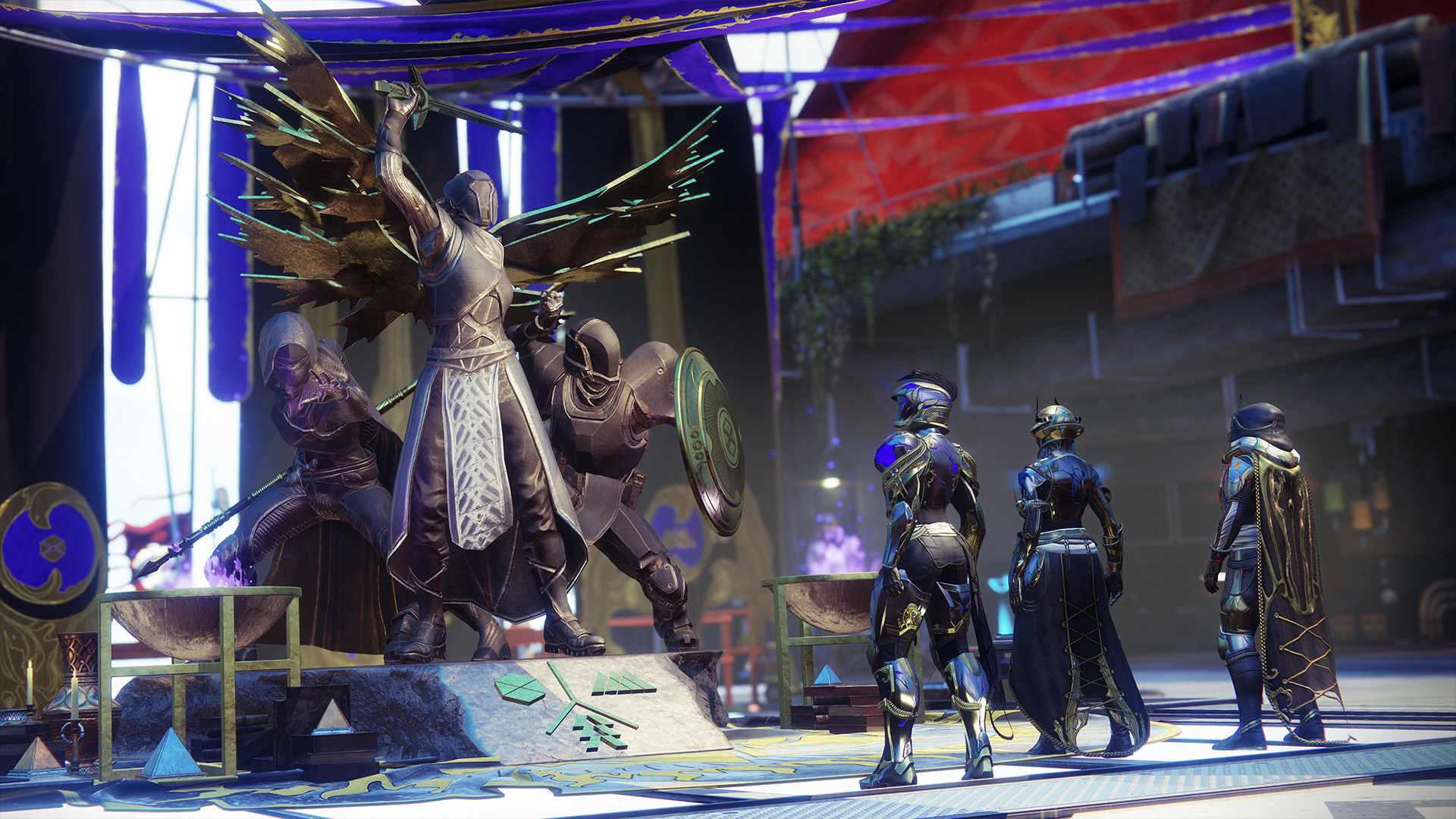 The Solstice Begins quest is a way to ease players into Solstice of Heroes 2020. The quest is rather straightforward. The purpose of this quest is to get players familiar with the European Aerial Zone and reward them with a set of Solstice armor.

The first step in the Solstice Begins quest is to visit Eva Levante in the Tower. She will have some kind words for you and invite you to celebrate. Collect the helmet from her to pick up the quest. You must have the armor equipped for any progress to be tracked.

Step 2: Trial in the Clouds

Next, players will need to complete a single run of the European Aerial Zone. Make sure you know how to start the EAZ. This task is simple, just get in there, defeat the bosses that spawn, take down the big boss, and then scavenge for your chests.

Return to the Tower and speak with Eva Levante again. She will give you some Drained armor and a new quest. Note that the Drained armor won’t actually be in your inventory.

Step 4: Breathe In, Breathe Out

Now, go beside Eva Levante and interact with the Solstice of Heroes statue. At this point, the Drained armor will be added to your inventory as Renewed armor.

Step 5: Reforged in the Light

With the Drained armor now Renewed armor, speak with Eva Levante once more. She will congratulate you on the meditation and hand over a new quest called Solstice of Heroes 2020, which has a first step called “From the Ashes…” This is a longer quest that has you completing the Solstice of Heroes 2020 armor steps.

Completing the Solstice Begins quest lets players unlock a Solstice of Heroes music track via the Bungie Rewards page. Make sure you sign-in to your account to claim the reward.

The Solstice Begins quest in Destiny 2 is super easy and rather straightforward. It will teach you the basics of the event and set you on your way with some armor to upgrade. Swing by the Shacknews Destiny 2 guide page for even more walkthroughs and coverage.