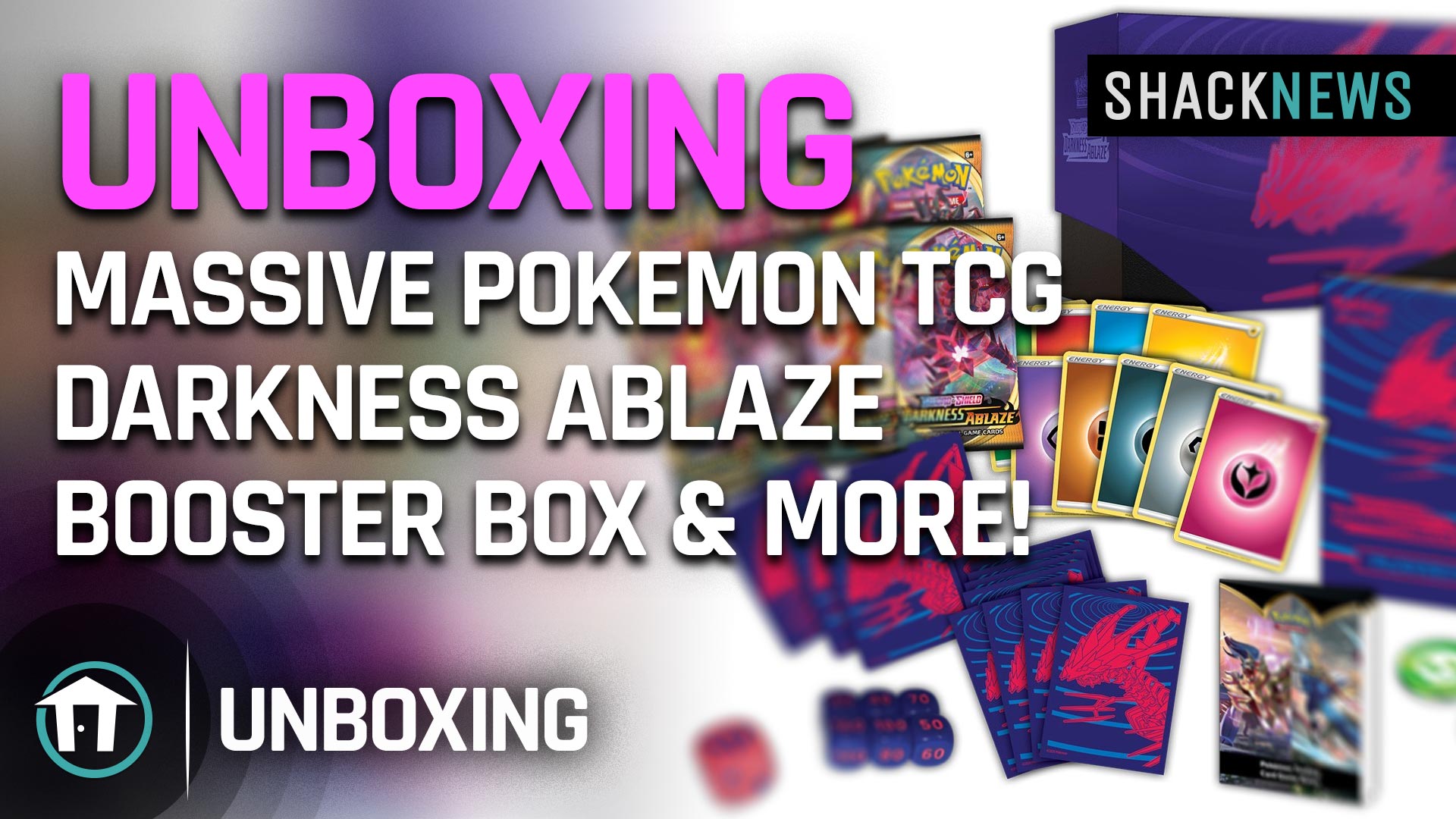 The widespread popularity of the Pokemon franchise transcends the world of video games. In addition to also having a hit anime series, Pokemon trading cards are another cornerstone of the property that has been around since the beginning. The Pokemon Company sent us a trainer box, two theme decks, and 36 booster packs, and opened them on video for your viewing pleasure.

In the video, we unbox every single pack, highlighting each card obtained. Fans of the Pokemon Trading Card Game can usually be categorized by those that like to collect, and those entangled in the competitive side of play, similarly to the video games. Although the Pokemon TCG can be played with the physical cards, packs also come with a digital code that players can enter on the game’s website to get the virtual versions of their purchased decks.

In the pack opening, we start with the recently released Pokemon Sword and Shield Darkness Ablaze theme deck. Trading card packs are sort of the original loot boxes, as you never know the full contents of the package until opening it. During our pack opening, we got several lucky pulls during the pack opening, including a Vmax Stunfisk and holographic Rillaboom. The amount of rare cards included make for a pretty tough deck of pocket monsters.

The video also features the Elite Trainer box, themed around Sword and Shield legendary Eternatus. The pack comes with several cards, including the powerful Vmax Eternatus card. The box also features markers, dice, and coins to be used during a match.

If you enjoyed this quite lengthy unpacking, subscribe to Shacknews on YouTube for more Pokemon card pack opening videos in the future.