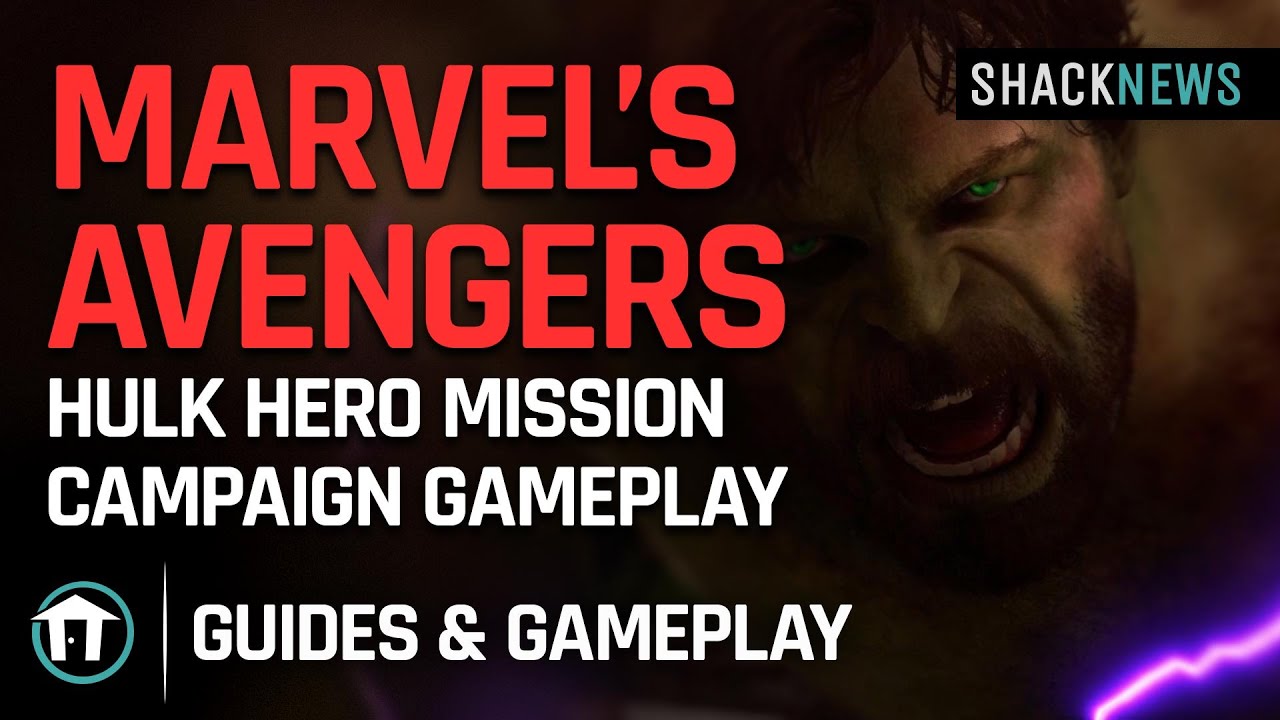 The folks over at Crystal Dynamics are putting the finishing touches on their all-new action game featuring some of the world’s most popular superheroes. Marvel’s Avengers gives players the chance to jump into battle with some of the most iconic characters in the Marvel universe. Designed as both a single-player and cooperative experience, the game aims to offer something for everyone.

We got a chance to snag some exclusive gameplay footage from one of the story missions in Marvel’s Avengers. This particular clip puts the focus on The Incredible Hulk.

After a few minutes of narrative exposition to establish the world and background events leading up into the beginning of the game, the clip opens in a densely forested area following Bruce Banner. The game’s outdoor environment looks really sharp, which should not be surprising to anyone who played the last few Tomb Raider games developed by Crystal Dynamics. If there’s anyone you could expect to deliver convincing foliage, it would be this team.

Banner is subject to a surprise attack from a group of robots, predictably causing enough anger to wake up the raging Hulk living inside. Players are then tasked with dispatching the robotic enemies by use of the Hulk’s otherworldly strength and anger. Following that encounter, the clip sees the Hulk engaging in a bit of platform exploration action as well as a steady supply of clobbering. Marvel’s Avengers is launching in September for consoles and PC.