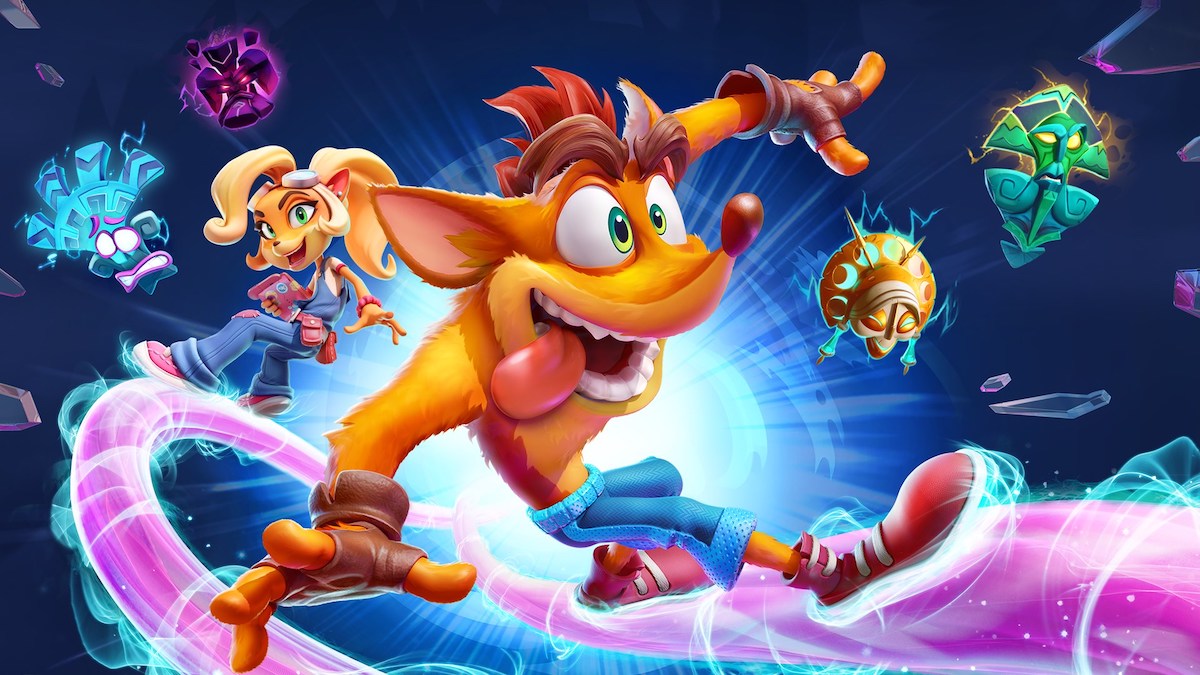 Crash Bandicoot 4: It's About Time is the fourth entry in the popular Crash Bandicoot platforming series, and it looks like some outlets have shared a look at what we can expect to see out of the game when we can all get our hands on it.

The first look at Crash Bandicoot 4 shows off the "Snow Way Out" and "Dino Dash" stages, which are basically what you'd expect from titles like those – the snow-covered level features Crash slipping and sliding around through snow-capped parapets, jumping from platform to platform, and even hitting a few TNT or nitro boxes here and there, then blowing himself to pieces.

The dinosaur-centric stage finds Crash running away from a dinosaur that's chasing him through part of the stage at first, when the level opens up a bit after that into a more traditional look. It's the same zany Crash you'd expect after all these years, after all, and well worth keeping an eye on if you can't wait to get into some more Crash. It's all well and good to play the old games, but new stuff is still fun, too.

Take a look at the new footage and let us know what you think of it in the comments below. We can't wait to get our hands on more Crash, but until then, we'll keep bringing you all the news that's fit to print about everyone's favorite bandicoot. As usual, stay tuned to Shacknews for additional updates.