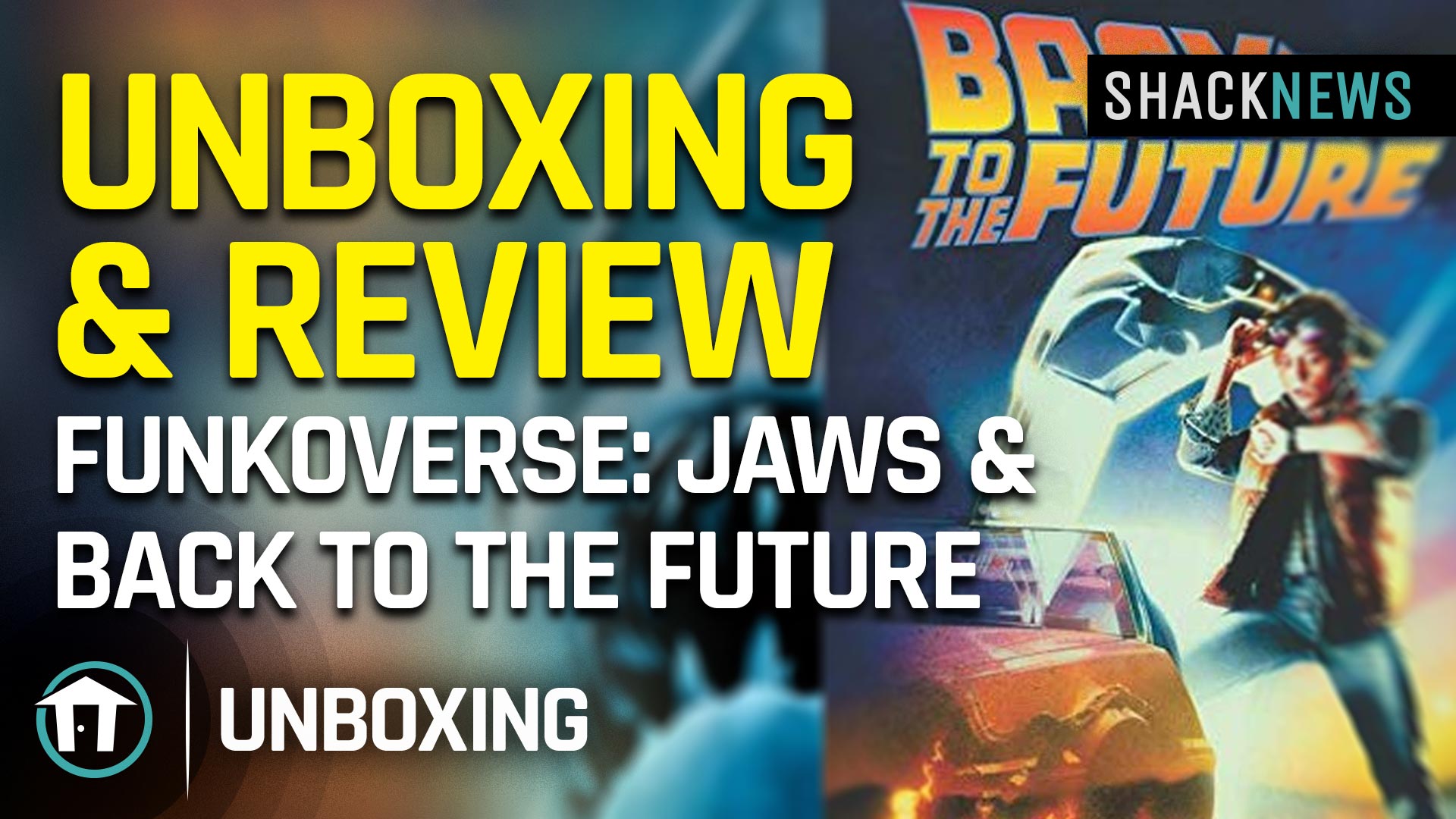 Unboxing & Review: Funkoverse: Jaws & Back to the Future

The Funkoverse is expanding with Back to the Future and Jaws themed Funkoverse board games. Today, Greg is taking a look at the two new expansions and breaking down everything you need to know about these new toy sets.

Back to the Future and Jaws are two iconic series in American cinema and Funkoverse’s attempt to bring the fun of the 80s to the Funkoverse with two new distinct board games and four new characters for you to play as. Both sets retail for $24.99 each, and we’ll break them down even further below.

First up is the Jaws package. This particular Funkoverse setup includes Funko Pop figures of Bruce the Shark and Captain Quinn. The Jaws set comes with a two-sided game board, which includes the iconic Amity beach as well as Quinn’s boat, the Orca. Both maps offer a lot of detail and places that fans will recognize. Of course, the big standout of the pack is the special Funko Pop figures of Bruce and Captain Quinn. Each one contains a great amount of detail, and the water-like effect that comes off of the shark really makes it stand out among the rest of the package.

Next up is the Back to the Future Funkoverse box. Much like the Jaws package, this one contains two figures with Dr. Emmett Brown and Marty McFly. Both figures are just as detailed as the last two, and the game board contains just as much style in it.

Each of these boxes also includes a special set of dice and unique items, including Quinn’s harpoon gun and the iconic hoverboard that Marty uses in Back to the Future. You can check out the full unboxing and reviews of both packages in the video above. Also, make sure you subscribe to Shacknews on YouTube for even more gaming videos like this.