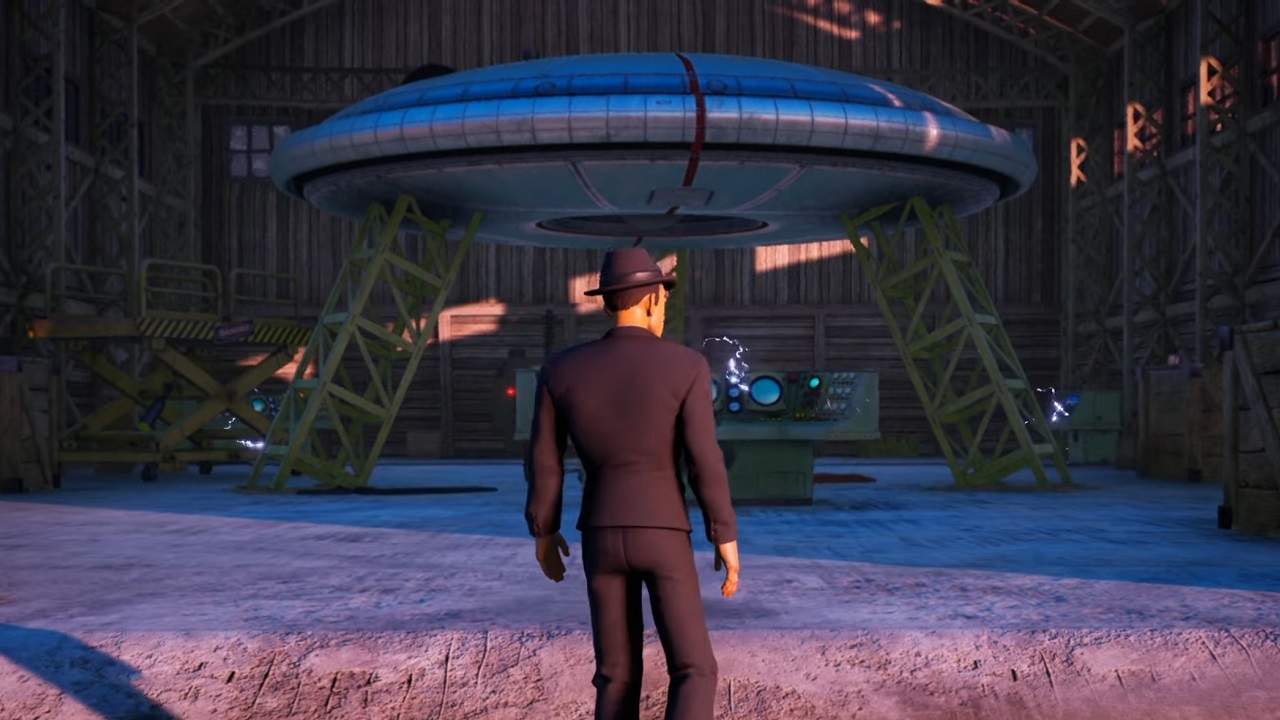 It won’t be long before the Destroy All Humans! Remake launches and we’re stepping back into the boots of Crypto in his mission to subjugate the earth and its foolish denizens. The game is already set to feature a wealth of updated visuals, effects, control, and other improvements, but it would appear we’ll be exploring an all-new level in the game when it launches as well. Recently, THQ Nordic teased a new “lost mission” featuring the mysterious government facility Area 42.

THQ Nordic launched the Destroy All Humans! Lost Mission Teaser on the publisher’s YouTube channel on July 21, 2020. Apparently a “lost level” rebuilt from the ground up, the supposed Lost Mission will allow players to take Crypto to the mysterious Area 42 – undoubtedly a spin on the well-known Area 51. On the scene, players will sneak around the base looking for clues of the schemes the humans are trying to put together, including reverse engineering an alien spaceship for their own devious uses. Crypto will have to kill and mind control any humans in his way to put an end to the plan.

With the Destroy All Humans! remake getting a July 28 release date, just around the corner next week, this will likely be one of our last major looks at the game before it launches, but it’s been a fun ride to the launch day. We’ve seen trailers sharing a wealth of fun content, including the Dependence Day trailer riffing on July 4. There’s also been in-depth looks at the likes of the redesigned Union Town and the havoc we can wreak upon it.

With the July 28 date closing in fast on the 2020 gaming calendar, stay tuned to Shacknews for the latest coverage on the Destroy All Humans! remake.