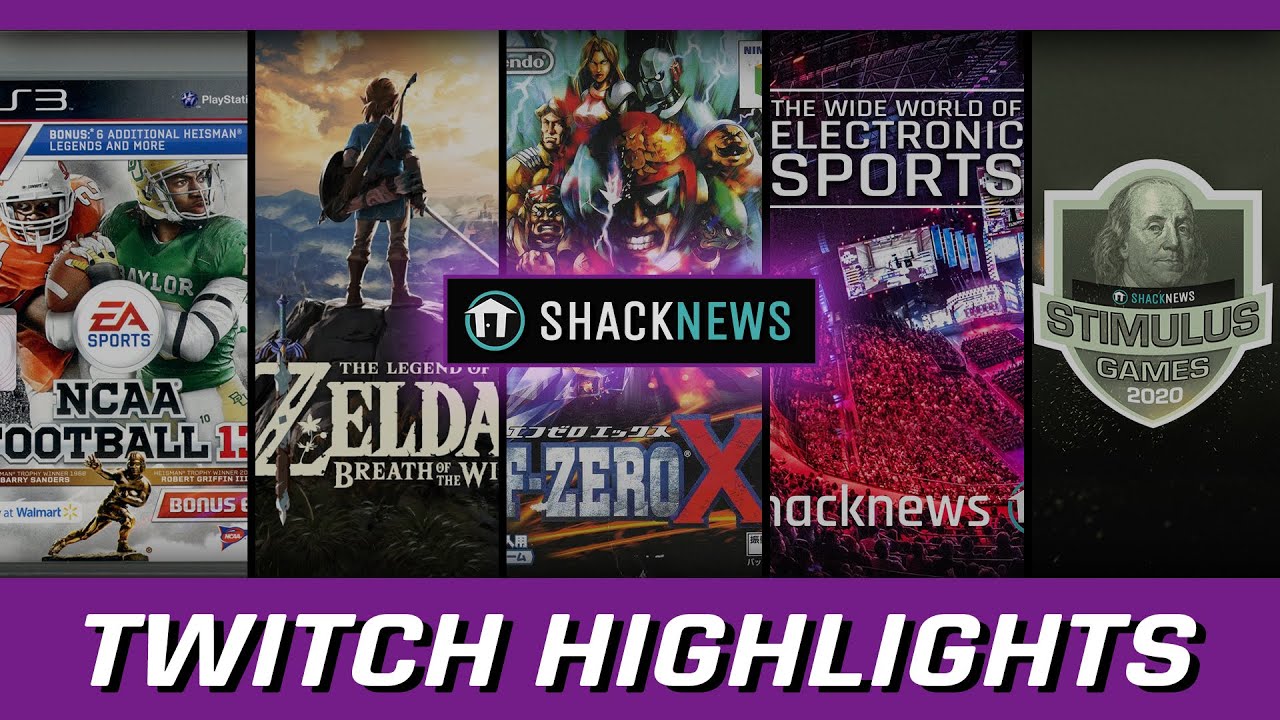 Shacknews Twitch Highlights: F-Zero X, Breath of the Wild, and The Stimulus Games

We produce hours upon hours of content on Twitch every week. Though we’ve all found ourselves with more free time in 2020 than originally anticipated, it’s still quite the task to consume every minute of streaming that we put out. Because of that, we edit the best moments down into these highlights so that you can still get your necessary serving.

This week’s Shacknews Twitch highlights features some F-Zero X action with our own CEO and Editor-In-Chief Asif Khan. Asif has been very outspoken about his love for the F-Zero franchise, and his strong desire for another installment on Switch. He played some F-Zero X on this week's episode of Late Night Army, which can be seen in the video below.

This week’s highlights also include more of Blake’s adventures in Hyrule as he makes his way through the Breath of the Wild. It also features another round of the Shacknews Stimulus Games as we continue to do our part in revitalizing the economy. For more videos, subscribe to our YouTube channel. Follow us on Twitch and turn on live notifications so that you never miss a stream.