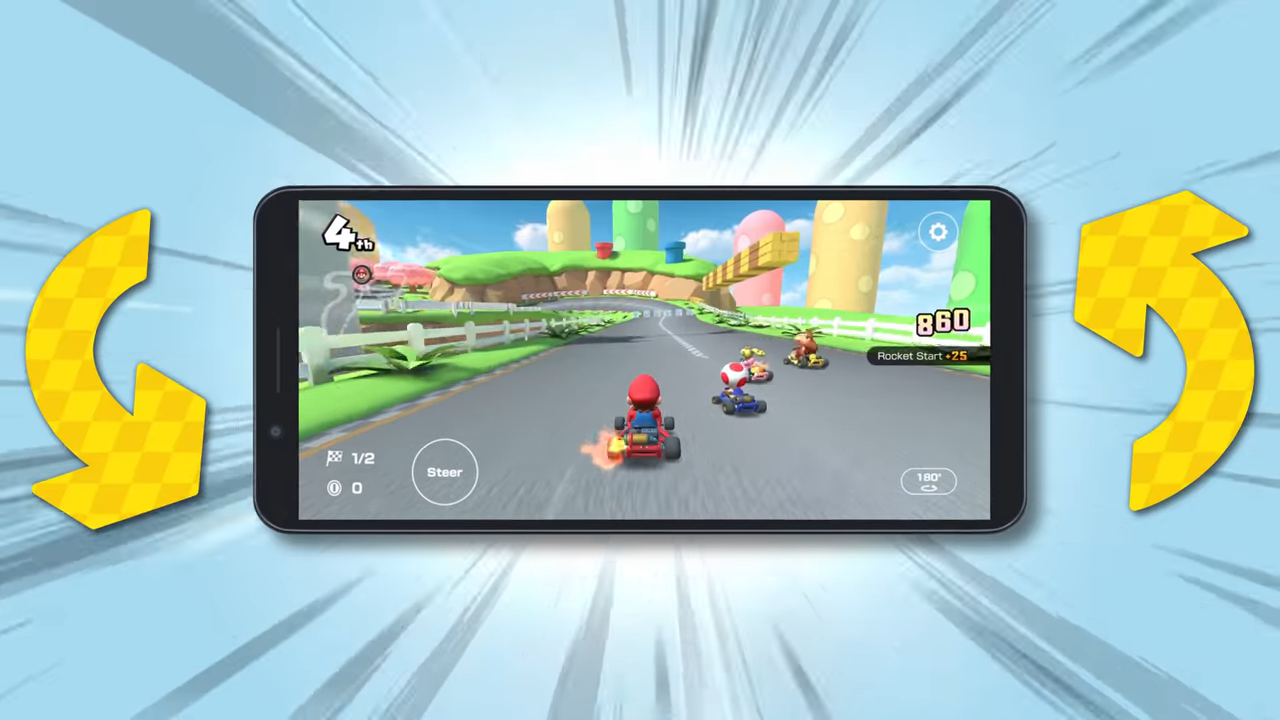 Whether you’re a fan of Nintendo’s mobile racer, Mario Kart Tour, or someone who prefers the console versions of the game, you can’t fault the gaming giant for its continued support of the platform. In fact, one particular feature that has been missing from the game is finally making its way into Mario Kart Tour, and that is landscape racing mode.

Up until now, players have been forced to race in Mario Kart Tour using portrait mode. Once tomorrow’s update arrives, though, players will be able to race however they want – in portrait or landscape mode. It’s unclear exactly how much of the game will be available in landscape mode; is it just the racing or will Nintendo also allow users to move through menus and other systems without going back to portrait mode? We’ll know more when we have a chance to go hands-on after tomorrow’s update.

Mario Kart Tour might not have been the best Mario Kart game when it released, but Nintendo has continued to update the game to bring players the features that they want. While there are still some weird settings for the mobile racer, you can’t fault anyone who enjoys the fun and frantic action of Mario Kart while on the go. If you’re just getting started in Mario Kart Tour, then make sure you check out our Mario Kart Tour topic for more info, guides, and other content to help you make the most of your time with the game.

We’ll continue to keep our eyes peeled for any future updates to the mobile kart hit, so keep your eyes glued right here on Shacknews for the latest gaming news, features, and more.