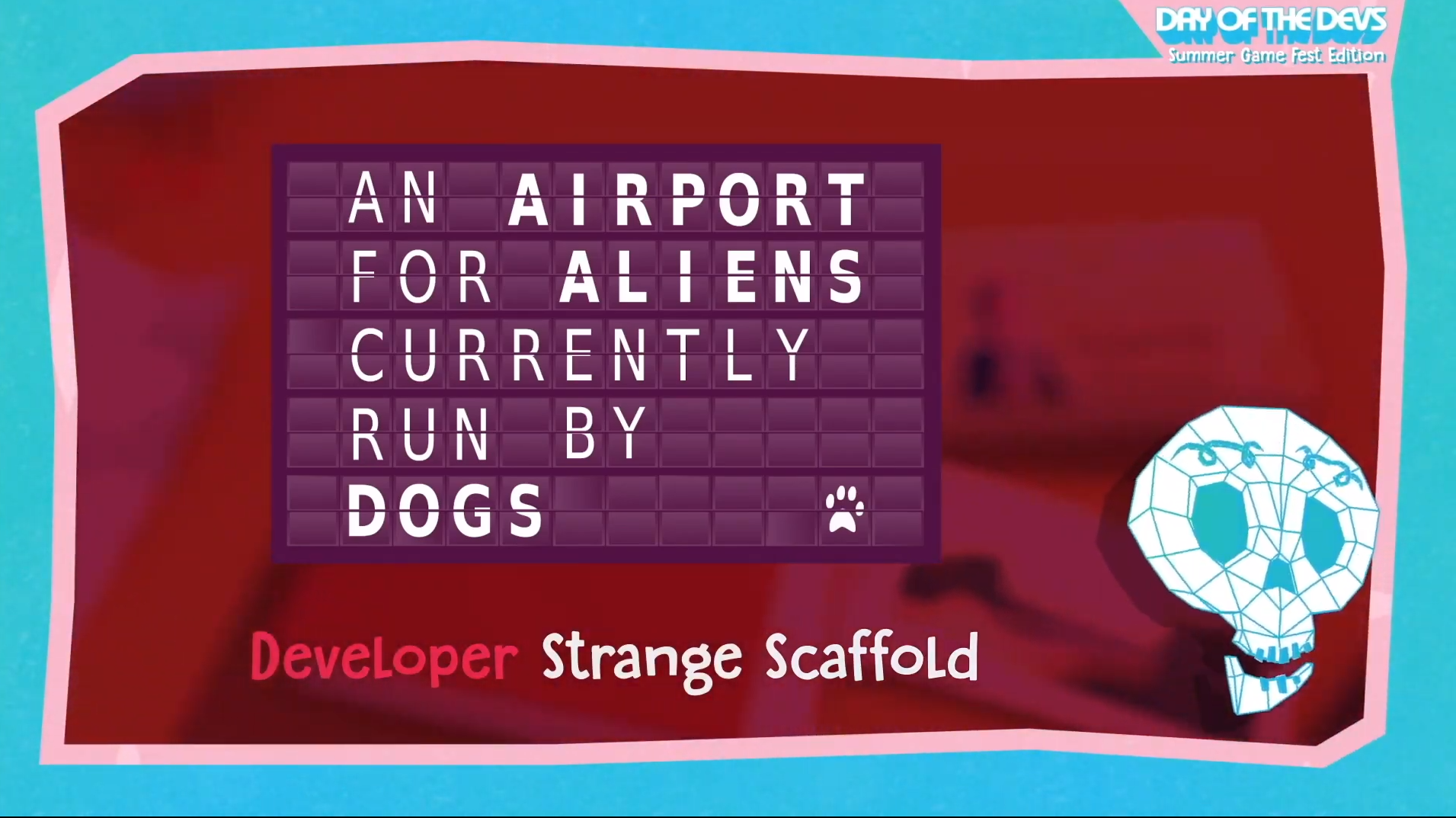 July 20 saw the Day of the Devs stream held as a part of Summer Game Fest. During the broadcast, a number of new indies were showcased and revealed. One of the more interesting games to appear on the stream was An airport for aliens currently run by dogs, a comedy adventure developed by Strange Scaffold.

“The airports you travel to, they’re evolving as you travel… making no two playthroughs the same.” developer Xalavier Nelson Jr. shared when talking about the project. With so many pups to meet and speak with, there are a lot of potential things to do in this peculiar universe. Nelson goes on to describe how making a silly game like this helped him cope with the harsh current state of the world.

We’ve got now clue as to when An airport for aliens currently run by dogs is planning to release, or even a release window, but the game’s Steam page is up and features some additional details. For more on indie games and Summer Game Fest, keep it locked to Shacknews.