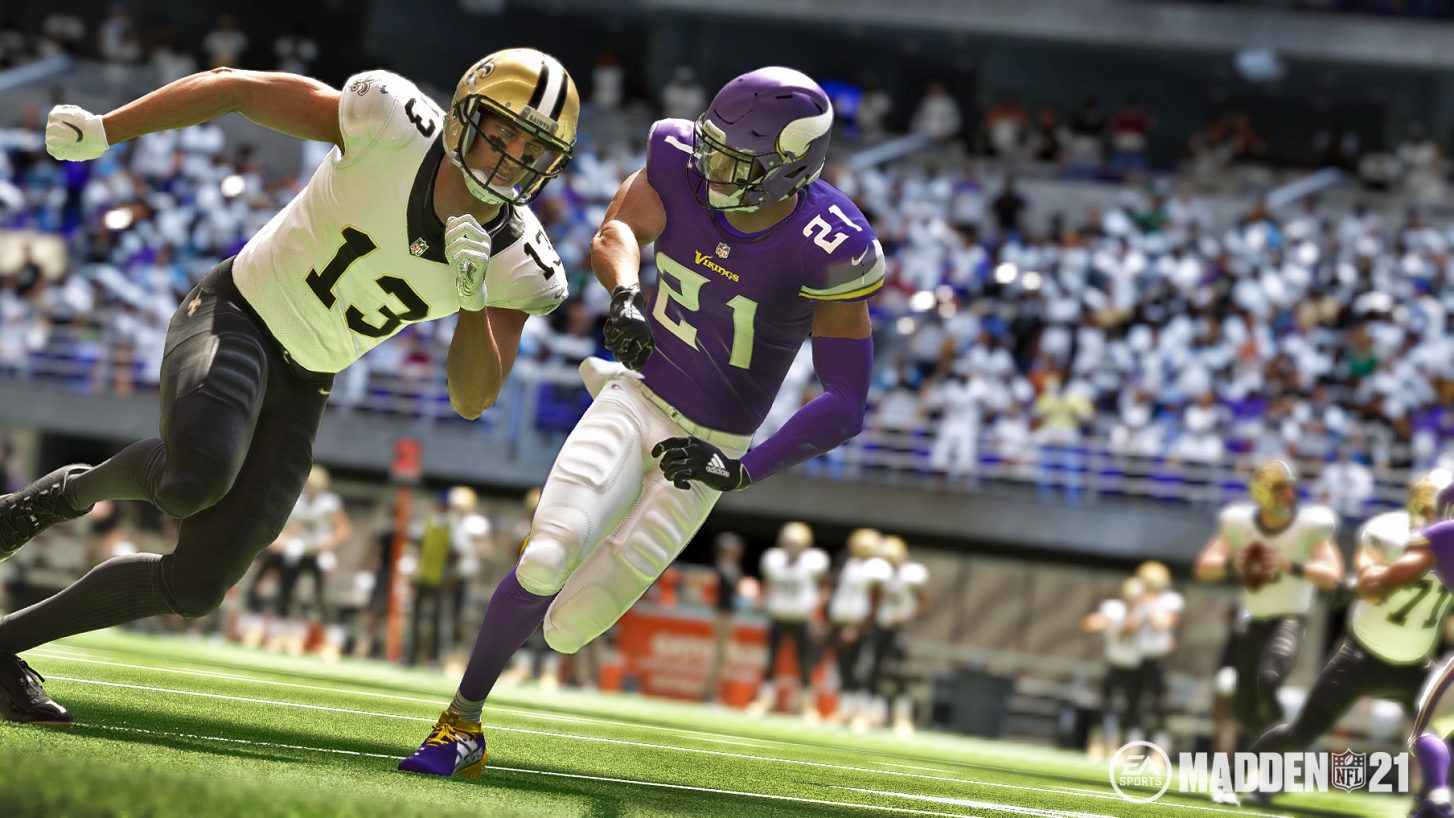 The Madden ratings have sparked some hot debate amongst sports fans, as has become tradition in the leadup to the annualized football series. EA Sports has been trickling out ratings releasing new details every day. Most recently, the developer unveiled the highest rated wide receivers in the upcoming game. Here are the top 10 wide receivers in Madden 21.

Coming off of a record-breaking season, Saints receiver Michael Thomas joins the 99 club and is the highest rated wide receiver in Madden 21. Right behind him, newly acquired Cardinals wideout DeAndre Hopkins comes in at a 98 overall, following another spectacular year with Deshaun Watson in Houston.

Though the Falcons had a bit of a rough year, star receiver Julio Jones gets a 97 overall, solidifying him as a top 3 player at the position in Madden 21. After playing a key role in taking the Chiefs to a Super Bowl victory, Tyreek Hill sees his best Madden rating yet with a 96 overall.

Other noteworthy entries in the top 10 include Buccaneers receiver Mike Evans, who’ll be teaming up with new addition Tom Brady this upcoming season. The Chargers had some serious woes on offense this season, but Keenan Allen still managed to make it out with a 91 overall. Despite an underwhelming debut in Cleveland, Odell Beckham Jr. remains in the 10 with a 91 overall rating.

So, what are your thoughts on the top 10 wide receivers in Madden 21? Are there any glaring omissions or changes that you would make? Let us know down below in the comments. For more on Madden 21, check out the top 10 quarterbacks in Madden 21, and pay a visit to our home page dedicated to the sports title.