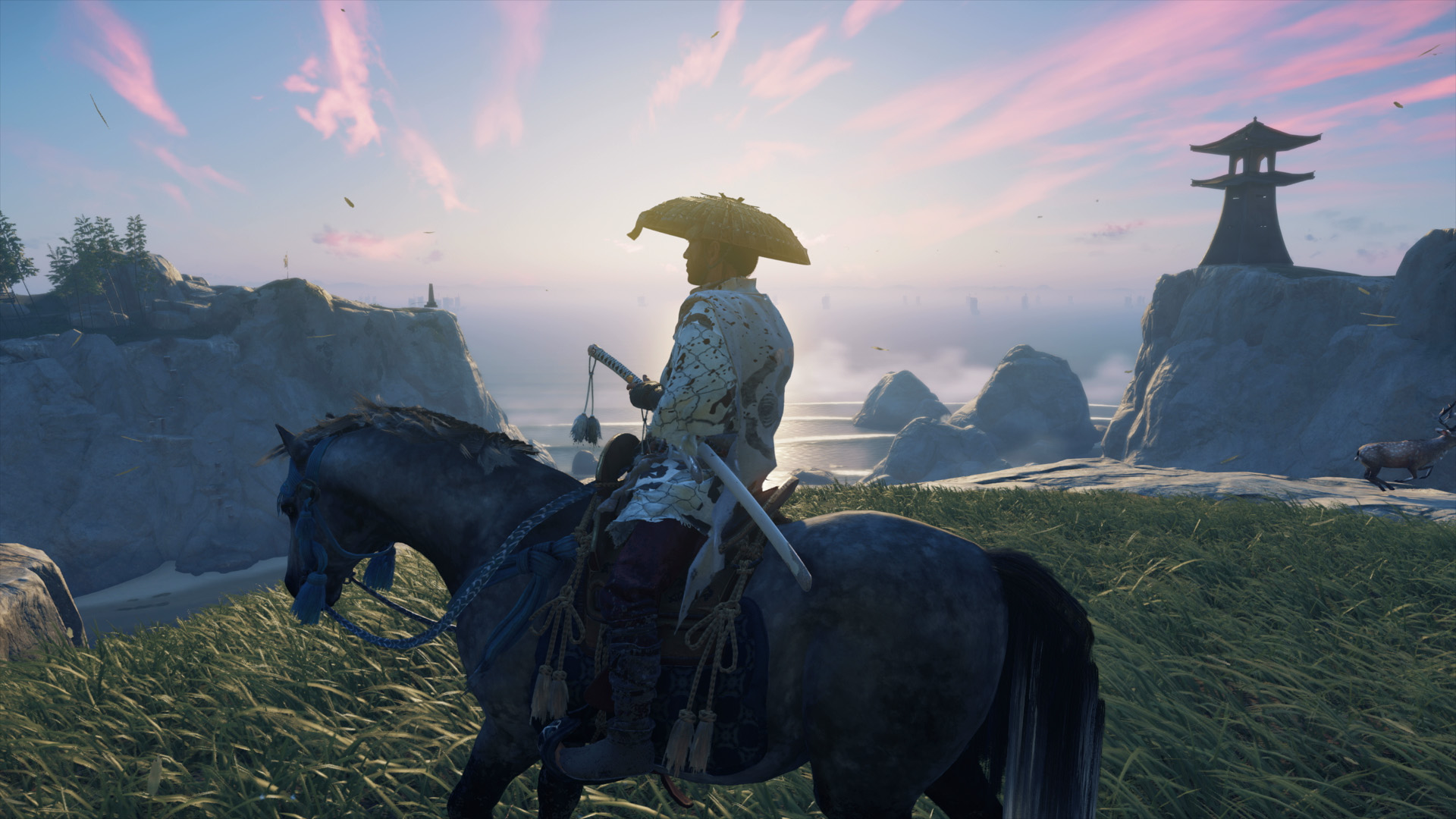 How to change the weather - Ghost of Tsushima

There are a lot of unexplained things in Ghost of Tsushima, but the “magical” flute that Jin carries is one of the most useful, especially for those looking to add more depth to the environment during their playtime. When used, Jin will play one of four different songs on the flute, all of which can change the weather in different ways.

How to change the weather

Changing the weather in Ghost of Tsushima can be extremely useful for a number of reasons. For one, more fog, or even dark rainy days can add to the Jin’s ability to sneak around camps, taking down Mongol forces undetected. Or, if you find yourself in the midst of a treacherous storm, hunting for collectibles, you can even turn the weather to the bright and sunny.

To change the weather, first head into the Gear tab of your pause menu. From here, look for Accessories and then select the silhouette of the man playing a flute. Select the song that you want to equip and then back out to the game world. From here, simply swipe to the left on the Touchpad to pull out the flute and play the equipped song.

There are four songs that players can learn to change the weather:

None of these songs are ever really explained throughout the game, but they do add a nice bit of immersion to the world. There also isn’t any real official confirmation that using Lament of the Storm or Shadows in the Fog can grant Jin any kind of actual sneaking buff, but it is nice to think that it might be harder for enemies to spot you in the midst of a terrible storm.

No matter what the songs do, though, being able to change the weather is a cool feature that many will enjoy alongside the game’s wonderful photo mode. For more help, be sure to check out our Ghost of Tsushima guide, where we’ve broken down a ton of other features in the game to help you make the most of your time with it.

How to add friends - Pikmin Bloom