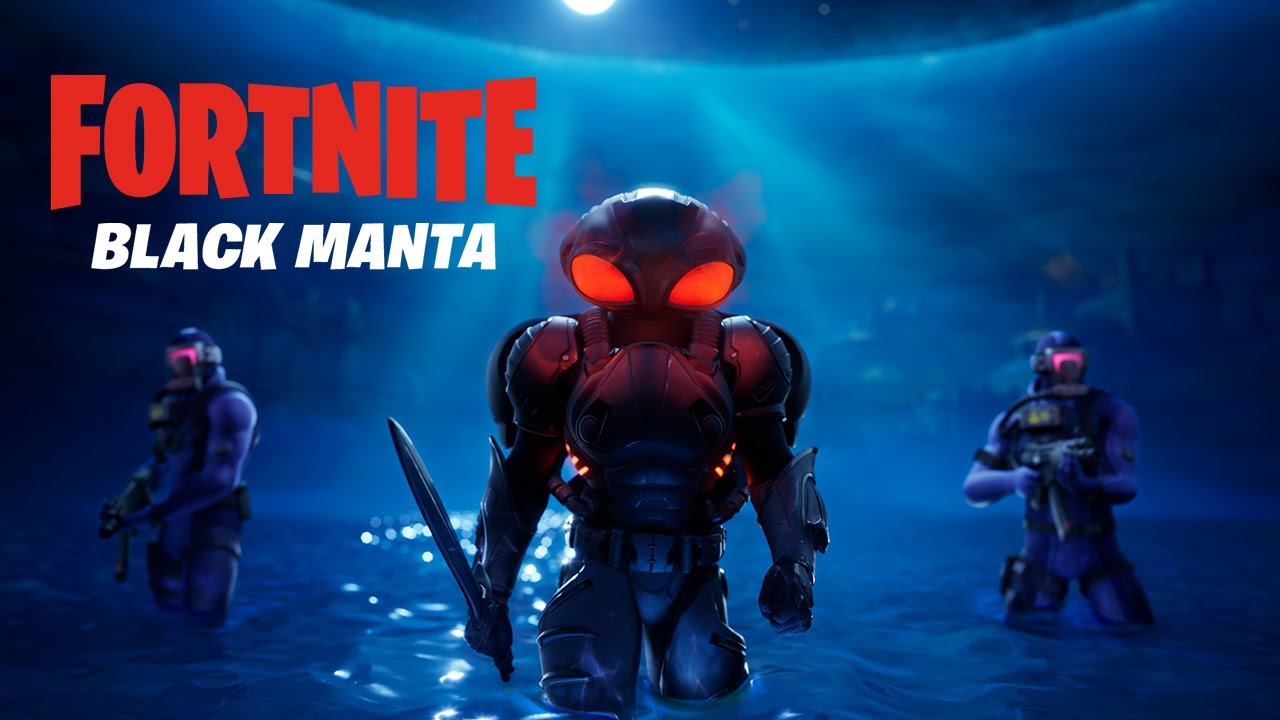 The third season of Fortnite Battle Royale’s second chapter recently kicked off, with an underwater theme. As a part of the new battle pass, players have the opportunity to unlock and play as the king of Atlantis himself, Aquaman. Now, players can suit up as Black Manta, Aquaman’s most notable adversary.

Fortnite announced the new Black Manta skin with a cinematic trailer, which can be seen below. Black Manta is another entry in a long list of comic book characters that have been added to Epic Games’ battle royale. Most recently, Captain America and Deadpool were both made available in Fortnite. Hailing from DC Comics, Black Manta and Aquaman have been arch-enemies for many years. In fact, we saw the two go head-to-head on the big screen in the 2018 Aquaman movie.

The Black Manta skin is available now in the Fortnite item shop for 1,500 V-Bucks. Players can also pick up the Manta Blades foraging tool, a dual wielded set of swords, for 800 V-Bucks. As with every other DC Comics Fortnite cosmetic, the Black Manta set is categorized as “DC” rarity. While players will need to own the battle pass and complete a set of challenges to unlock the Aquaman skin and his alternate style, any player can purchase Black Manta directly from the item shop.

Interestingly enough, the end of the trailer for Black Manta quietly teases some new styles for an old skin. We see Aquaman accompanied by his Fishstick guards, though they’re decked out in Atlantean armor. Could the Fishstick skin be receiving yet another selectable style? We’ll have to wait and find out. For more news on Fortnite, stay with us right here on Shacknews.

Discord to partner with YouTube to bring videos to the app

The Long Dark Episode 4: Fury, Then Silence due in October
Login / Register