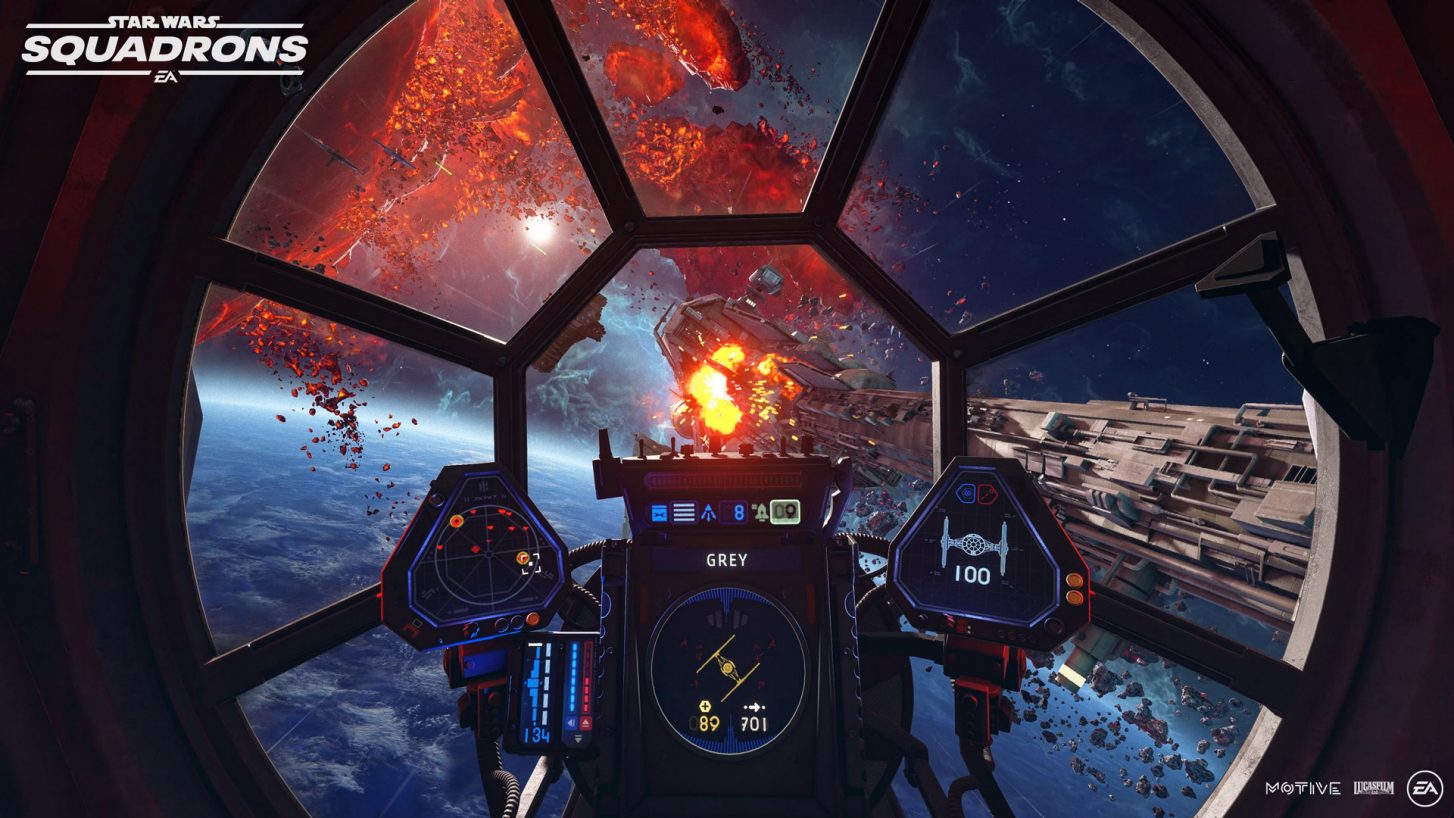 It wasn’t long ago that EA revealed Star Wars: Squadrons, a new title set in the galaxy far, far away. Centered entirely on the iconic spaceships of the Star Wars universe and those who pilot them, Squadrons is being developed by Motive, the same team behind the newly rebooted Battlefront series. EA and Motive have shared a wealth of new details all about Star Wars: Squadrons.

Given a full reveal and breakdown at EA Play Live 2020, Star Wars: Squadrons puts players in the heart of all the daring action that’s become synonymous with the Star Wars franchise. On a new post made to EA’s official website, the developers shared a bunch of new information on Star Wars: Squadrons.

The post unveils 8 unique starfighters, each bringing their own specialty to space combat. The starfighters all fall into one of four classes - Interceptor, Bomber, Fighter, and Support. Each ship has its own handling and functionality giving them a different feel from one another when inside the cockpit.

Interceptors are the best in class for dogfighting. These ships move at high speeds and pack a solid punch, but can be a bit easier to take down. Bombers are slower, more tank-like vehicles, but can deal out massive amounts of damage. Support starfighters are responsible for keeping ally ships repaired and supplied with ammunition. These ships can also slow down enemies and set traps. Lastly, the Fighter class are the balanced option in Star Wars: Squadrons, allowing players to do a little bit of everything.

One of the more fascinating nuggets of info in the blog post is about power management. “One of the core features in Squadrons is the power management system that allows you to divert power to a particular subsystem: engines, lasers, or shields. For the most part, having balanced power will get the job done, but there’ll likely be times where you want to prioritize one system in particular.” Forcing players to constantly be mindful of their power management could open the door for some fascinating strategies in Star Wars: Squadrons’ multiplayer component.