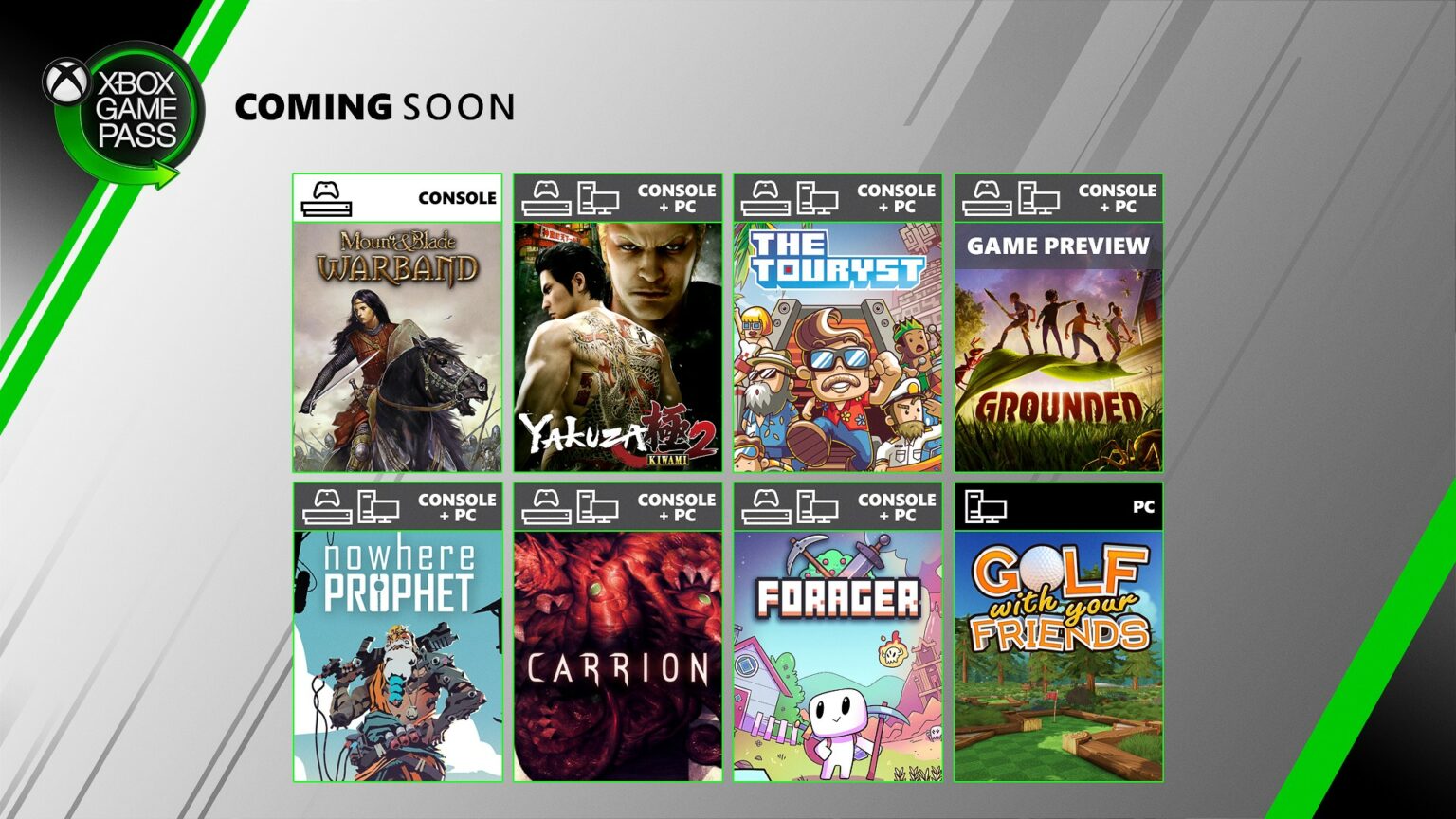 There's a cavalcade of new titles coming to Xbox Game Pass near the end of the month, so if you've been looking for something new to play, this is the perfect time to jump into a new game.

This week, you can jump into both Forager and Mount & Blade: Warband as they head to Xbox Game Pass on console and PC. Forager lets you craft, gather items, and build base from scratch as you start from nothing. You can buy land, improve your base, and do so much more as you rise through the ranks. In Mount & Blade, you will lead a group of units into battle and work to claim the throne of Calradia – this is an expansion pack to the original Mount & Blade, but it's standalone.

The following week, starting July 23, you can try out Carrion and Golf With Your Friends. Carrion puts you in the role of a strange, throbbing creature that has no real form other than a blob. You need to stalk and consume those who would cause you harm as you work to evolve and grow ever stronger. Golf With Your Friends is essentially the complete opposite. It's a golf game that you can play with friends, up to 12 players in all. No horror there.

On July 28, you'll be able to try out Grounded, which finds you shrinking down to the size of an ant as you work to stake your claim among hordes of insects and other creatures of the backyard. This Xbox Game Preview title hits just when we need it to before the end of the month so we've got a bigger game to try out before we start sloping back down to fall.

Last but not least, Nowhere Prophet, The Tourist, and Yakuza: Kiwami 2 are being added on July 30. Nowhere Prophet has you taking on the role of a leader and mystic as you work to lead a band of outcasts throughout a series of wastelands. The Tourist lets you explore a variety of locations throughout a unique action puzzle game. And Yakuza: Kiwami 2? You already know it's a Yakuza game, so it's worth your time.

All these new additions sound like your cup of tea? Be ready to embark on a new gaming journey this week and all throughout the rest of July.