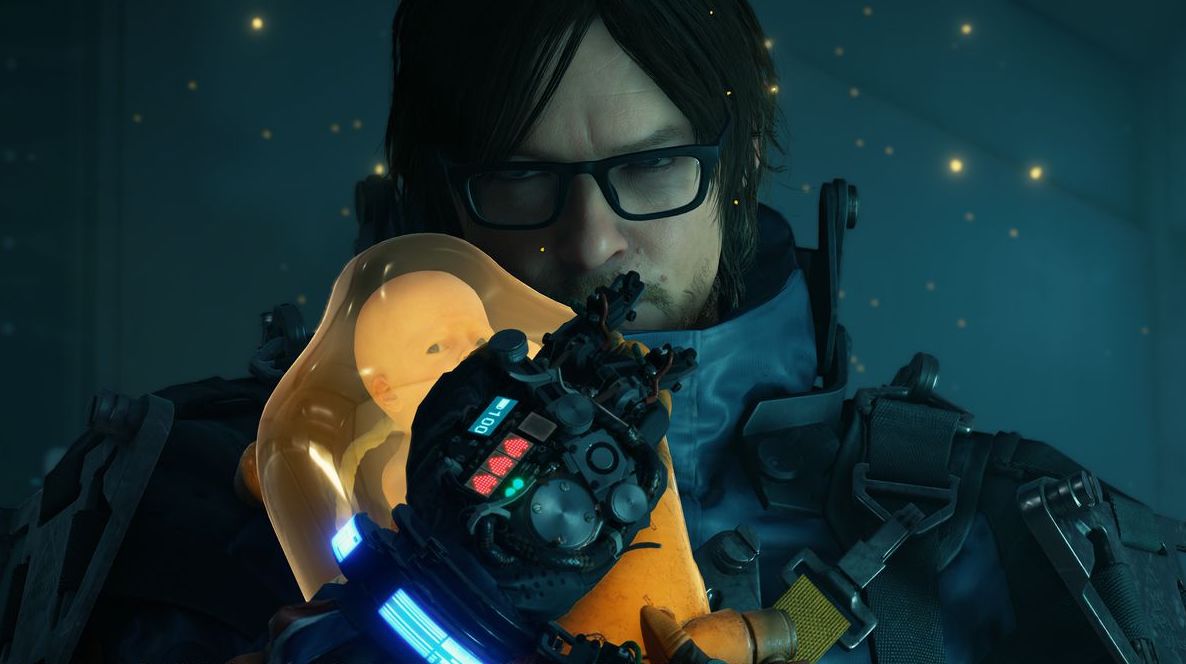 Death Stranding tips - How to get started

In the event you missed out on Death Stranding when it first debuted as a PlayStation 4 exclusive, there are no more excuses now: it's finally on PC. If you're just now jumping into the world of BTs, Timefall, and Bridge Babies, you might need a bit of help getting started. That's where we come in.

For those of you just getting started within the challenging world of Death Stranding, we've arranged a set of tips that should help you get up to speed rather quickly so you can begin connecting the United Cities of America once more – and, hopefully, get everyone to a place of healing following the terrifying event that shook the world as we knew it.

Here are a series of useful tips and tricks to get you started and then well on your way. You've got a long journey ahead of you.

Don't worry too much about setting up your birthday

Aside from being linked to cool star signs like the Cancer, Pisces, Cetus, Delphinus, and Gigas constellations, the birthday that you choose when you first start up the game really means nothing in terms of the story. Don't rack your brain over what to choose. Just select what you think fits, and go from there. While it won't affect your game in terms of special abilities or anything like that, you will get a birthday scene on your special day as well as a cake in Sam's safehowse, but that's about it. Kojima may be famous for including cool Easter eggs like these that feel as though you need to decipher down to every single molecule, but this really just is a personal preference that will end up getting you a fun scene or two. You can find out more information here.

Just run away from BTs when caught

Death Stranding's BTs can be true annoyances if they end up catching you and you're caught without supplies. But it doesn't have to be like that. Instead of letting one take you off into another area for a boss fight, just run away from the massive sea of black liquid when you enter the encounter. Escape the sea and hit the ground running. Eventually, the battle will end and the BT threat will dissipate. This will clear the area for you and you can move ahead.

Be sure to carry extra boots

When trekking throughout the world of Death Stranding, you're giving your boots hell. With that in mind, they will deteriorate as you climb mountains, walk through streams, and get more steps in than your Fitbit could ever handle. If your boots finally grind down into nothing, you'll want to have a replacement pair or two ready to go for any situation. Make sure you carry a few pairs of boots on your boot hook so you're never caught in this situation. Believe me, you don't want to be.

Death Stranding is a narrative-focused experience that expects you to follow along its important story beats first and foremost. Concentrating on the standard orders offered by each facility and prepper will ensure that you're not signing on for more than you bargained for, but will ensure you're increasing connection levels between each individual character. This will benefit you far more than delivering every single bit of lost cargo you can carry, as that will weigh Sam down until you have a better means of moving around the world. Save extra missions for until Episode 2, when you can cart things around in a much simpler fashion.

BB is your constant companion, but you also need to pay attention when it cries. This means you could be in a precarious situation with BTs on the way. While you can just escape a BT by running, you don't want to get tangled up with BTs on your tail and a MULE as well. Soothe BB when it cries and listen to when it gives you that early warning to avoid these situations. And you don't want to listen to BB crying its head off. Babies are irritating.

Just because Sam can carry cargo on top of cargo on his back doesn't mean you need to make him do so. You'll know exactly what you need for each order and you'll be given exactly that in terms of what needs to be delivered. Pack light for the rest of the trip. You only really need a sidearm, boots, a ladder, and a grenade (or a similar setup) for each sojourn. Save space for random pickups and make it easier on yourself so you don't have to continuously worry about Sam toppling over.

You'll notice that Death Stranding does autosave, but don't depend on it to take care of all of your needs or to save exactly when you need it. When you complete an especially difficult delivery or reach a destination that took forever to get to, go ahead and save manually when you're ready. Don't count on the game to do it for you. You can do this by heading to the "System" menu and saving manually whenever you're ready. Don't lose hours of progress because you thought the game had your back, because it doesn't.

Do your best to make quick deliveries

Some orders Sam can take on offer big rewards for deliveries completed under a certain amount of time. Don't tackle these until you're ready, but when you do so, make sure you try your bet to get each piece of cargo to its destination as quickly as you can. Delivery Time stats will affect your stamina, and if you continually get items to your customers on time, you'll find real growth in your stamina stat, which will improve Sam's handling and ability in general. This isn't just a useless stat.

Replay missions to get better rankings

If you ended up really tanking a certain mission when you were seeking an S-rank, just do it again. You can just replay anything you totally screw up to get a better rank. You can head back and complete boss battles again as well. It's all a matter of becoming a seasoned player and returning to fine-tune your performance so you can attain the most S-ranks you possibly can. There's nothing wrong with going back and doing things over and over to get practice, either.

Keep an open mind and be patient

Everyone loves to wring their hands and pretend that Hideo Kojima games are somehow the most obtuse in the entire world. "Oh no, what does that even mean?!" If you're feeling confused by Death Stranding's narrative initially, keep playing. Don't just sit back and assume nothing will come together. Focus on the story, don't waste time delivering random cargo, and keep an open mind. Listen to what characters say. Don't reduce the game to a "trippy" adventure that's "just another wacky Kojima game." It isn't difficult to parse what's going on if you complete the story, so keep your eyes open as well as your mind, take in all of the narrative moments, and understand what's happening. You'll have much more fun if you actually let yourself.

Want more Death Stranding tips and tricks? Be sure to check out our guide and walkthrough hub as you make your way through the game. We've got the 411 on just about anything and everything you need to know.