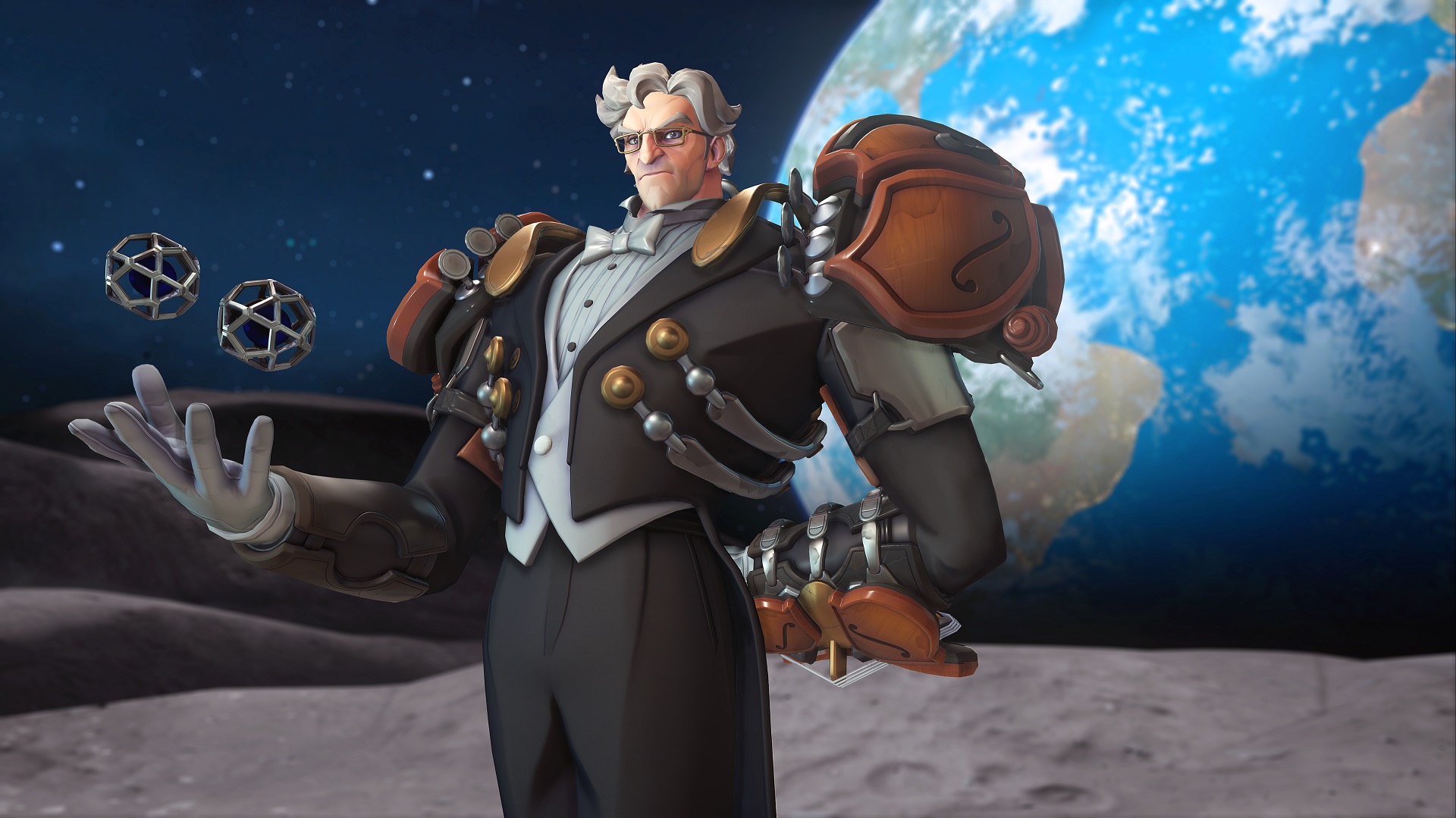 Overwatch has been making beautiful music since it first launched several years ago. But few of the characters have actually expressed their love for music in-game, outside of maybe Lucio, who's constantly listening to whatever in his headphones. But newer character Sigma, who made his debut last year, likes to enjoy the classics here and there and he's ready to introduce his musical tastes to the Overwatch fanbase with the game's latest event, Sigma's Maestro Challenge.

The key item of interest in Sigma's Maestro Challenge? It's this awesome new Maestro Sigma legendary skin, perfect for anybody transitioning from blinding opponents with science to conducting a symphony of destruction. So how does one go about picking up these orchestral duds for their favorite mad scientist?

Players will have from now through the end of the event to pick up nine wins in Overwatch. Those wins can come through Quick Play, Competitive Play, or Arcade Mode. Three wins picks up two player icons, six wins earns a new emote, and nine wins will unlock the Maestro Sigma legendary skin. Those looking to add even more to their inventory can watch any Overwatch streamer on Twitch between now and the end of the event. Watching an Overwatch stream for up to six hours will unlock up to three new sprays.

In keeping with the musical theme of Sigma's Maestro Challenge, Blizzard also announced back on Sunday that they're releasing a brand new Overwatch soundtrack. Overwatch: Cities & Countries contains several themes from Overwatch's various maps and misisons in their entirety and the full album is now available to stream across a number of streaming channels or directly from YouTube. More information on that can be found on the Overwatch website.

Sigma's Maestro Challenge is now underway across all versions of Overwatch. It's set to run from now through Monday, July 27.