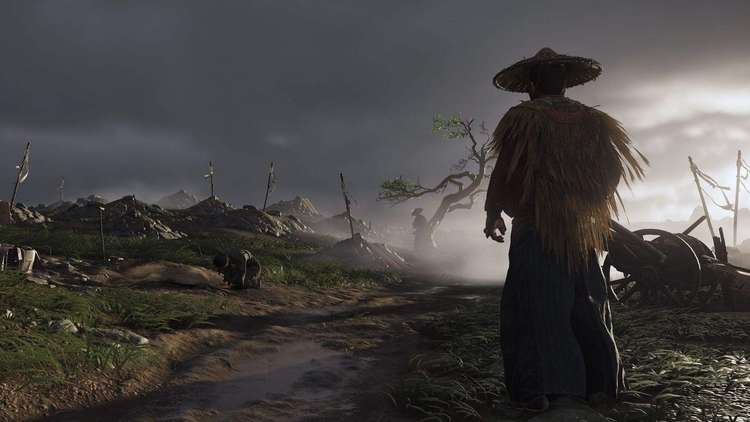 Can't wait to explore Tsushima Island in Ghost of Tsushima when it debuts this week? There's a quick launch trailer to get you primed and ready for when the game launches.

Sony's short-but-sweet trailer features samurai warrior Jin Sakai as he works to protect his people and home from the Mongol general Khotun Khan and his nefarious troops. Jin must decide whether to walk the more "honorable" path his ancestors laid out before him or to choose a completely different one: that of the Ghost, in his fight for Tsushima.

The new clip from Ghost of Tsushima shows off some of the scenic vistas seen throughout the game, with gorgeous shots of feudal Japan and the country's landmarks as well as the weapons and attacks Jin has at his disposal when fighting through those who threaten his way of life. It's easy to see how Jin wavers between the tradition and customs of the samurai and the crueler, more finite methods that he attributes to his Ghost persona.

The game is due out on July 17, and it's a PlayStation exclusive. This is one of the very last big releases for the current console generation, and Sony has certainly gone out with a bang over the last few months. Between this game and The Last of Us Part 2, it's been a great time to be a Sony fan.

Be on the lookout for our review of Ghost of Tsushima soon, and as usual, stay tuned to Shacknews for additional updates.