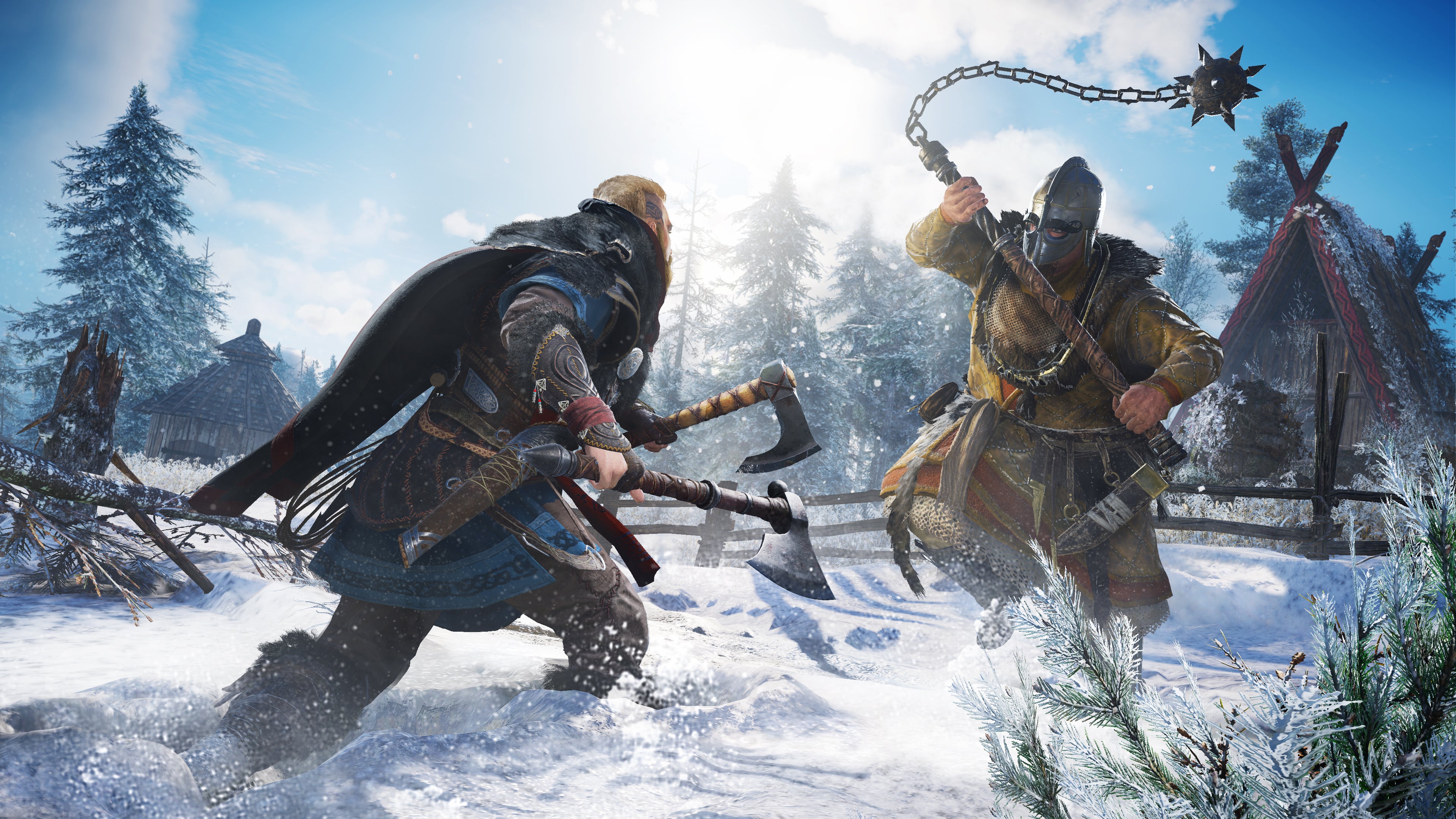 Sunday's Ubisoft Forward presentation continued with a new look at Assassin's Creed Valhalla. Ubisoft's developers went into a more in-depth explanation on the story and the characters that players can expect to meet over the course of their adventure. Players also got a release date.

The latest Assassin's Creed Valhalla gameplay breakdown trailer shows off various elements of the Viking invasion of England. This includes Longship gameplay, combat, and more. This includes the ability to dual-wield weapons, fire off bows from a distance, or perform the standard hidden blade assassinations. Players will be able to take part in large-scale Viking raids, hunt for legendary animals, and explore the massive landscape of the British Isles.

Players got to take a closer look at Eivor, who will be either male or female depending on the player's choice. Players will leave the land of Norway and venture out to England, where they will inevitably clash with the Anglo-Saxon population. This means covering the full range of ways that players can combat their enemies, much of it involving up-close brute force action.

Assassin's Creed Valhalla will release on PC (to the Epic Games Store, not Steam), PlayStation 4, Xbox One, and Google Stadia on November 17. PlayStation 5 and Xbox Series X (with Smart Delivery confirmed) versions are also coming as soon as those platforms release. Shacknews isn't finished with its look into Viking times just yet. We'll have more on Assassin's Creed Valhalla shortly.