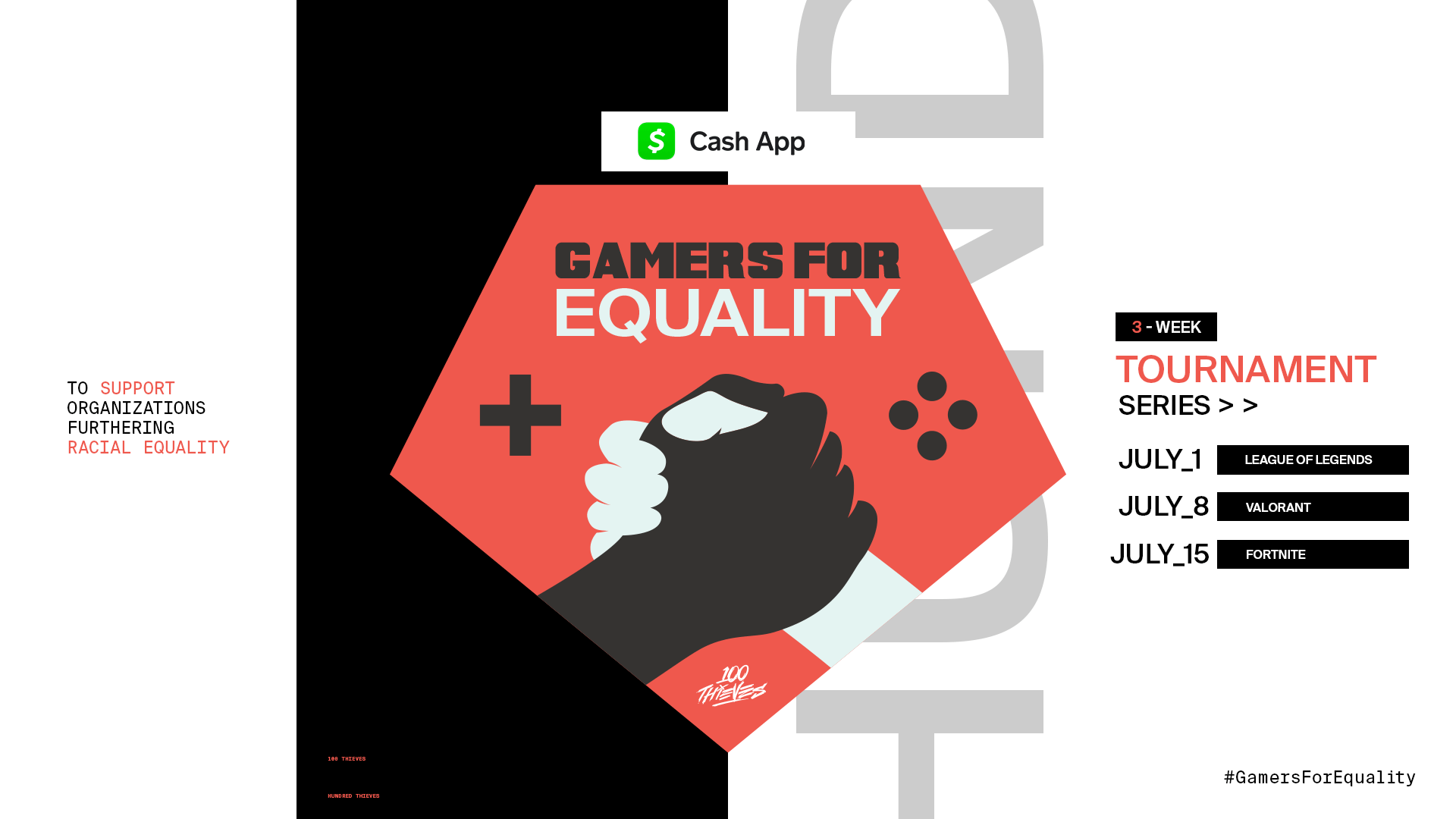 It was just a short time ago that esports organization 100 Thieves announced Gamers for Equality, a Warzone tournament meant to raise funds for charity. In light of the civil unrest in America sparked by the unlawful killing of George Floyd at the hands of Minneapolis police, many companies have stepped forward to pledge money for the cause. Shortly following the announcements, 100 Thieves shared that they would be suspending the tournament indefinitely, citing rights issues with Activision as the cause. Now, 100 Thieves has announced the tournament is back on, but with League of Legends, Valorant, and Fortnite as the games being played.

100 Thieves claimed that there would be issues using Warzone for the tournament, as Activision wasn’t willing to give them rights to use their Call of Duty Battle Royale on a sponsored charity stream. Regardless of the semantics, Gamers for Equality is back on and ready to raise money to fight racial inequality.

The new iteration of 100 Thieves’ tournament will now feature League of Legends, Fortnite, and Valorant. The competition kicks off on July 1 with League of Legends. The event will continue on July 8 and 15 with Valorant and Fortnite, respectively. The tournament will donate a total of $100,000 to organizations working in support of racial inequality. There aren’t many details as to the competitors or a breakdown on how the winnings will be dispersed, but we expect to learn those details in the near future.

100 Thieves is just one of many companies to use their reach and influence to raise awareness for causes close to the Black Lives Matter movement. We also saw The Pokemon Company and Electronic Arts come out and commit to donate towards the cause.