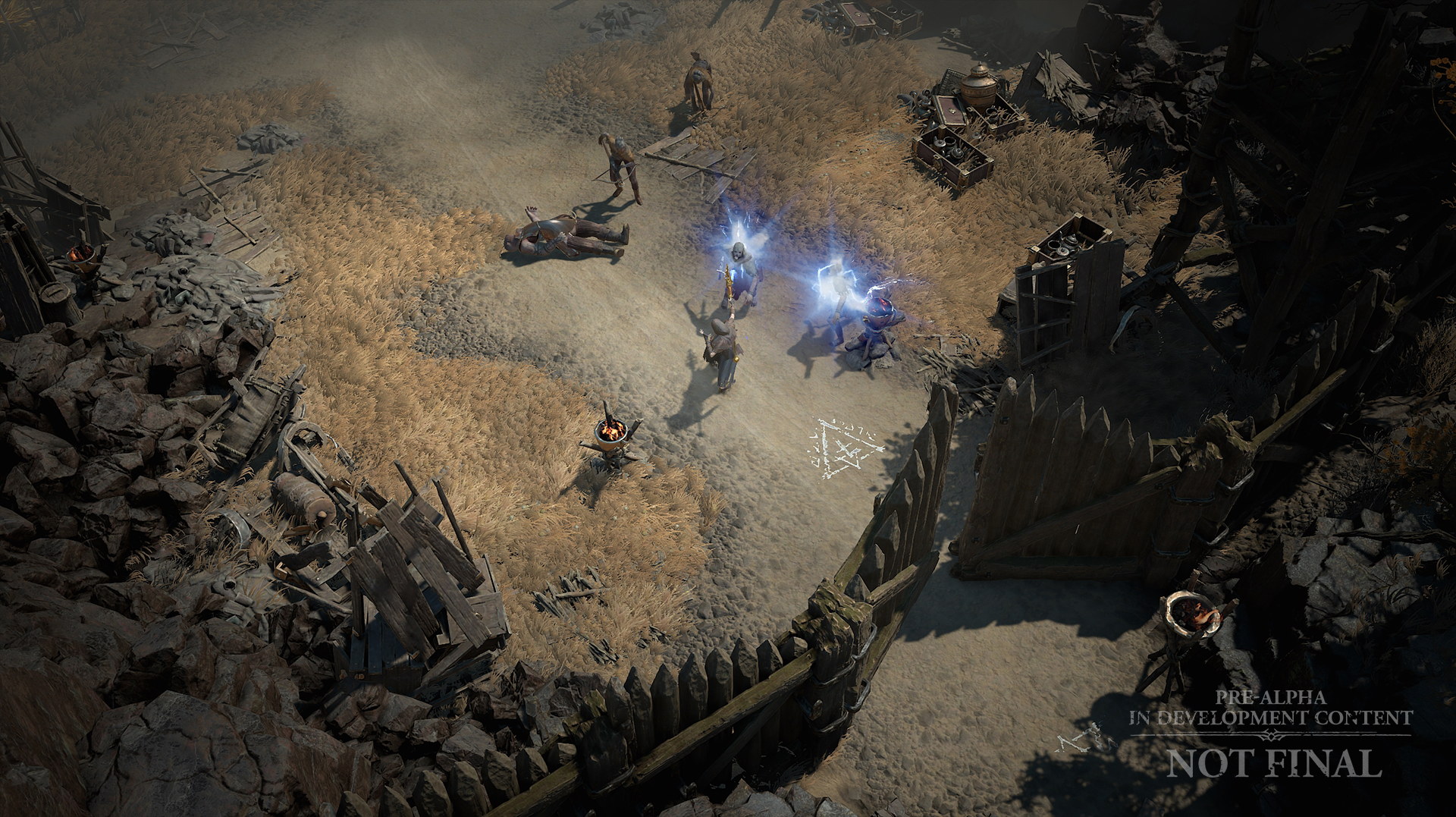 Diablo 4 is still a long way from its final release date, but Blizzard doesn't want to go another couple of years with radio silence on their end. So in an effort to keep the fanbase informed, they're releasing a new dev blog updating everyone on their progress. On Thursday, Blizzard detailed some new areas that players can expect to explore, including the new region of the Dry Steppes and the open world as a whole.

The Dry Steppes represents a desolate area within Sanctuary. It's a dreary region containing its own demons, monsters, dungeons, and cinematic instances that push the story forward. Thus far, it's the first "completed" portion of Diablo 4, complete enough to the point that Blizzard playtesters have been able to run through the region in its entirety. Blizzard does note that the visuals are in a rough state in an effort to toss around ideas or build on what they have. Currently, Blizzard notes that testers who focused only on the core story were able to complete the Dry Steppes region in a few hours, but testers who played through the various open world elements nearly doubled their time in the region.

The details about the open world sound much more interesting. There appears to be a much more social element to the open world instances. Blizzard also details how players should expect the Camps feature to work.

"While we have many open world activities, such as crafting, events, world PvP, and side quests, perhaps the most popular open world feature was Camps," states the Diablo 4 blog post. "These are locations of importance that have been overrun by enemies, which once cleansed turn into friendly outposts with friendly NPCs and a waypoint location. While there is a backstory to each camp, most of the storytelling is visual and quests don't directly send you to them. For example, one of the camps in the zone was a town afflicted by a curse that turned villagers into piles of salt. Another was a crypt, haunted by a spirit that possesses the bodies of various undead—jumping from skeleton to skeleton until you defeat him."

There's much more that the Diablo blog post goes into, including how multiplayer will work within the space of dungeons. Visit the Diablo 4 website for that and other tidbits about the upcoming dungeon crawler. This is just the beginning for Diablo 4 and, as one might imagine, there is no current release window for the game's final version. We'll continue to keep our eye on Diablo 4's ongoing development and report back with any more information as it arises.