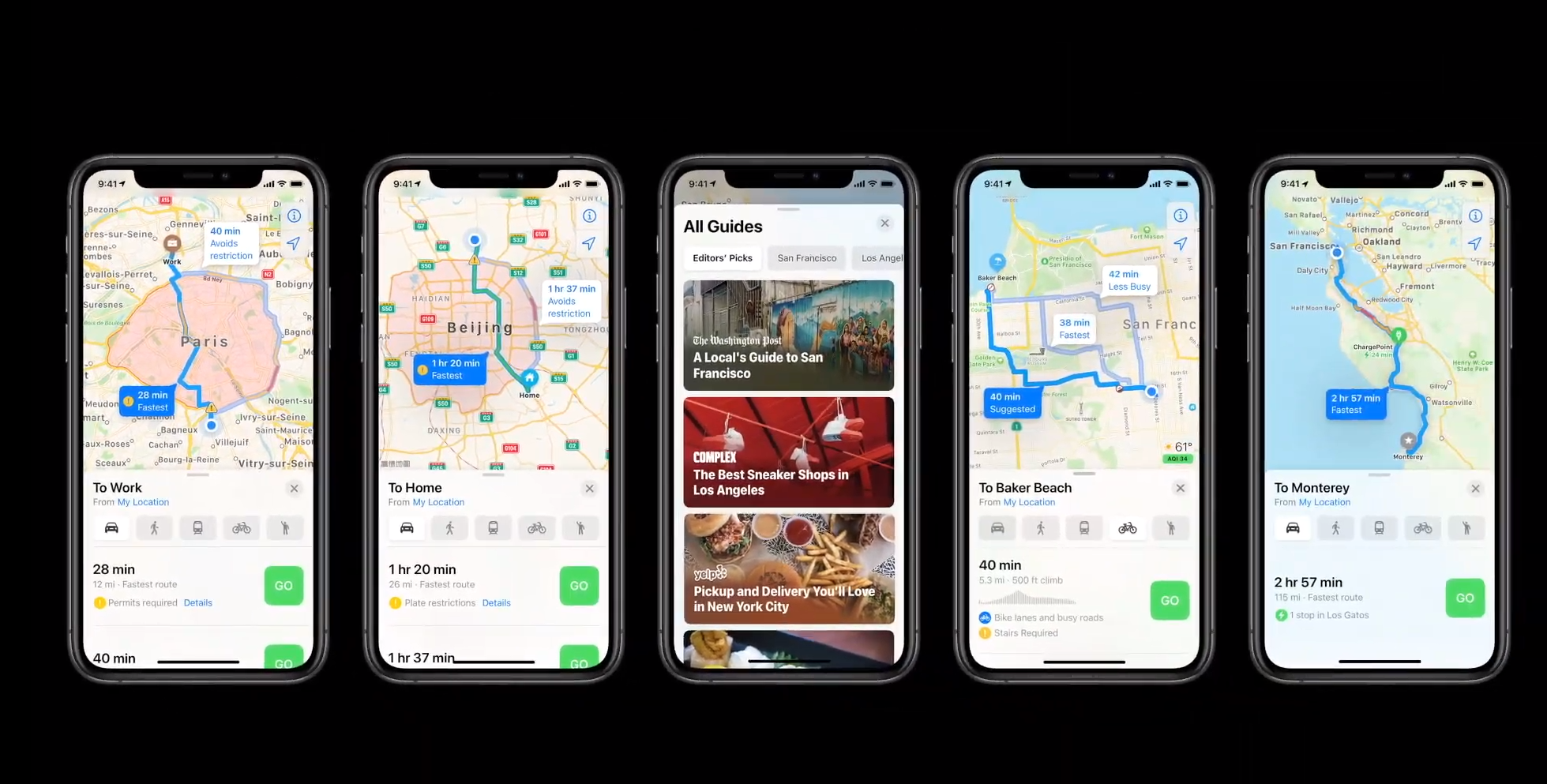 Today during Apple's annual WWDC the iOS team broke out a ton of new features of the iPhone. One of the biggest updates included several new highly-demanded features for Apple Maps such as a new guides mode, cycling features, and locations for charging electric vehicles.

Apple has added a new Guides feature to maps that will show you places to check out while on your trips such as tourist spots, but it can also find you local places to eat and shop, and other noteworthy locations. Guides can be saved and will be automatically updated to provide even more options.

But it's not just about showing you great places to go it's also about showing everyone new ways to get there, as the team has finally added cycling directions to the list of route options. The new cycling feature will let you know what roads are more traffic heavy and even show you where the ride gets steep or if you'll need to carry your bike up stairs. The cycling feature is starting with several major cities including New York, Los Angeles, the San Francisco Bay Area, Shanghai, Beijing, and even more cities that have yet to be named.

Along with the new features for guides, cycling, and EV routing, Apple Maps will now offer congestion and green zones to maps to allow alternate routing options. Drivers in China will even be able to store their license plate numbers on their phone and maps will let them know what days they can enter congested city zones.

Apple didn't stop today's reveals with the Map app updates either. Several other new features and functions were revealed across Apple's entire line of products, so be sure to check out all our WWDC 2020 coverage so you don't miss a thing.