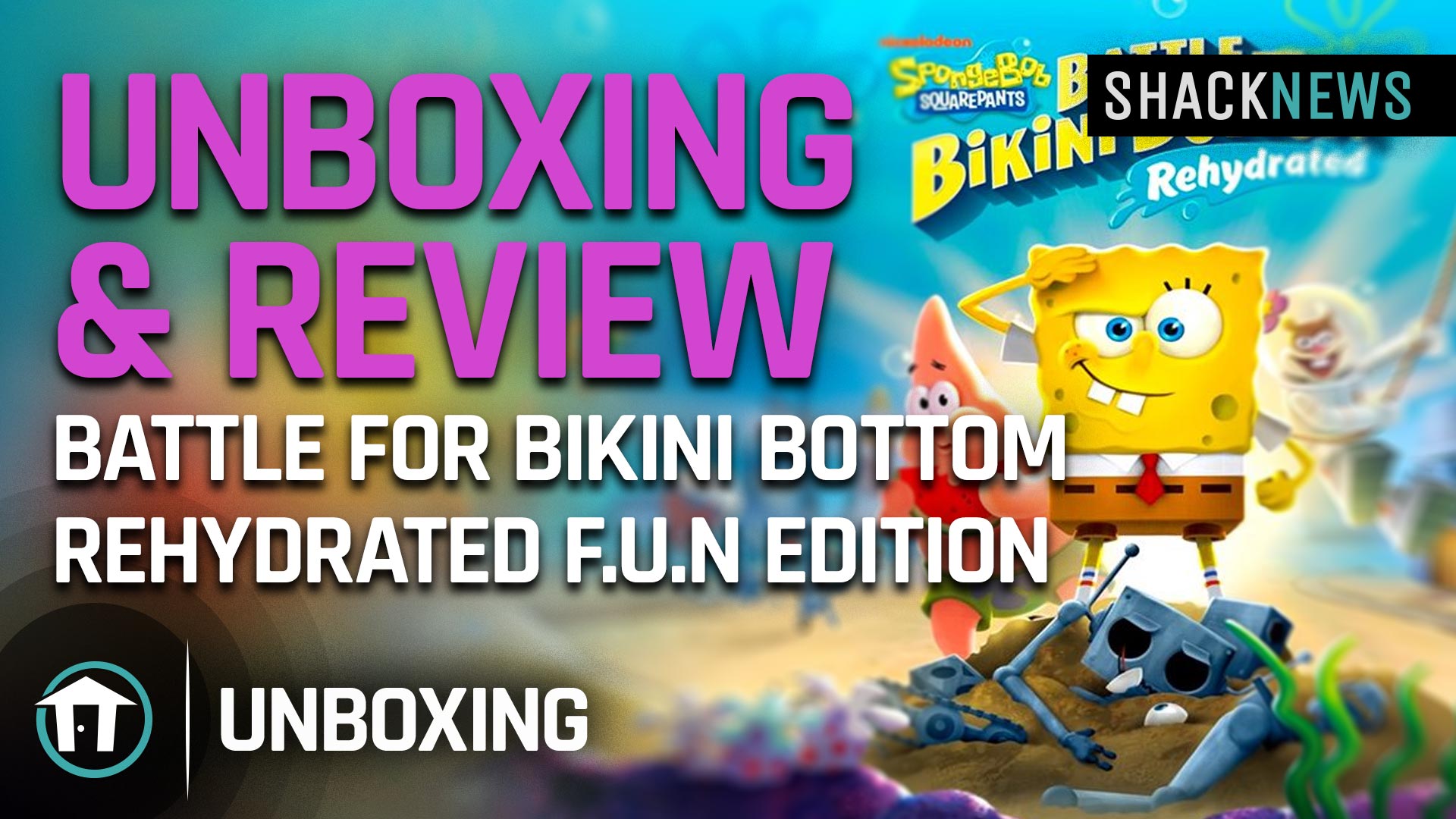 Today’s unboxing is a special one. Many people are excited and highly anticipating the release of SpongeBob Squarepants: Battle For Bikini Bottom – Rehydrated, and today we’re going to be unboxing the special F.U.N. Edition of the game.

Right off the bat, I’ll admit that this is probably the longest thing I’ve ever unboxed. The box is absolutely massive, and it barely fits my unboxing station. That being said, the developers have managed to fit a ton of great items inside the box, and it all comes out really clean and organized.

Of course, you’re going to get a copy of the game with the F.U.N. Edition, but on top of that you’ll also receive three special figurines. The first figurine is a nine-inch Spongebob figure. Next up is the eight-inch Patrick figurine, and then finally, the collector’s edition includes an eight-inch Sandy figuring, giving you three of the show’s iconic characters to add to your shelf.

Each of the figurines look great and have a lot of detail. If you’re a SpongeBob fan, then you’re definitely going to love these collector items, along with the lithograph screens, wall stickers, and a pair of SpongeBob socks. The wall stickers alone take me back to the days when I was a kid, getting in trouble for putting stickers up on the wall in my room. I think that’s kind of the point, and the items contained in the F.U.N Edition do a great job of appealing to the kid inside of you.

Moving on, the five totem keychains included in the package all offer a great amount of detail. The keychains are made of a strong durable plastic that gives a little bit when you place pressure on it. This means you won’t have to worry about the keychains breaking immediately if you drop them a couple of times. They do scratch over time, though, so that’s something to be aware of.

You can check out the unboxing and review in the video above. The SpongeBob Squarepants: Battle For Bikini Bottom – Rehydrated F.U.N. Edition costs $299.99 USD, and while it seems like a high price, you’re getting a lot of really good stuff in the box. For more great content like this be sure to subscribe to the Shacknews YouTube channel.