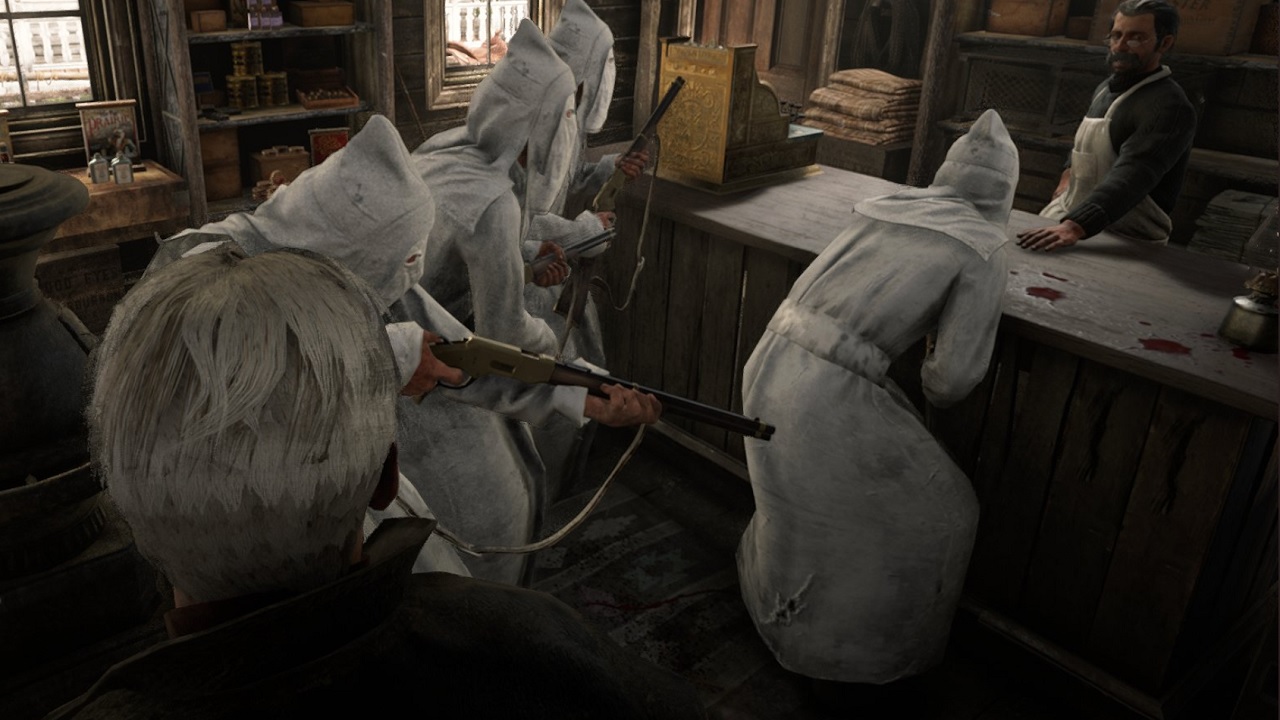 There are a lot of fun ways to play around in Red Dead Redemption 2’s online component. For better or worse, it’s also a cheater’s playground as Rockstar has struggled to zero in and find permanent solutions to the many different manipulations and modding that some players employ in the game. That said, Rockstar appears to have cracked down on one specific cheat in which players were trolling other players by spawning in a bunch of KKK members on them.

It was as early as June 4 that players were reporting the use of KKK npcs being dumped in Red Dead Online to harass others as posted by Reddit user Brilliant_Duck. They weren’t the only one. Twitter account Red Dead Online Community reported a growing number of instances being posted across both Reddit and Discord detailing similar situations. While KKK npcs aren’t normally found in online, modders have traditionally used modded menus to take npcs found in the single player game and spawn them in throughout the online mode, such as a massive pile-up of bears. But recently, Rockstar seems to have found at least a temporary solution to stopping the KKK mass spawn from happening.

It checks if you are in online, detects an event that spawns peds, check if the ped model match any of the KKK models and instantly deletes it.

While it may be a temporary fix, a Rockstar representative confirmed to Polygon that they had indeed created a quick fix that would keep players from utilizing KKK npcs at all in the online mode. It might be a band-aid, but given the proximity of cheaters mass-spawning KKK members to the civil unrest caused by the death of George Floyd and other victims at the hands of police brutality, it was clearly a matter that Rockstar felt a priority to address.

Hopefully the effort towards a fix like this means that Rockstar is building a path towards creating a more permanent solution for spawn cheaters and griefers in Red Dead Online. In the meantime, if you need a legit way to progress through Red Dead Online's various challenges, be sure to check out our guides and walkthrough.