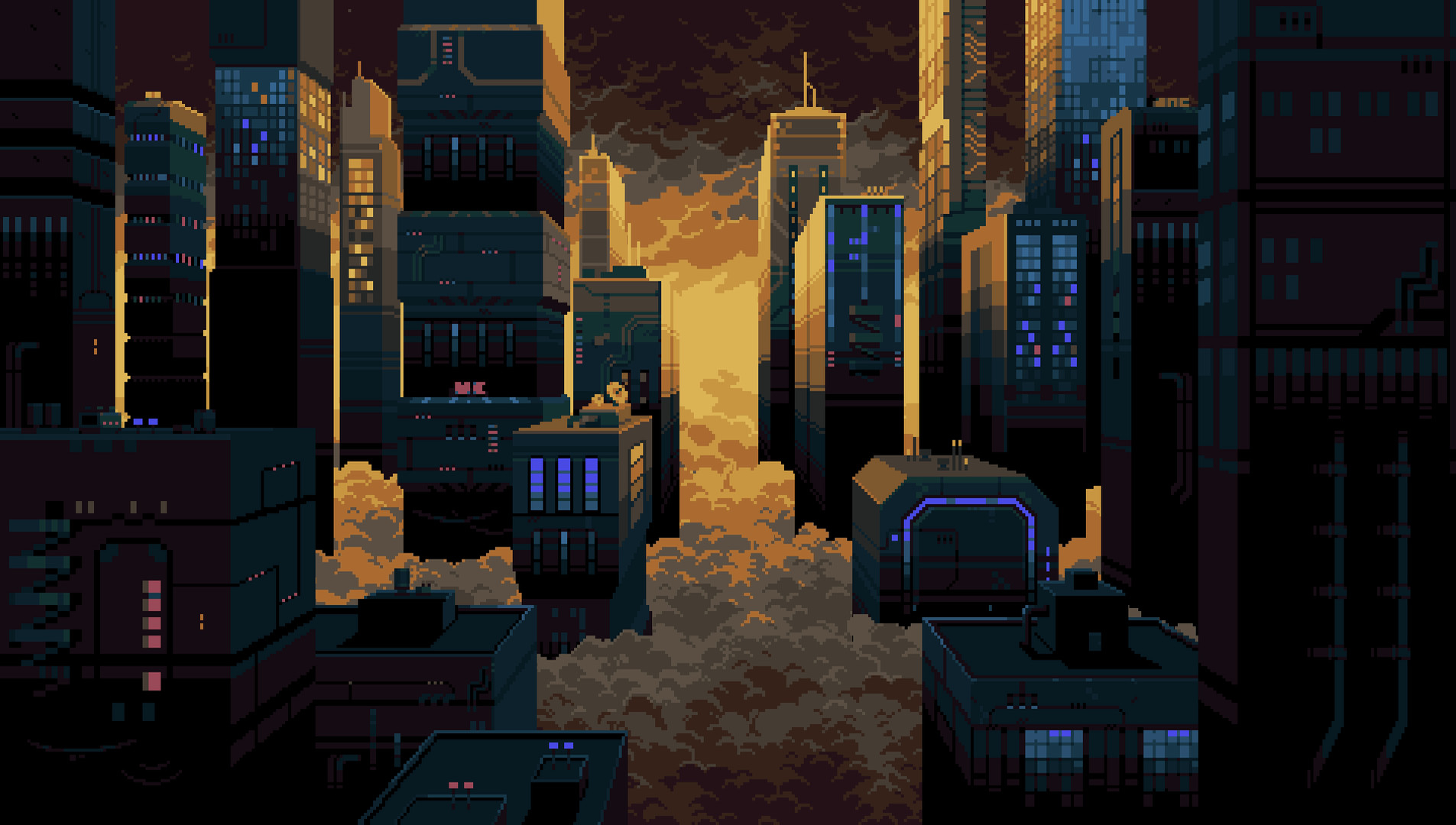 The cyberpunk genre has a multitude of settings and styles it leans into. One of the most prominent is the hardboiled detective hunting down leads in a dystopian city. While movie buffs will think immediately of Blade Runner, there haven’t been a lot of games that entrench themselves in this style, until now. Disjunction is a game currently in development by Ape Tribe Games, a small studio operating out of New York, and it looks to take players on a journey through a dystopian New York City as a detective investigating a plot involving drugs, crooked cops, and corrupted corporations.

The year is 2048. There’s been economic collapse, and probably worse. New York is one city that, despite making advancements, has felt the damage of this more than others with Central Park turning from a lush oasis in the concrete jungle to a shanty town with its own name: Central City.

This community of the downtrodden has its own leader, Lamar Hubbar, who was just arrested after being found carrying the illicit drug Shard.

Tangentially, the major of the New York is weighing up whether to sign a contract with a private security corporation called Bisoph-Kraus. The company wants to deploy “cybernetically enhanced security personnel” into the area in a bid to deal with the crime.

And so, with the story setup, Disjunction paints a picture of the type of discussions and topics tackled within its narrative.

The demo build begins with players taking control of Jack, one of the three playable characters in Disjunction. Jack is a hardboiled detective with a mysterious past, a past that has resulted in him having synthetic eyes after a criminal burned them out.

Jack is requested by a woman named Sibyl to investigate what happened to Lamar, as she believes he is innocent. While Sibyl asks the player to be stealthy and avoid detection, it’s entirely up to the player whether they follow through with this. However, this is where Disjunction really shines. If the player opts to completely ignore Sibyl, to shoot up the place and leave it a bloodied mess, there are outcomes where she simply won’t talk to Jack anymore.

While the story paints the backdrop and gives the game momentum, it’s the gameplay that takes it to a new level. Disjunction features a stealth system that rivals some of the best. The character becomes harder to detect while in the shadows and crouching, guards have a cone of vision that players can see as well as a meter showing awareness, and there are a variety of tools and strategies that blend together in Disjunction’s sandbox.

In our playthrough, we were able to utilize the alarm from security cameras to distract guards. Typically, this would spell disaster, but in this case it allowed us to slip by undetected. Similarly, an unconscious guard would pull another guard off of his patrol route, giving us an opening to smack him with our baton.

When things get a bit too hectic, Jack does have his trusty revolver to fall back on. However, as mentioned above, certain characters may have preferences as to how you tackle a mission. For a lot of players, there will be a balancing act of stealth and shooting your way out of a situation.

Beyond player mechanics, Disjunction also features some interesting design choices like its uplink system. These special pads located in each level that save your progress at that point. These are single-use items, which immediately pose an interesting decision tree for the player when found. Should the player save now to be safe or push forward, clear a few more rooms, and save later? It’s a small moment, but one that gives the player more control over how they tackle each level.

Progression in Disjunction is all about player choice. There’s also an immediate sense of freedom when it comes to progression, as Disjunction is clear from the beginning that upgrades are not permanent and can be changed at the start of missions. This clarification actively enforces alternative playstyles and experimentation between missions.

Character evolution is done through one of two ways. The first is an upgrade system. Each upgrade will improve one of the character’s core ability in some fashion. While these upgrades aren’t permanent, they’re not handed out for completing missions, they must be earned.

This is done in a similar fashion to Arkane Studio’s 2017 hit, Prey. Upgrade kits are hidden in the environment, off the main path. If the player wants to grow stronger, they will need to put the character’s skill to use acquiring these kits. Much like the uplink save points, it gives the player more agency over how they approach a level as well as how they want their character to evolve.

Then there are talents which utilize XP. Every level offers XP for completing the main objective as well as a side task. Though subtle, each upgrade will improve the effectiveness of the character, such as by increasing Frank’s baton attack speed or increase Frank’s movement speed while sneaking. Much like the upgrades, talents are not permanent, giving players the ability to change up strategies each level.

Disjunction is showing a lot of promise, both within the cyberpunk genre and for players looking for a new stealth game to scratch the sneaking itch. If you like what you’re seeing, be sure to check out the Disjunction Steam page, where you can add it to your wishlist ahead of its 2020 release and download the demo!