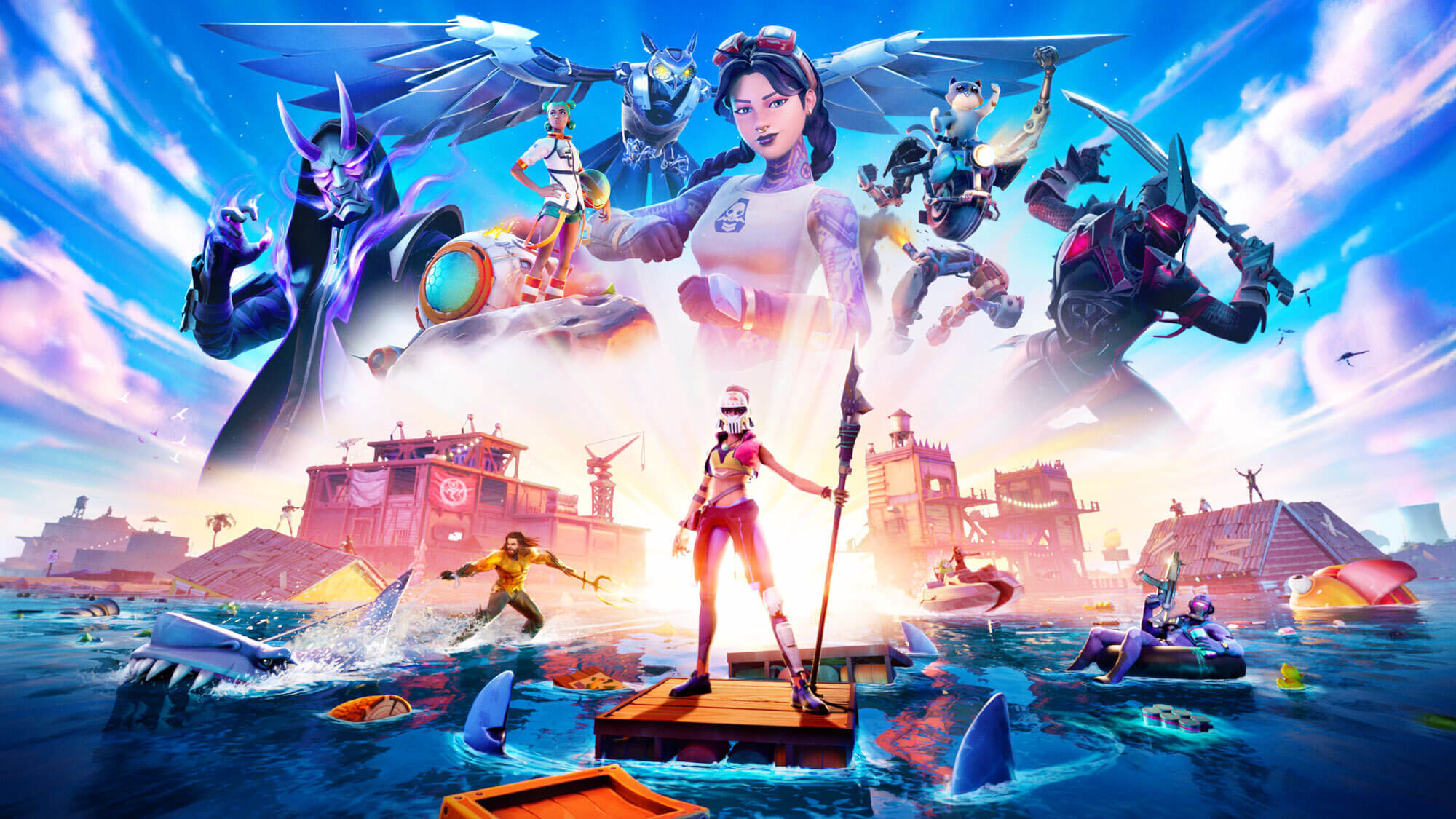 Nearly three years in, and the seasonal shift that takes place every few months in Fortnite Battle Royale are some of the highest anticipated events in gaming. Each season brings new changes to the map, the item pool, and a new battlepass to progress through. The long-awaited Season 3 has finally arrived, and there’s a lot to unpack.

The biggest change in Fortnite Season 3 are the changes made to the map. With the stage set by The Device event a few days prior, Season 3 sees a battle royale map covered in water. Many of the POI’s are inaccessible, as they have been completely submerged by water. Over the course of the season, the water level will sink, revealing new secrets around the world.

Luckily, players won’t have to spend the majority of their time swimming around from point A to point B. These waters are populated by newly added sharks. Typically hostile if you get too close, players can latch on these sharks using a fishing rod and ride behind them, similar to wakesurfing. Killing these sharks will reward players with some high-tier loot.

For the completionists out there, or those that simply find themselves putting a great deal of time into Fortnite Battle Royale, the battlepass offers numerous rewards for completing a variety of challenges. The battlepass for Season 3 features new unlockable skins. This includes Fade, a new skin that seems oddly similar to a character from a popular new FPS game. Owners of the battlepass will also be able to build their own umbrella. This functions just like the Maya skin from Season 2, where you unlock new customizable parts with weekly challenges. Also, the battlepass for Fortnite Chapter 2 Season 3 will allow players to suit up as Aquaman himself.

The transition to Season 3 also marks the release of update v13.00. This patch brings about some changes to the game’s loot pool, removing some items and adding new ones. The new weapon in Fortnite Season 3 is the charged shotgun. Taking the place of the pump, this new item works like a modified version of the classic weapon. Now only holding three shells in a clip, players can hold down the fire button to charge up a powerful shot. It’s unlike any weapon in the game, and it’ll be interesting to see how impacts the meta going forward.

Fortnite Season 3 also brings back the hunting rifle, as well as the chug jug as a mythic item. For the full breakdown on everything new, visit Fortnite’s official website. Now that you know what’s new in Fortnite Chapter 2 Season 3, you’re ready to jump in and start chasing those victory royales. Bookmark our Fortnite guide hub for more helpful articles on the battle royale.