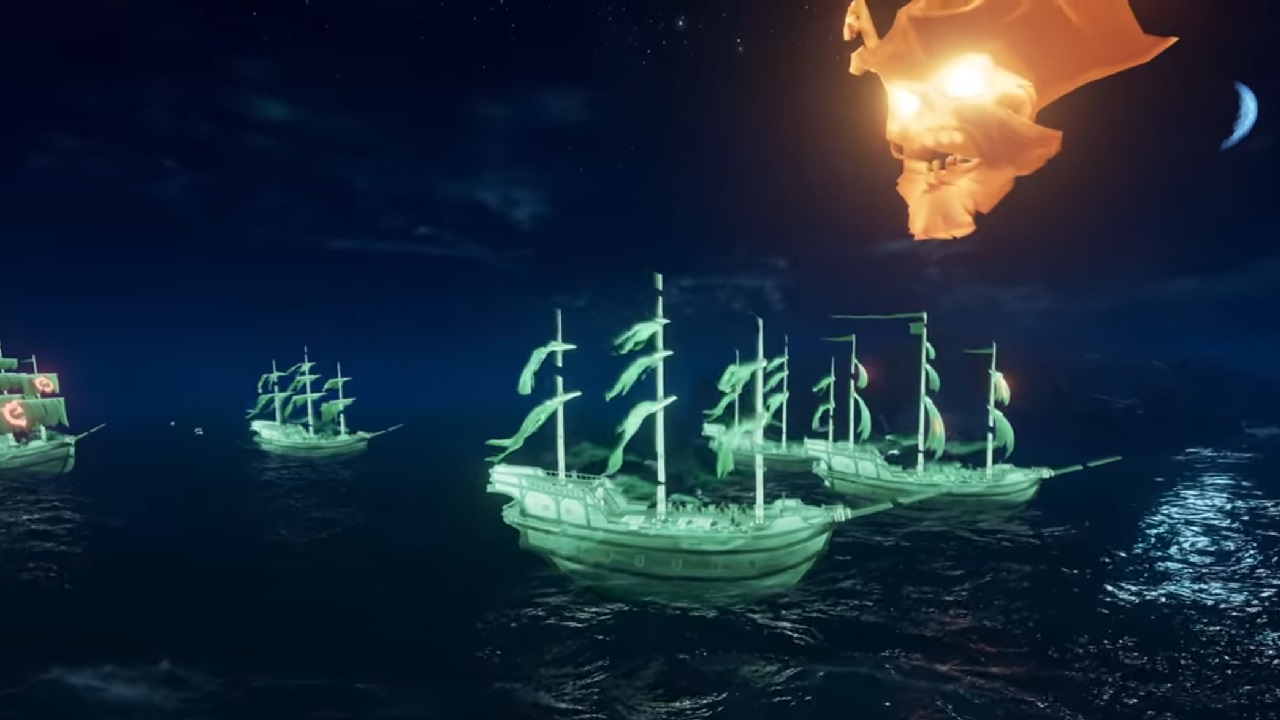 The pirate life is about to get spookier than in the latest Sea of Thieves Haunted Shores update. The dread pirate lord Flameheart’s power is rising, and with it comes chaos spread across the world’s waters as phantom ships join the seas to do battle against your crews and send your ship to the same fate as theirs. You’ll have to sail carefully and engage with decisiveness if you want to survive their spectral armaments, including the new, hard-hitting wraith cannonballs. We’ve got a full set of notes for update 2.0.16 right here for you.

Sea of Thieves Haunted Shores update 2.0.16 was dropped on June 17, 2020 on Xbox, Windows, and Steam, with a set of patch notes on the game’s website. The topline of this set of patch notes are the armada of ghost ships that are now sailing the ocean at the service of Flameheart, a dread pirate lord who has been a constant fixture of previous Tall Tales. Players will fight to sink these phantom ships in order to face off against Flameheart himself and his flagship, the Burning Blade. You can see these details and more in the full notes below.

With Sea of Thieves Haunted Shores update 2.0.16 having launched, you’d best bring your ace navigating and naval combat skills to play. Be sure to check out our Sea of Thieves walkthrough and guide to make sure you have everything you need to know at your scurvy fingertips!