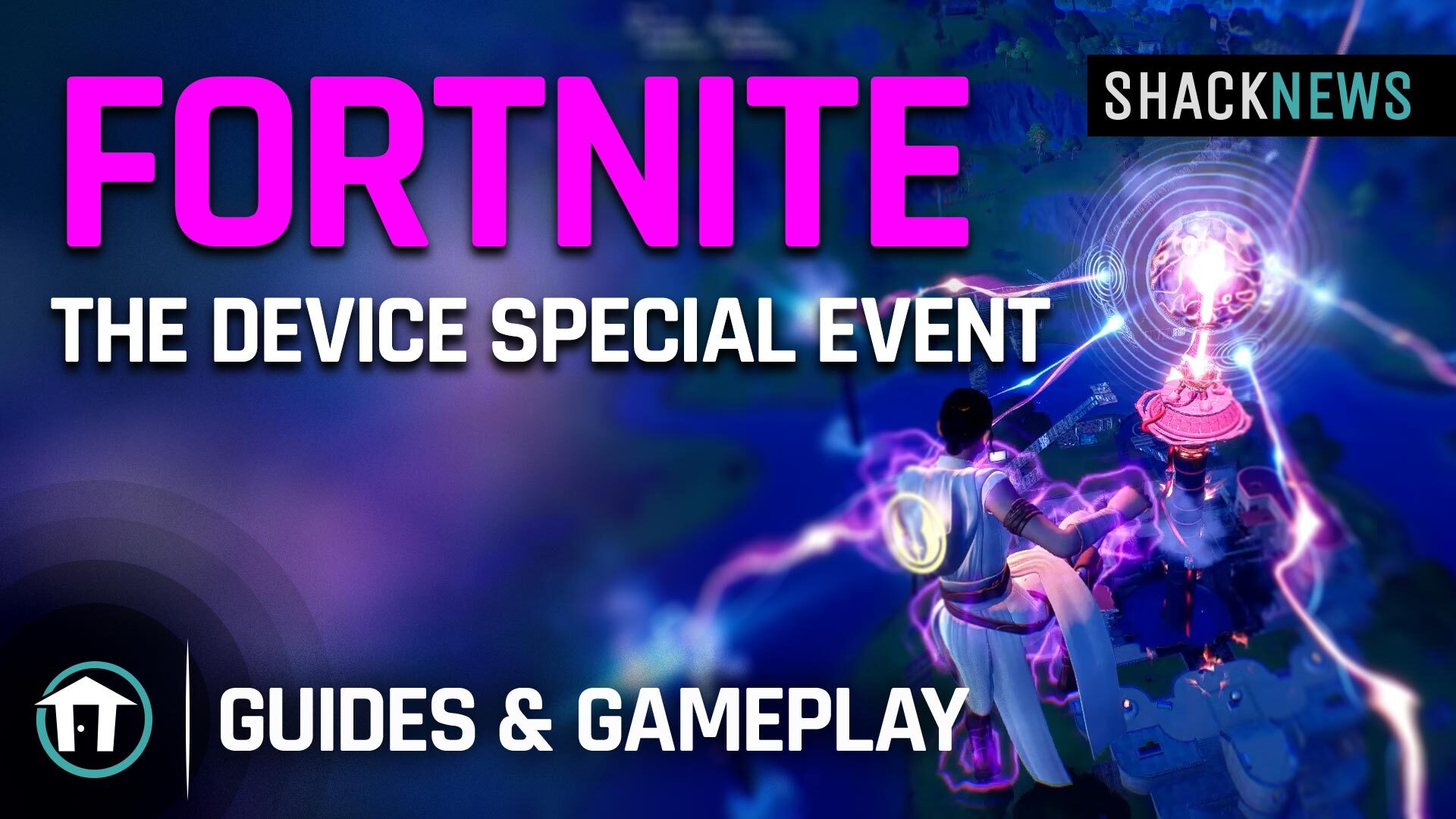 Fortnite events have become some of the biggest in gaming. Even those who aren’t particularly fans of the battle royale will check in to see what Epic Games has cooked up. With Fortnite Chapter 2 Season 2 coming to a close, the game held an event titled “The Device” which set the stage for Season 3. The event had a limited capacity, so not everybody was able to get in and watch. If you weren’t able to catch the event yourself, we’ve got the entire thing recorded for you right here.

For many Fortnite fans, it feels like the second season of Fortnite’s second chapter has lasted for an eternity. After three different delays, the espionage action of Season 2 is set to end soon. Midas, one of the agency bosses in Season 2 has unleashed his device on the world, in an attempt to destroy the storm.

In the video, we see several towers rise in the water surrounding the agency. These towers work together to form some sort of electric blas and destroy the agency building itself. Watching popular structures get destroyed has become a bit of a motif in these seasonal Fortnite events. What was most intriguing about The Device special event were the brief moments that seemed to take place in the real world.

On a few different occasions during the event, the screen goes white and players are warped to a modern day office building. It’s not clear what’s going on, but people can be seen and heard out in the hallway panicking. One of them says to a person over the phone, “What do you mean it’s not a storm?” To make things even stranger, one of these office workers opens the door, revealing himself to be none other than Jonesy, wearing a sleek business suit. We’re not sure what this sequence exactly means for Fortnite, but its inclusion felt very meta in tone and presentation.

The event saw the Battle Royale map flooded with water, taking the place of the storm. No map changes were made by the event other than the destruction of The Agency. Fortnite Battle Royale Chapter 2 Season 3 is set to kick off on June 17.