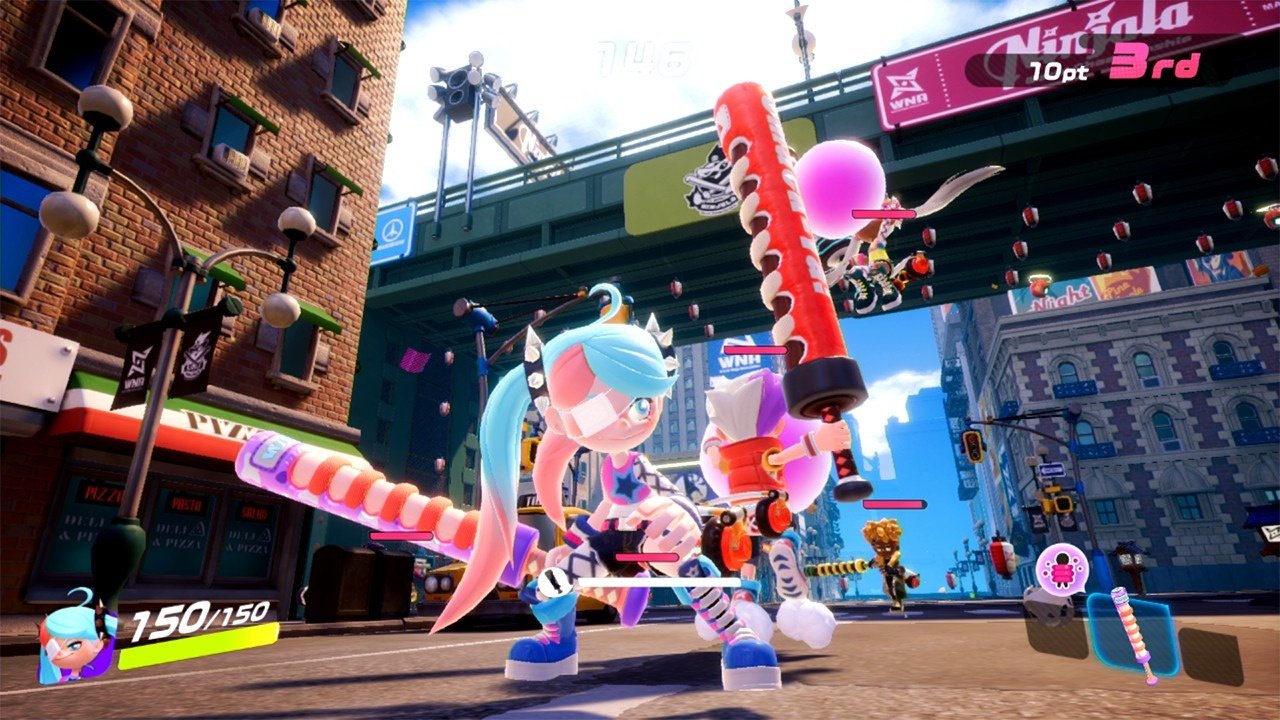 Not so keen on playing the upcoming Ninjala in multiplayer mode only? You'll have the option to use Story Mode and fly solo when Ninjala debuts, but you'll have to pay a little extra for it.

In an exclusive reveal with GameSpot, GungHo Online Entertainment shared a few details and trailers regarding Ninjala's complete release when it's set to debut later this month. It turns out you'll get to purchase the story content if you wish to play it (Ninjala is a free-to-play game) and play that to your heart's content.

There isn't any pricing information floating around for Ninjala's Story Mode just yet, but it will be told via comic book panels with special missions to complete. You'll be rewarded with items that you can use to customize your characters for online play and the story is being planned to continue across multiple installments.

"We will gradually release a cartoon-style web anime that will shed light on the background stories of characters that did not appear in the 3D anime," said GungHo Online Entertainment president and CEO Kazuki Morishita in an interview with GameSpot.

"Additionally, the single-player mode is in the game that you can play offline called Story Mode. In this mode, the story is presented in a comic book style, and you can experience a playstyle that is completely different from the normal multiplayer battles. Depending on how well you play, you can receive Ninja Medals, which are used to grow Shinobi Cards as rewards. In the future, we plan to develop several cross-media promotions using various approaches such as 3D animation, cartoon animation, comics, and story mode updates."

Ready for all the bubblegum madness? Jump into Ninjala when it debuts on Nintendo Switch on June 23.