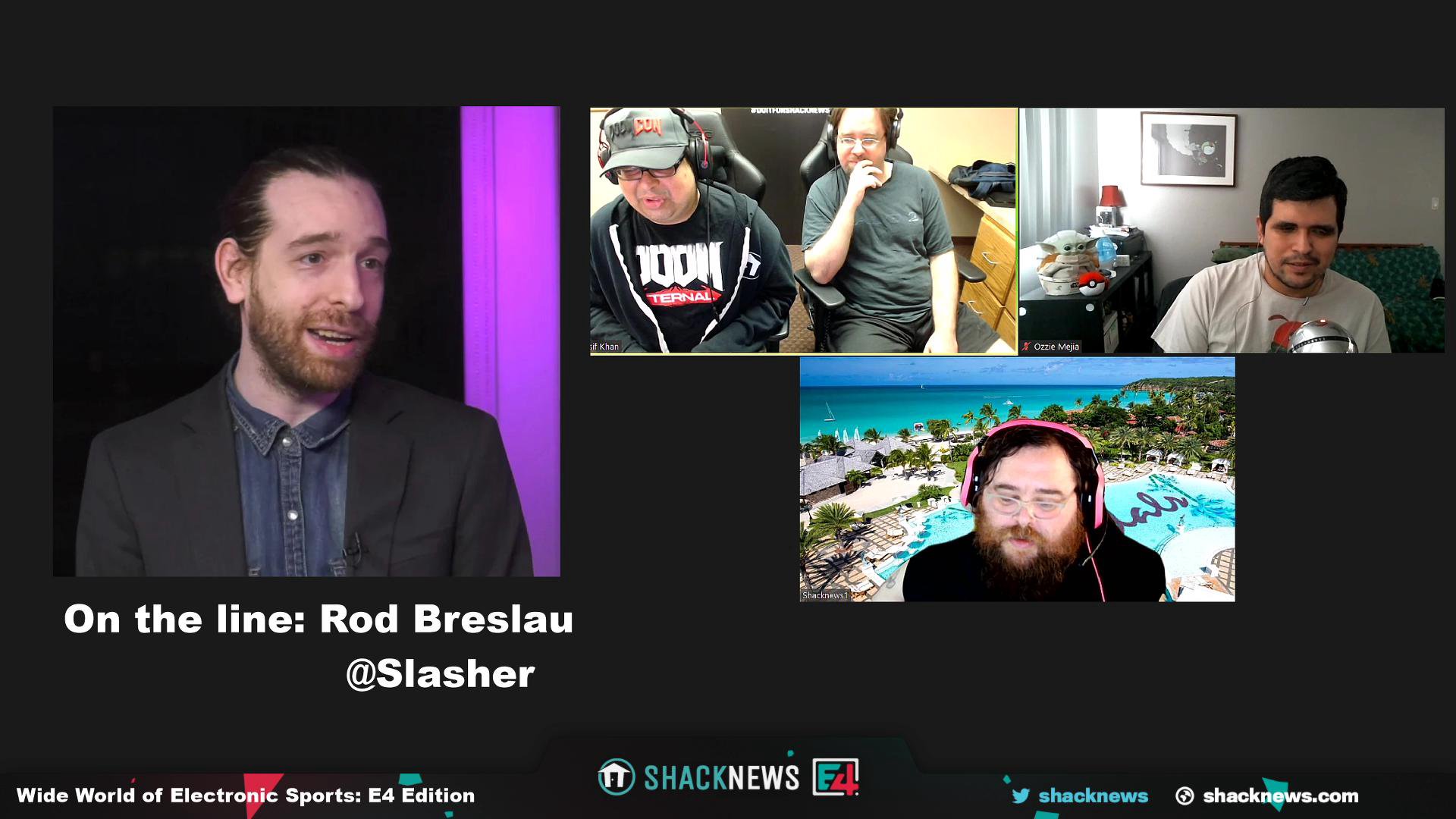 One of the most polarizing figures in the world of esports and gaming is Rod “Slasher” Breslau. With many years covering the industry, Slasher has become notorious for his “keep it real” attitude and “no-NDA” policy. Slasher joined our Shacknews E4 broadcast to share his expert insight to covering video games, as well as discuss some Quake.

We here at Shacknews have quite the ties to Quake, as our site was originally dedicated to the game back in 1996. Slasher also shares similar roots. As a go-to source on all things first-person shooters, Rod expresses his love and appreciation for the Quake franchise, specifically, Quake 2. There’s often some passionate debates over the quake franchise, and other arena shooters at the time.

@Slasher On Quake 2 and 3, as well as Unreal Tournament. For the full interview, visit Shacknews' YouTube channel. pic.twitter.com/V1iSM1CKgX

“No, no, no, do not disrespect me.” Slasher playfully clapped back when we asked if Quake 3 was the game he dominated at. Slasher was passionate in his love for Quake 2 as the superior game, an opinion shared by our Longreads Editor David Craddock. He also weighs in on the Quake vs Unreal Tournament debate.

This is just a small slice of a two hour interview with Rod Breslau. He joined us in celebration of E4 in order to talk about esports, dogs, and the video game industry. Breslau also shared his thoughts on the video game industry salary discussion that’s been trending on social media. For the full Slasher interview, visit the Shacknews YouTube channel.