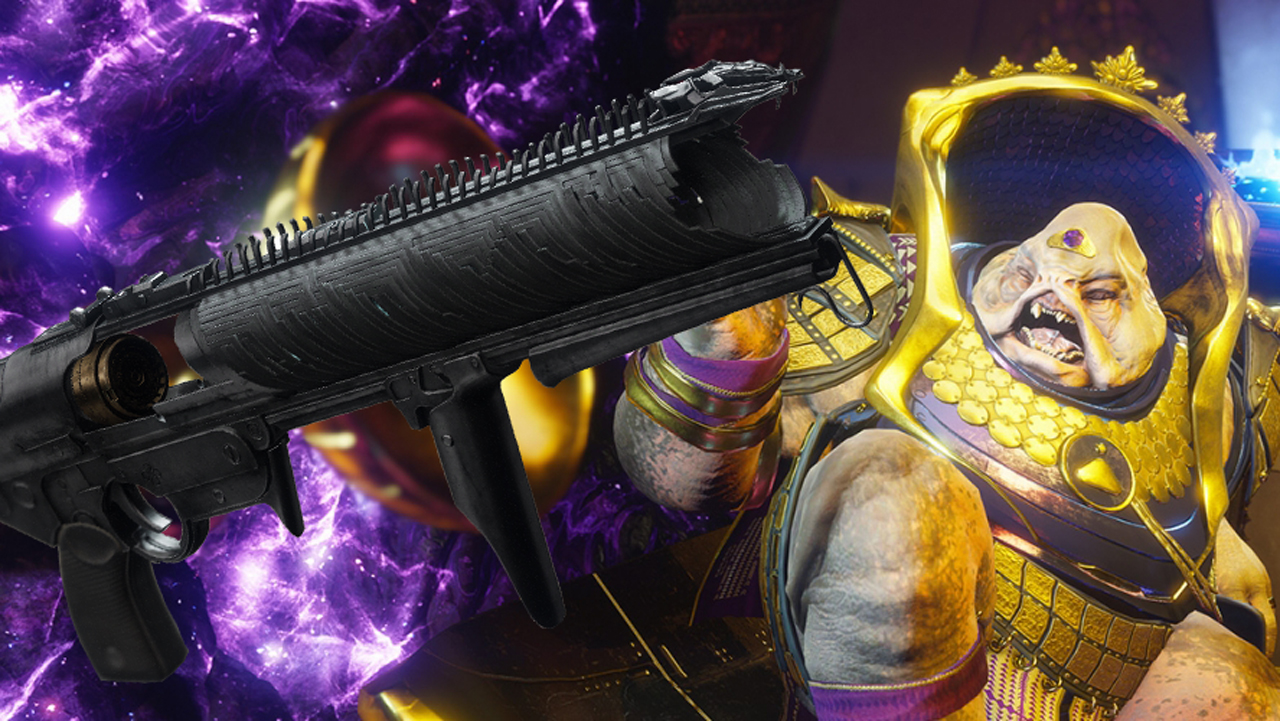 Witherhoard, a new Exotic Grenade Launcher in Destiny 2, is currently melting raid bosses almost instantly, and no one is really sure why. Players are often used to seeing new Exotic weapons tested out against raid bosses to see how they fair, but there is usually some amount of damage being shown. In this case, bosses are just keeling over after appearing to take minimal damage.

The launch of Season of Arrivals introduced a new Exotic weapon for players to earn in-game. For those that have the Season Pass, Witherhoard was immediately added to their collection. As with all new Exotic weapons, players immediately started testing its efficiency at killing bosses, raid and otherwise. Turns out, this Exotic Grenade Launcher is pretty great at melting bosses, so good in fact, that players aren’t too sure how it’s doing it

Witherhoard features a perk that leaves an area-of-effect on the ground that damages enemies over time. Any enemy that dies to this effect leaves another puddle on the ground. So on and so forth. But for some reason, against bosses, this AoE is dealing immense damage, to the point that bosses seem to simply go from being slightly chip-damaged to having zero health.

KackisHD has put together a thorough video testing Witherhoard against all the bosses in the Last Wish raid. Aside from Shuro Chi (who seems to be immune to its effects, likely due to the design of the fight), all the bosses receive massive chunks of damage out of nowhere.

This Witherhoard glitch appears to be confusing player damage with damage from the environment, and stacking damage multipliers on itself at a rate we’ve not seen since Hunter’s were chaining Combination Blows and One-Two Punches together. What this means is that, if players are using Well of Radiance and Tethers, instead of the damage multipliers functioning as Bungie intended, whereby the higher multiplier is used with the rest being ignored, Witherhoard could be benefiting from all of these at once, as the area-of-effect isn’t considered player damage.

KackisHD noted that without using damage buffs like Well of Radiance or Tethers, Witherhoard was still doing strange chunks of damage, albeit not enough to one-phase Riven.

There’s a very good chance Bungie will be addressing this damage glitch as soon as possible. So for those looking to clear the new Prophecy dungeon, perhaps now is the time to get in with a Masterworked Witherhoard and see if you can blitz through the encounters. Be sure to check out the Shacknews Destiny 2 guide for even more coverage of the latest season.