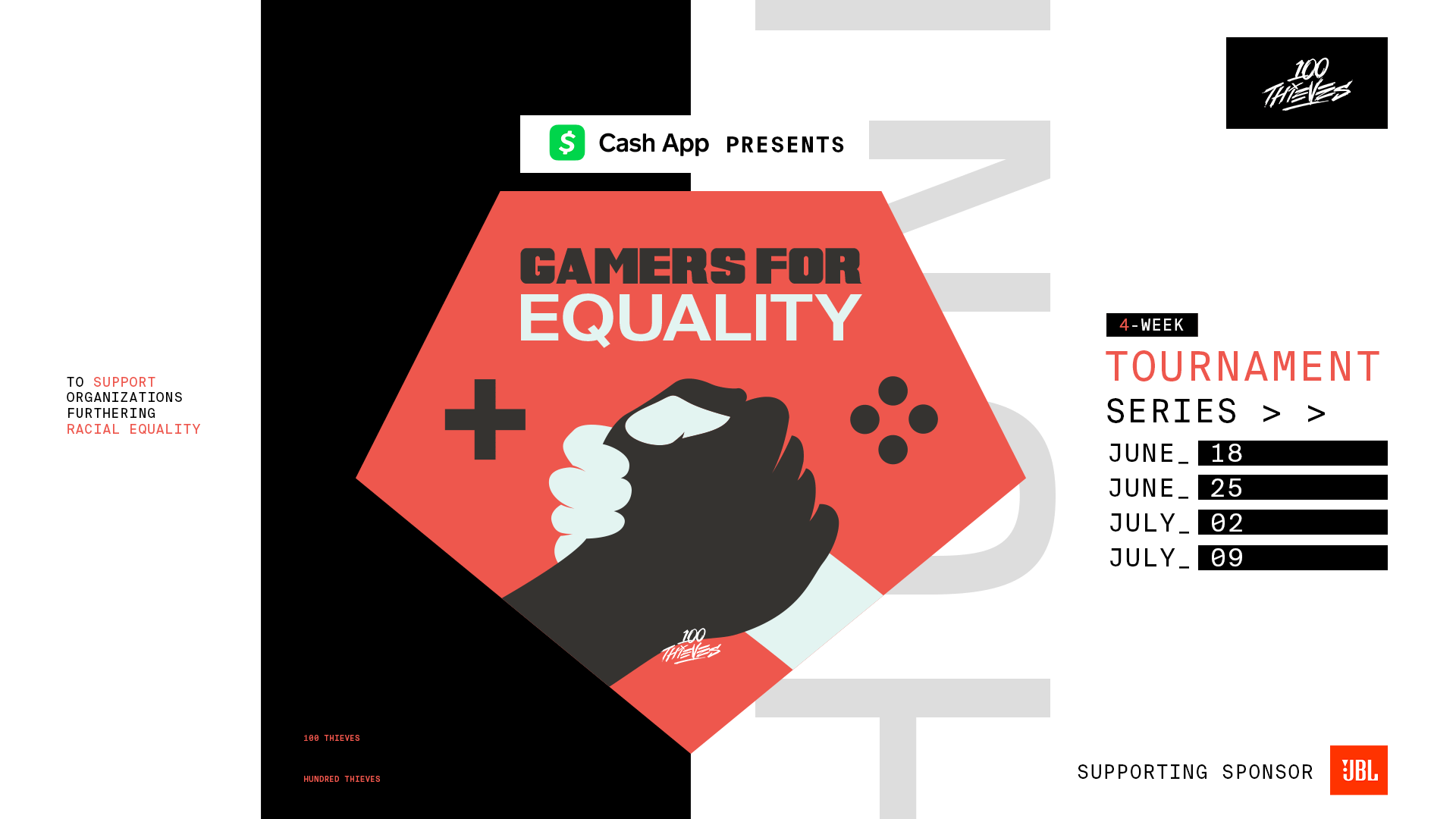 With the murder of George Floyd sparking protests internationally and a social outcry for change. In light of this, many companies around the gaming industry have not only spoken out against these injustices, but stepped up to donate to the cause. Esports organization 100 Thieves has announced Gamers for Equality, a 4-week Warzone tournament with a goal of raising money and awareness for the Black Lives Matter movement.

Founded by Matthew “Nadeshot” Haag, 100 Thieves has become a premiere name in the world of esports. The company’s highly successful fashion line has helped to identify a unique identity for the organization. Founded by a former Call of Duty player for Optic Gaming, 100 Thieves has strong ties to the CoD franchise, so a Warzone tournament for the cause makes perfect sense.

A 4-week Warzone tournament series to support organizations furthering racial equality. Over the 4 weeks, we’ll be donating $100,000 for this cause.

Thanks @CashApp @JBLAudio for partnering with us on this effort. #BlackLivesMatter pic.twitter.com/eNHFNOWKus

The company has pledged to donate $100,000 over the course of their tournament. “For each of the 4 weeks, we’ll be highlighting 3 organizations working to further racial equality and creating systemic change. Top 3 teams from each week’s tournament can choose from these orgs for donations in their name.” 100 Thieves said in a statement on their official Twitter account. It hasn’t yet who will be participating in the tournament, but we expect those announcements to start rolling out soon.

The tournament will be put on in partnership with JBL and Cash App, often collaborator and official sponsor of 100 Thieves. The first tournament is set to start on June 18. Others around the industry have also used their platform and resources to fight for change. EA recently announced a huge initiative to combat social injustices and foster a more inclusive society.