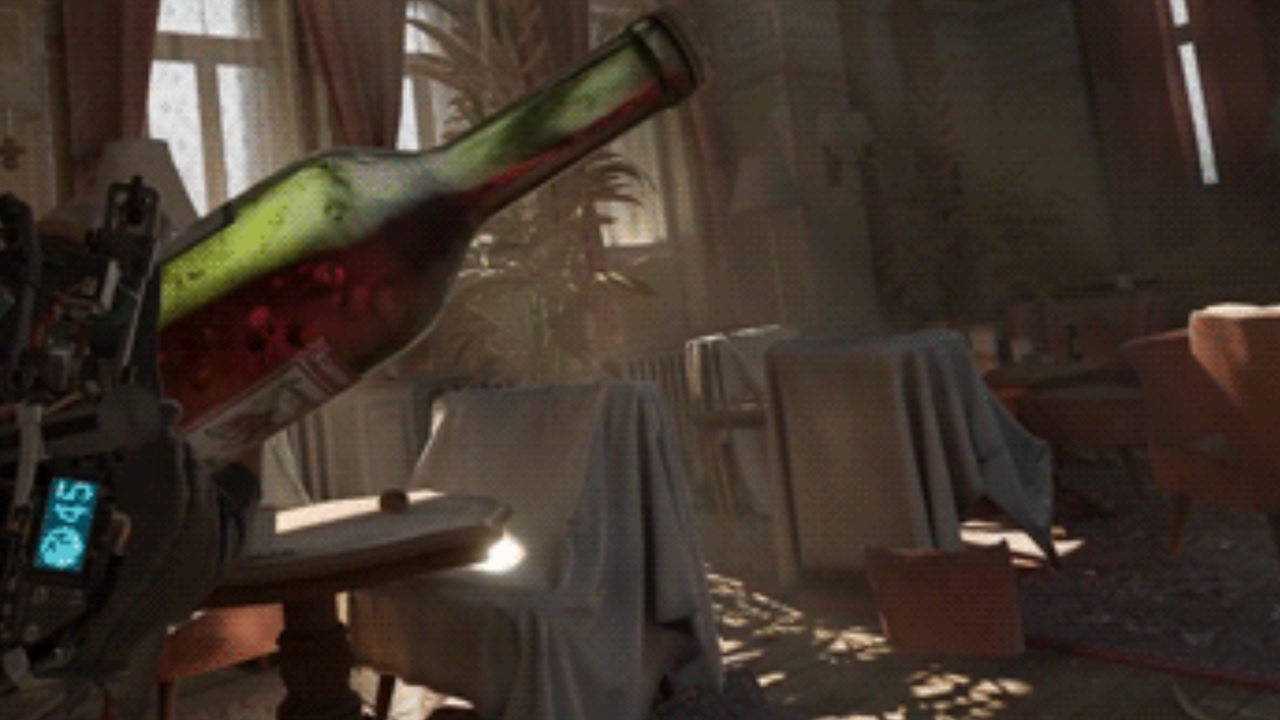 Half-Life: Alyx is an incredible benchmark for virtual reality game design. The amount of interaction the game provides in puzzle-solving, combat, and just plain environmental interaction is already incredible. Valve did an incredible job, but they aren’t done. A new Update 1.4 just dropped alongside a set of Half-Life: Alyx patch notes, and this one features an interesting new addition of adding sloshing and reactive liquid to bottles.

Valve launched Half-Life: Alyx Update 1.4 and its patch notes on May 27, 2020. The big headliner here is the new liquids visual feature in bottles and glass containers. As you can see above, when you turn the bottle or shake it around, the liquid moves and reacts to the vessel’s movement. It might not seem like a big deal, but it’s just another way Half-Life: Alyx is going beyond to make the VR world it exhibits feel all the more immersive. Other updates include expanded language options for subtitles and additions to Half-Life: Alyx’s recently opened Steam Workshop, including a Postprocessing Editor, core Lua scripting functionality and example maps for various objects and characters. Check out the full notes just below.

With such an interesting little addition to the game (not to mention ongoing support and upgrades for the Steam Workshop mod scene), Half-Life: Alyx continues to be one of the coolest things going on in VR gaming. Be sure to check out our Shacknews review if you haven’t already to get the full lowdown on what makes it so good.