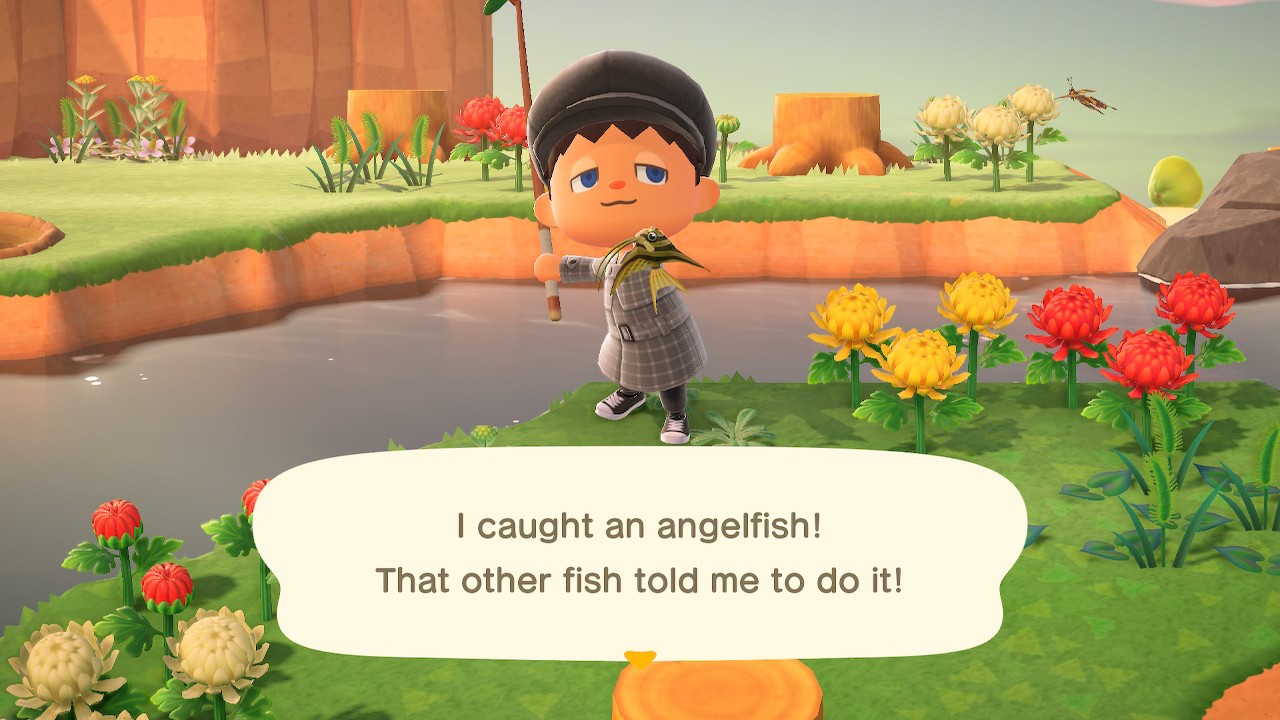 Having just arrived in the northern hemisphere in May, the Angelfish has no doubt been on the list of fish you need to catch over the past month. As we prepare to head into June, it’s time to make sure you clear up any new fish that you might have missed in the previous months. As such, we’ve broken down everything you need to know to catch the Angelfish in Animal Crossing: New Horizons.

How to catch Angelfish

Like many other fish, catching an Angelfish is all about fishing in the right places, at the right time, and with the right kind of bait. Well, obviously bait isn’t all that important in Animal Crossing: New Horizons, but you can use it to increase the amount of fish spawns in any given body of water.

Those looking to add the Angelfish to their collections will want to be aware of when the fish can be found throughout the day. This particular little guy offers up a small shadow and can be found swimming around in rivers from 4pm – 9am each day. If you do manage to catch a couple of these bad boys, you can actually sell them at Nook’s Cranny for around 3,000 Bells. However, saving them up and selling them to CJ when he comes around will net you a total of 4,500 Bells, giving you a bit more for your troubles.

As always, if you have some spare Fish Bait laying around, or if you just feel like going hard on the hunt for the Angelfish, you can always make use of the bait to keep spawning in fish until you see a small shadow. Per the usual, you'll need to use the bait in the fish's particular spawn area if you're trying to catch that type of fish. We managed to catch a few Angelfish on our lowest level, and on a Nook MIles island, but it is always possible the Angelfish could pop up in rivers at higher elevations.

Now that you know how to catch the Angelfish, make sure you head back over to our guide to all the fish in New Horizons. You can also check out our complete Animal Crossing: New Horizons guide, which includes a load of great content to help you get the most out of your deserted island getaway package.