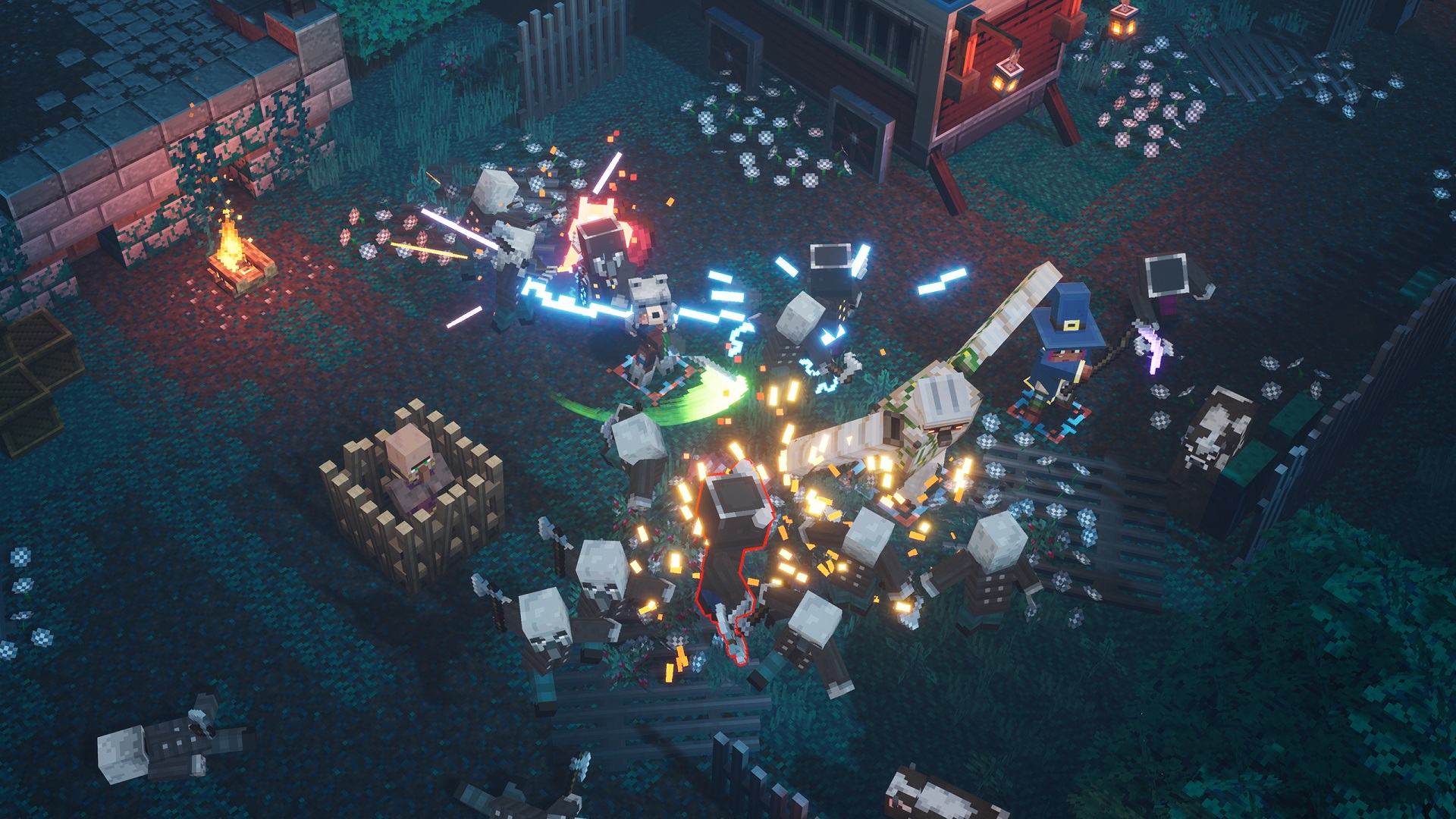 Minecraft is discovering the world of hack-and-slash action with Minecraft Dungeons. Built more in the vein of classic staples in the genre, like Diablo and Gauntlet, the object is to survive the onslaught of enemy mobs and bring the fight to the Arch-Illager. However, this should not be approached as one of the more conventional entries in the genre. Character stats work differently in Minecraft Dungeons and Shacknews is here to help explain how they operate.

Minecraft Dungeons is a differnt animal than some of the usual action-RPG staples. Players don't select classes with different base stats. They don't increase their own base stats by leveling up. Instead, characters operate on a Power Level determined by the gear they have equipped. So characters are only as strong as their gear. So in order to raise individual character stats, players need to find new pieces of gear.

There are a few different ways to do this. The most common way is to find gear out in the field. Occasionally, defeating enemy mobs will result in a gear drop, either a melee weapon, armor, or ranged weapon. That gear's stats will depend on the stage and the stage's set difficulty level. There is an option to attempt a harder version of the stage, so that players get a better chance at receiving rarer or more powerful gear drops.

Another way is to simply purchase gear from vendors at Camp prior to embarking on a mission. However, players cannot choose what gear to buy. Instead, players can only purchase random gear and Artifacts that are close to their current level. Most of these items will come back as Commons, though players might get lucky and pull out a Rare item. It is almost impossible to pull a Unique item through this method.

The third way is through secret levels and hidden areas. Most missions will feature secret areas containing chests with Rare or Unique gear. These locations will vary, since Minecraft Dungeons' level layouts are largely procedurally-generated, as explained on the Minecraft website. There are also secret areas that open up entirely different levels, which contain their own special rewards. Seek these out, because their contents will prove worthwhile.

Regardless of how you hunt for gear, you'll need to increase your experience level by defeating enemies throughout the game. Gear will level up to match your own experience level, so you may need to grind if you want a more powerful piece of equipment. You cannot upgrade your existing gear! If you're attached to a Unique item that's at Level 5, you'll have to try and find a higher-level version of it if you want something more powerful.

That's how you go about increasing your character stats. Be on the lookout for more powerful gear throughout the game, because it will prove to be the key to victory, especially in the game's final missions. Minecraft Dungeons is available now on PC, PlayStation 4, Xbox One (including via Xbox Game Pass), and Nintendo Switch. We'll have more on this game in the days ahead, so follow our ongoing Minecraft Dungeons coverage.