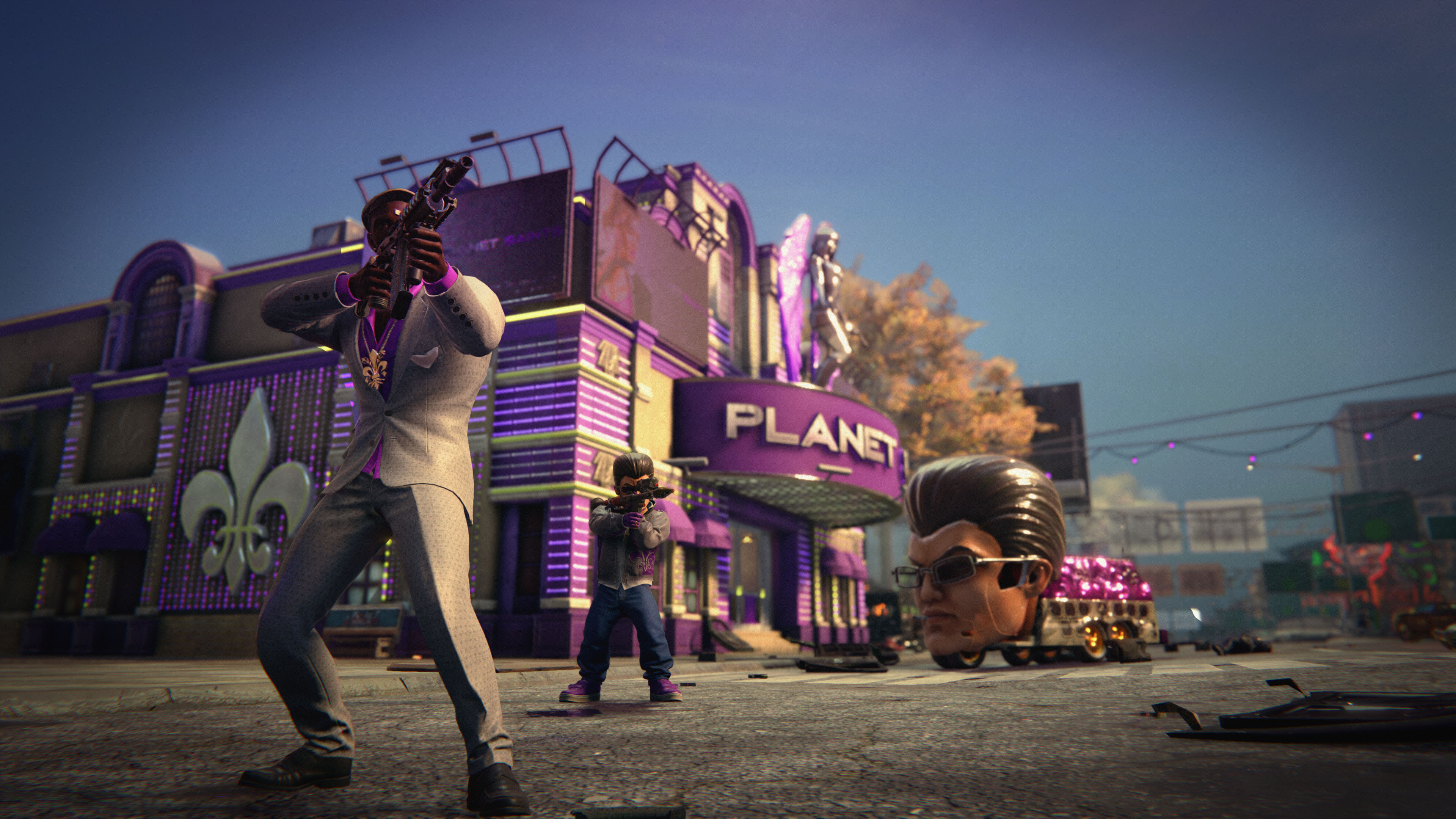 Saints Row: The Third Remastered impressions: Insanity at its best

Let’s time travel back to 2011. Coming off the heights set with Saints Row 2, Saint’s Row: The Third took the world by storm, offering a completely off-the-walls sandbox adventure in the same vein as Grand Theft Auto. Building off the series’ success, the third entry in the series went to new heights to pave its own path, even giving players the opportunity to beat people to death with massive dildo bats. Now, Sperasoft is here to take us back to this demented land for yet another romp with Saints Row: The Third Remastered. Is this remaster what the Saints needed to get back on their feet? Or will it leave players disappointed and wanting for a complete return to form? Here’s our impressions.

On top of bringing the world up to speed with modernized graphics, the remaster also sports the three mission packs and 30 odd pieces of DLC that came with the original release, giving you every little drop of Saints Row: The Third in one beautifully rendered package. Everything you loved about the original is on full display in newly painted goodness, and it makes for one heck of a trip down memory lane.

Taking back what's yours

There’s a lot to take in when it comes to Saints Row: The Third’s massive open-world, and while Steelport might look like a generic neon-studded metropolis from the outside, once you get into the game and things really start rolling, the zigs and zags never stop coming.

Every little wacky bit of the original is on display with a fresh coat of paint and it makes for a fantastic romp back through streets paved with nostalgia. The story, while not the greatest in the world, fits so well within the world where a street gang like the Saints could and have basically become international popstars with their own drinks, clothing, and more.

One of the things that always made Saints Row: The Third so fun was the game’s unflinching silliness. Everything is on the table here, and that same zaniness is on full show in the remaster. The game’s out-of-this-world missions and the overall storyline take so many twists and turns and most of it makes absolutely zero sense in the long run, but somehow it all continues to work in the remaster, though my older brain definitely sees a lot more of the gaps in the writing now than I did before.

Having a chance to revisit the city of Steelport in a completely overhauled version is a dream come true. Sure, Saints Row: The Third has never been a perfect game, and some of the glitches and issues from the past are still in this version. But, if you want to experience one of the best open world games of the past, then the Saints Row: The Third Remaster is the perfect opportunity to do so without having to worry about how the graphics hold up after ten years.

These impressions are based on a PC code provided by the publisher. Saints Row: The Third Remastered will be available on May 22 for PC, Xbox One, and PlayStation 4.