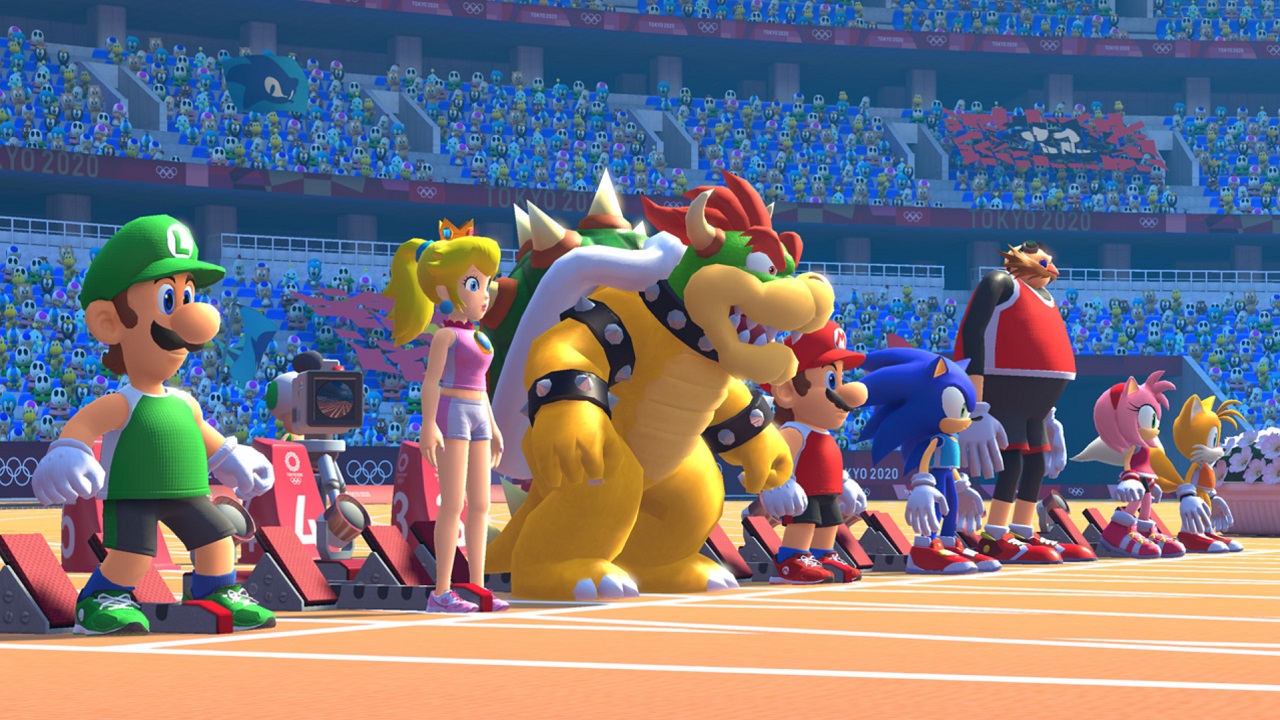 If you’d asked us if a Mario & Sonic at the Olympic Games video game would be good before 2019, we couldn’t have guessed yes with certainty, but Mario & Sonic at the Olympic Games Tokyo 2020 was a surprisingly solid romp with plenty of good and interesting gameplay to keep it refreshing across all of its events. If you’ve been curious about this one, it might be a good time to check it out. It’s now on sale in the Nintendo eShop.

Mario & Sonic at the Olympic Games 2020 was spotted on sale in the Nintendo eShop on May 18, 2020. Normally $59.99, the game is currently running at a 33% discount for $39.99. For that price, you get a wealth of characters throughout the Mario and Sonic universes competing in a number of Olympic events including marathons, judo, gymnastics, and more, in minigame formats ranging from patterns, to button mashing, to reaction and timing games.

The whole of the Mario & Sonic at the Olympic Games Tokyo 2020 experience has a surprising amount of fun to it for being what many might consider a cash-in game. From the modern events to the cheeky retro pixel throwbacks, the game bled personality from head to toe to score itself a formidable score in its Shacknews review. Not only that, Mario & Sonic at the Olympic Games Tokyo 2020 was good enough to garner the Shacknews award of Best Sports Game of 2019. It might all be gimmicky, but it’s a gimmick that gives in its most recent outing and is arguably well worth the discounted price.

You don’t have to take our word for it though. There’s a demo out for Mario & Sonic at the Olympic Games Tokyo 2020. Take the game for a spin before to decide for yourself whether it’s worth a buy while it’s on sale.

Call of Duty: Warzone & Modern Warfare's next season has been delayed