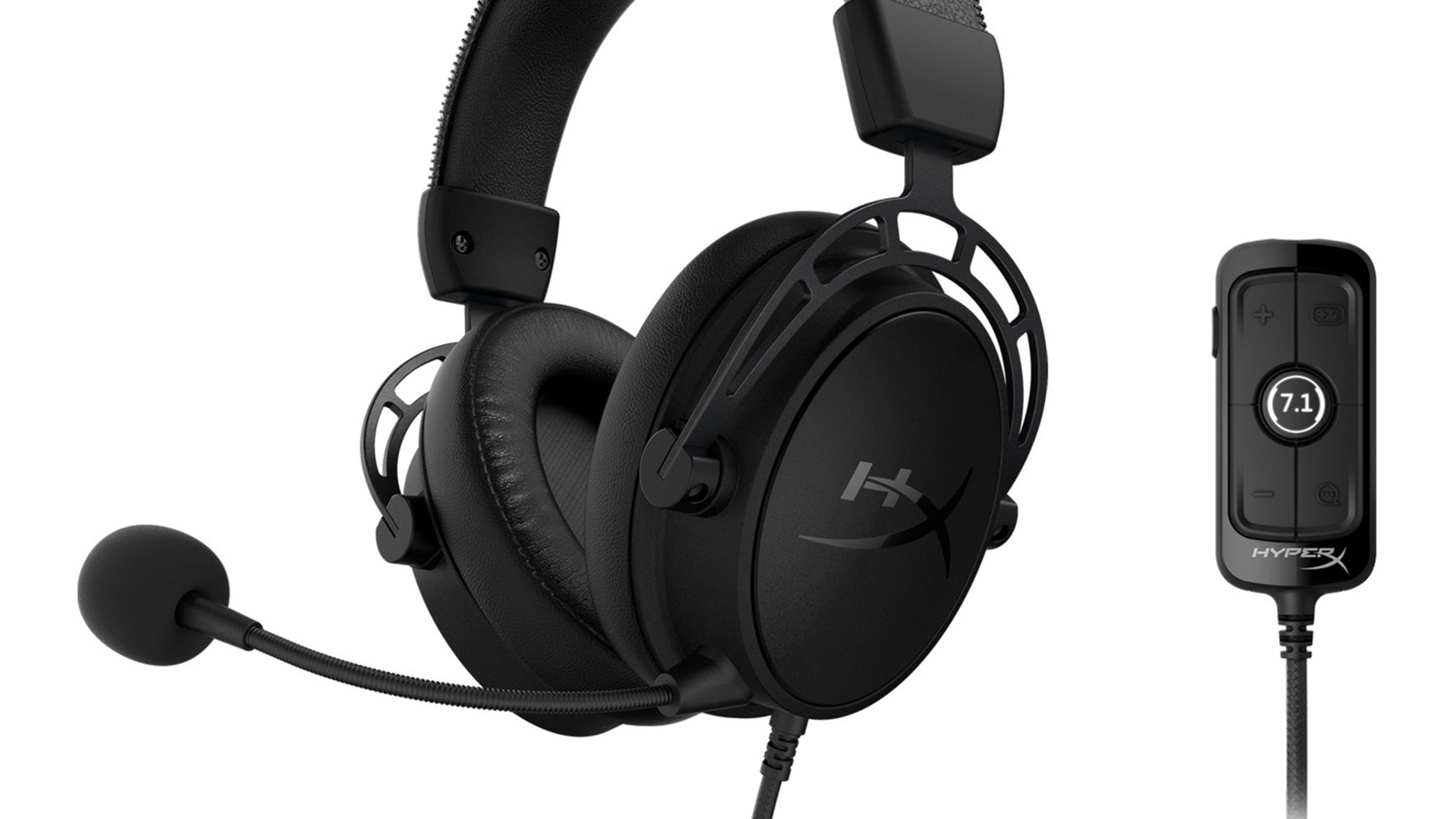 If you’re stuck at home and looking to pick up a new headset, then the HyperX Cloud Alpha S Blackout might be on your radar. If you’ve been trying to figure out whether this headset is worth the extra cost or not, then hopefully we can help. After over a month and a half with the headset, I’m happy to say that it offers quite a lot for the price point even if it still falls short in some areas.

It’s not unusual for gamers to spend upwards of $100 to $300 on a nice headset to use when playing games and talking to their friends. In fact, I’ve seen some people spend well over that $300 high end for better audio fidelity. While the HyperX Cloud Alpha S Blackout won’t win any awards from audiophiles, the headset’s additional simulated 7.1 surround sound does pack a nice punch that more than makes up for the extra cost.

When it comes to high quality headsets at a user-friendly price, HyperX has made quite a name for itself. The company consistently offers high quality gaming headsets at a relatively easy to reach price point. In our previous reviews for HyperX headsets, we touched on how the company offers a great sound quality all without breaking the bank, and the same is true here.

Building off the same quality showcased in the original Cloud Alpha headset, HyperX takes things to another level by adding on a 3.5mm-to-USB adapter with a 7.1 surround sound toggle built in. This allows you to plug your headset directly into your computer, PlayStation, or other console using a USB connection. You can then toggle on the 7.1 surround sound setup anytime you want, giving you even higher quality audio options – which can be especially useful in FPS games that rely heavily on sound.

This USB dongle is the biggest difference between the $130 Cloud Alpha S and the basic Cloud Alpha, which ranks in at $100. It’s a simple remote mixer, offering a toggle for 7.1 surround, buttons that allow you to balance the mix between game and chat audio, as well as a couple of volume buttons. The audio never sounded terrible during my time using the device, and while the simulated 7.1 surround sound isn’t exactly anything to write home about, it does a nice enough job for what’s being offered. When compared to more expensive gaming headsets that offer the same features, the HyperX Cloud Alpha S Blackout stands up pretty high in the pack thanks to its more wallet-friendly price.

If you tend to get warmer when wearing headphones, then you’ll probably still deal with a bit of that here. These aren’t the most breathable headphones on the market, but I didn’t notice a whole lot of sweat buildup during normal use. If you’re going into intense play sessions, then you’re bound to see some sweat building up around your ears, so make sure you keep a paper towel or something handy to clean your earcups before you finish up for the night.

The sleek black design looks really good alongside darker electronics, so if you’re rocking a darker colored keyboard, mouse, or anything else for your PC, then the Alpha S Blackout is going to look right at home with the rest of your setup.

Cracks in the surface

All the good does come with some bad, though. If you’re someone who enjoys getting the most quality out of your audio setup, then this is by no means the perfect headset for you. The 7.1 surround sound works, but you can definitely tell it’s simulated at times, often making some sounds come out muffled. It’s something you can work around, but it does often make voices sound a bit weird and quieter than normal when using it with programs like Discord, TeamSpeak, or even in-game voip systems.

While you can change out the earcups to whatever you’re most comfortable with – cloth or leather – this isn’t really something I recommend doing a lot. It’s a bit tedious to change out the coverings, and you’ll probably end up ripping one pretty quickly if you change them out often. If you plan on listening to a lot of music, then the Cloud Alpha S is going to be a very disappointing headset. It just doesn’t offer a very rich audio profile for music, and it shows during bass heavy songs.

Another difference between the HyperX Cloud Alpha S and some other surround sound headsets on the market is the lack of any kind of audio management software. While it’s nice to simplify the installation process, it would be great to have some additional control of the way the audio profile is set up. The cord that runs from the surround sound remote to the USB dongle is also extremely long. This often led to the cord getting in the way during intense gaming sessions. While there is a clip on the back of the remote, it doesn’t really hang on to shirts or other clothing very well.

Choosing a new gaming headset can be a grueling process. There’s a lot to take into account when it comes to equipment that costs as much as some of these headsets do. If you’re looking for a solid headset with a decent microphone (the microphone here is about as average as most gaming headsets), then the Hyper X Cloud Alpha S Blackout isn’t a bad choice.

If you’re not interested in the simulated 7.1 surround sound, though, I’d honestly suggest just sticking with HyperX’s tried and true Cloud Alpha. You’ll save yourself $30 and still get a great headset that will last you a long while.

This review is based on a product supplied by HyperX. The HyperX Cloud Alpha S Blackout is available to purchase for $129.99 from various retailers.