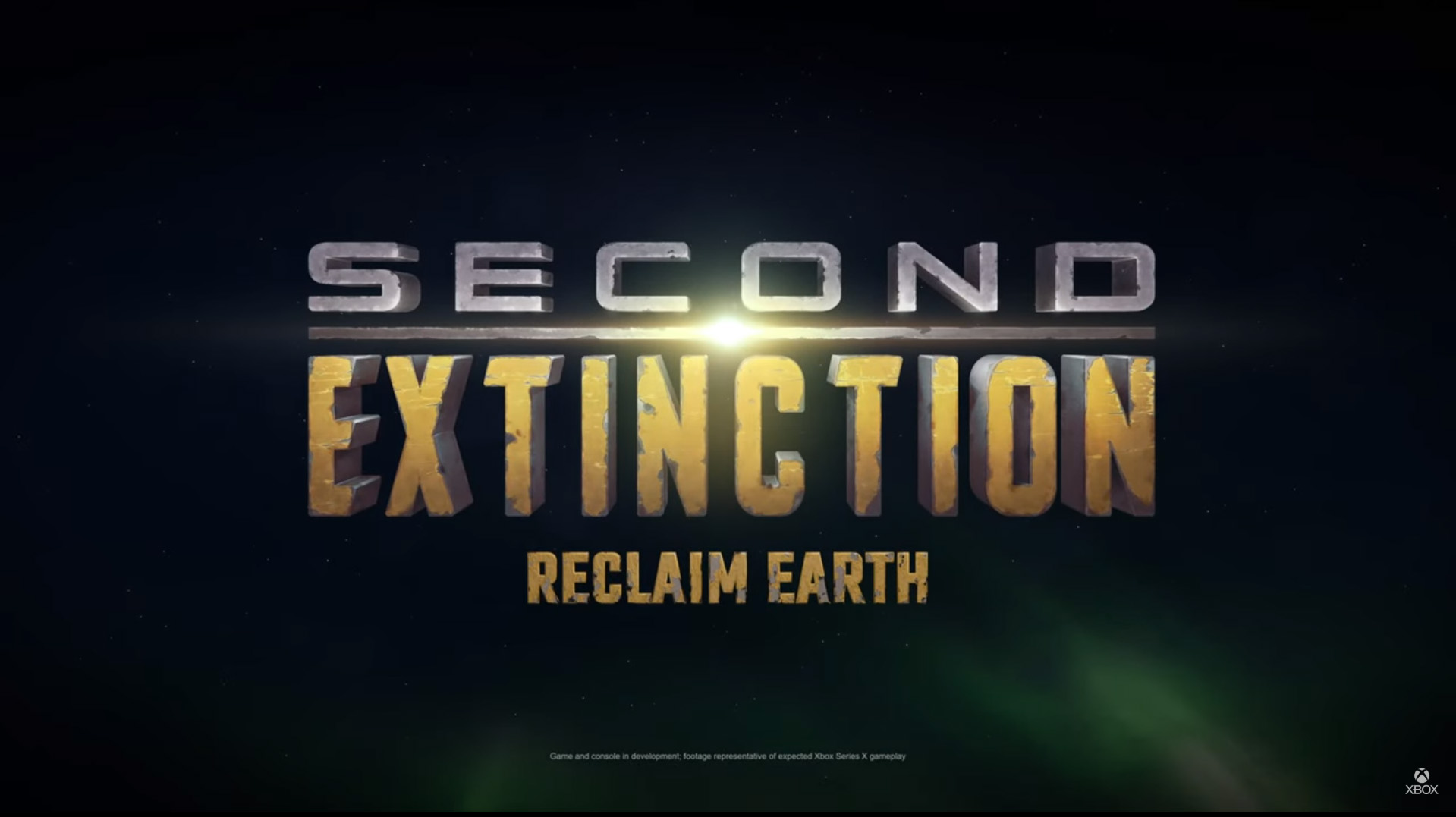 Today’s Inside Xbox brought about some interesting reveals. Not only did we get our first look at games like Dirt 5, but we also got a good look at a brand new game that pits players against dinosaurs in intense co-op action. Second Extinction, which was revealed during today’s Inside Xbox, looks to be an action-packed adventure with a lot to offer fans of Turok and other similar games.

According to the reveal trailer’s description:

Second Extinction is an intense 3 player co-op FPS, where you work as a team to take down large groups of savage mutated dinosaurs. Fight through a maelstrom of bullets, bombs, teeth, claws and gore, it's up to you to reclaim Earth!

There are no real details about the game just yet, but it does look to have quite a bit of action based on what we saw in the trailer. If you want to check out the reveal trailer yourself, you can do so via the embed below.

In the trailer, the player is able to wield various weapons as they take down all kinds of different dinosaurs – like raptors, a t-rex, and more. It looks to take place across a few different types of environments as well, which should give players some additional areas to explore as they take down beasties. It’s unclear if we’ll be completing different types of missions, or just trying to survive, but we are interested to learn more.

We’ll continue to keep an eye out for more details about Second Extinction as we learn more about the Xbox Series X and all the different games coming to it. Looking for more news from today’s Inside Xbox? Make sure you check out our roundup of all the May 7 Inside Xbox announcements, game trailers, and more. You can also head over to our Inside Xbox hub to read all of those articles directly.