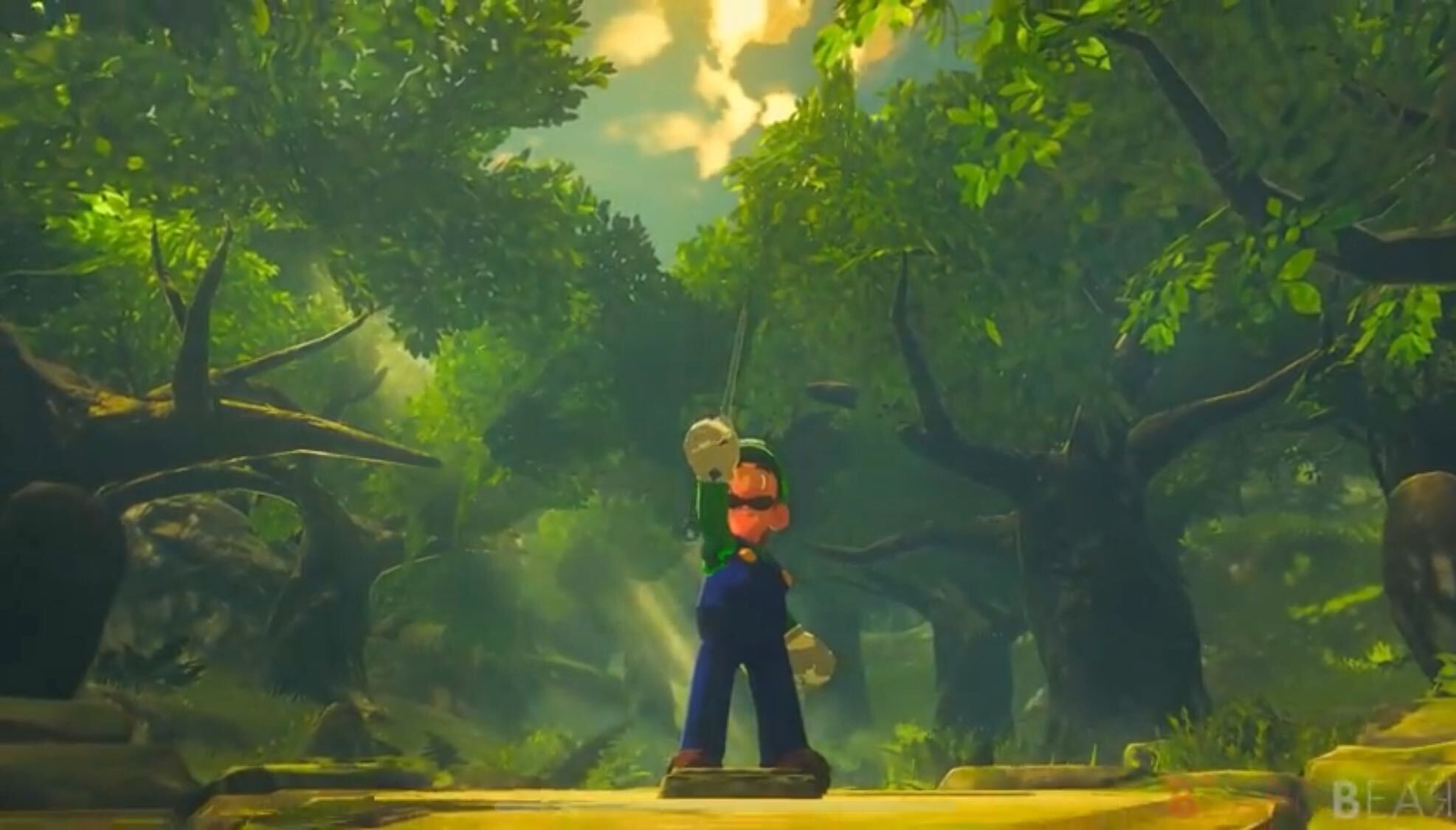 Ever wondered what it would be like if Luigi were actually the Hero of Time in The Legend of Zelda: Breath of the Wild? It doesn't take much imagination to figure it out, with this new mod that lets Luigi pull the Master Sword out of its stone in Breath of the Wild.

Thanks to the Luigi mod by banan039 in this video clip from BeardBear, you can take on the role of Luigi instead of Link, as the diminutive brother stands before the Deku Tree and gets the whole spiel about defeating Calamity Ganon.

Were you aware that Luigi also wielded the Master Sword 100 years ago? We weren't either, but we've certainly not heard of Mario carrying it around with him or using it. Luigi proves himself more than worthy. His hand is bigger than the sword's hilt, which is a little weird, and it clips through his head in this mod, but it definitely looks cool when on his back.

Still on the fence about trying Breath of the Wild, period? Check out our review, where Jason Faulkner awarded the game a 9 out of 10. Here's what he thought.