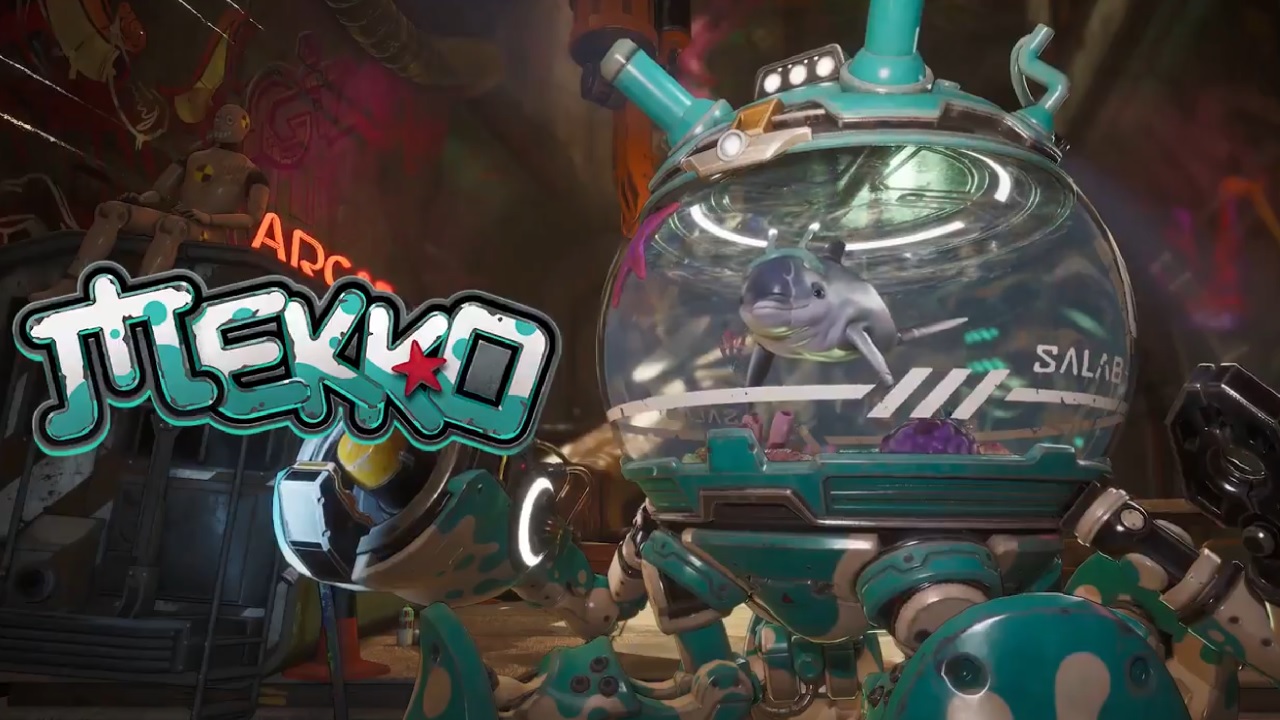 Bleeding Edge is getting a new addition to its overall roster today with Mekko, a dolphin in a water tank attached to a battle mech. Mekko also comes in alongside a number of new Bleeding Edge skins, music tracks, further cosmetics, and balance changes and updates in a full set of April 30 patch notes. Get ready to take on the land walkers and put them in their place while you soak up damage and pull your friends to safety with this new addition to the game.

Ninja Theory revealed the latest Bleeding Edge update and patch notes on April 30, 2020. Obviously, Mekko is the star of this update. Originally revealed back in early March, Shacknews has had a chance to play with Mekko and the character is quite a fun addition to the tank roster. It’s abilities include a bubble shield that can absorb and store energy for attacks, a life preserver that can pull allies to safety, an area of effect damage buff, a sonar super that will damage and knock foes back, and a bubble super that will capture foes and lock them out of combat for a moment.

Mekko the Dolphin wasn’t the only new addition in Bleeding Edge’s hefty April 30, update. You can check out the rest of the patch notes and additions to the game below.

With Mekko making a splash in the Bleeding Edge April 30 update today, there’s plenty to explore. Be sure to check out our previous ShackStream with the Bleeding Edge developers to learn more about Mekko, the update, and your burning questions about Bleeding Edge in general!