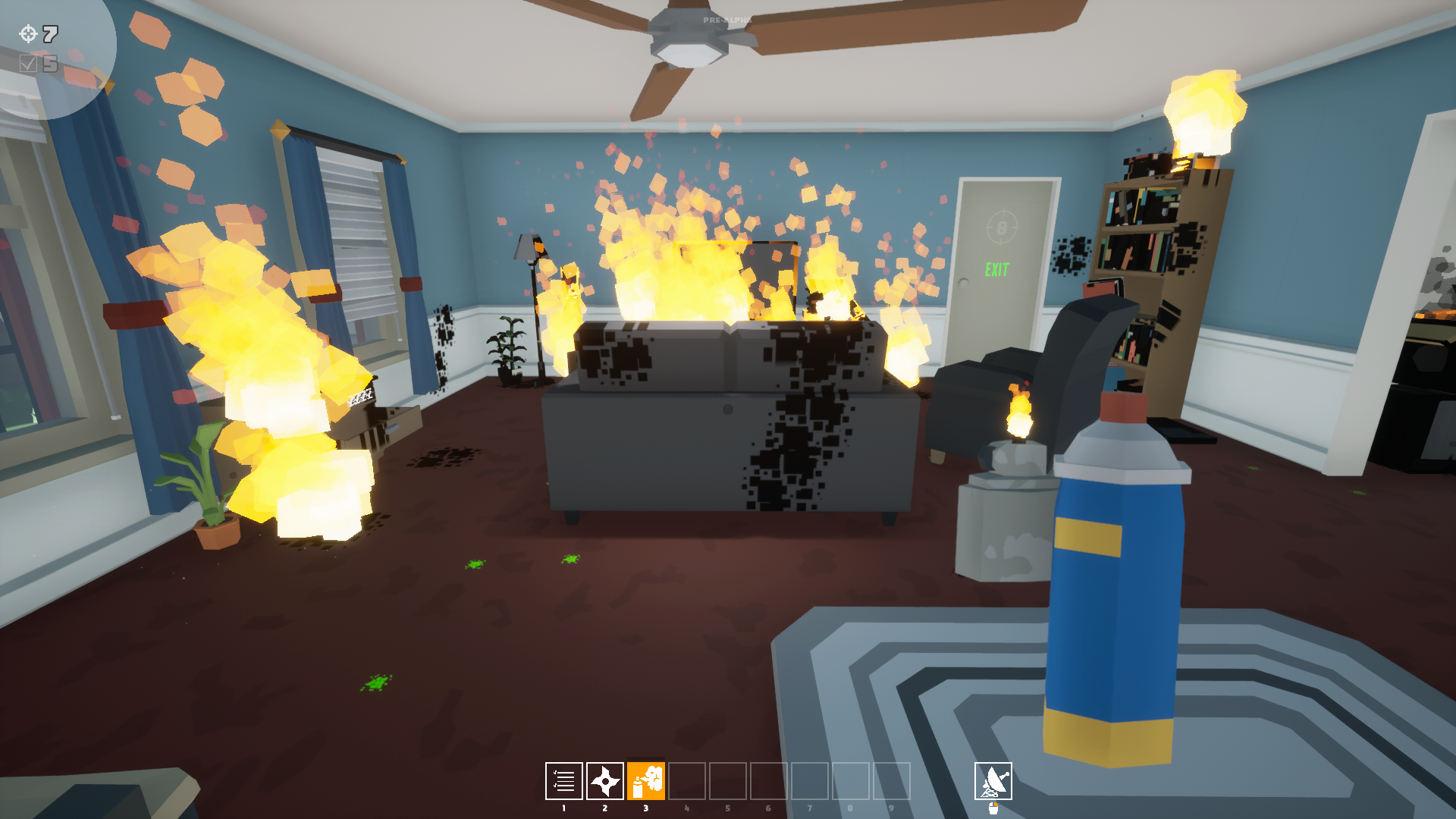 Kill It With Fire hunts spiders with extreme prejudice

Let's preface this by saying that there's a place in the world for spiders. They kill smaller pests and contribute to the greater circle of life. With that said, when most people see a spider, they want to kill it! Kill it with extreme prejudice! Former Rooster Teeth developer Casey Donnellan knows this feeling and that's why he's letting players know that if they see a spider, they should Kill It With Fire!

Kill It With Fire comes from Donnellan's indie studio and publisher TinyBuild. The premise sees players take on the role of a licensed Kill It With Fire exterminator. The goal is to use tracking technology to track down any nearby spiders. Once the arachnids surface, it's time to take the little buggers out with whatever's in your arsenal. This includes flamethrowers, firearms, frying pans, and whatever else is at the ready. You might destroy a lot of things along the way, but as long as the spider's dead, does anything else really matter?

Kill It With Fire is promising realistic fire physics, which should be a sight to behold. The best way to witness this in action is to try out the game's free demo. The game's opening chapter, Ignition offers a small taste of the chaos that's set to come later this year.

Show the spiders who's boss. Kill It With Fire is set to come to PC this summer. A console release is expected sometime in the future.