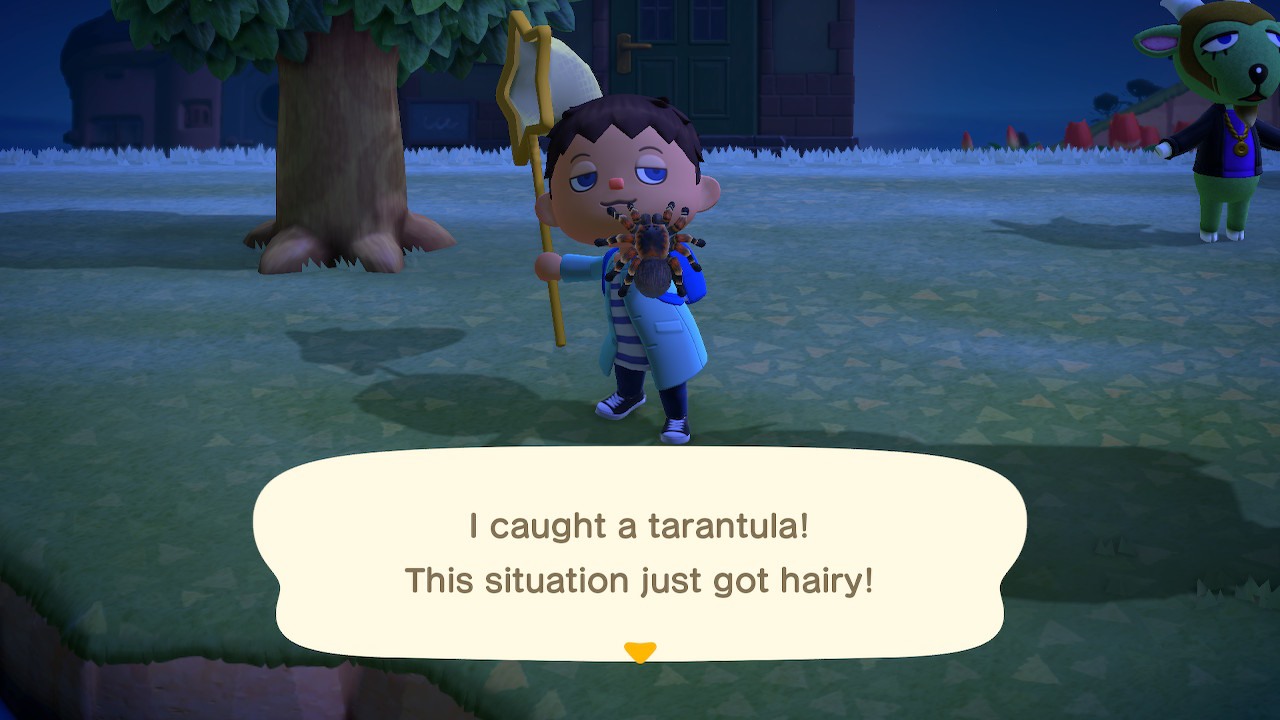 It seems as though Nintendo has some plans for insects and their spawn rates in an upcoming Animal Crossing: New Horizons patch. Recent datamining indicates that nerfs are coming across the board for creepy crawlies, but tarantulas and scorpions are getting a notably large hit from the nerf bat.

The discovery of these changes recently came from Animal Crossing dataminer and Twitter user Ninji. On April 23, 2020, Ninji posted a wealth of information alleging major changes in the spawn tables for many of the insects in Animal Crossing. Multiple types of bottleflies, beetles, roaches, and other such critters were looking at decreases as little as 40% and as high as 90% according to the data posted. Meanwhile, certain critters like stinkbugs and tiger beetles seem set to see an increase. The chart showing off all of the changes can be found in the post below. Spoiler warning if you want to be surprised by upcoming updates to Animal Crossing: New Horizons.

Catching bugs in Animal Crossing: New Horizons can be tricky if they’re aggressive (unless you have our bug-catching guide to help), but that hasn’t stopped players from finding ways around farming various critters with relative ease. Notably, players have been using a tarantula spawn trick to catch a wealth of the temperamental little (big) arachnids. If the upcoming changes in Ninji’s datamining turn out to be true, it could curtail the effectiveness of spawn tricks regarding tarantulas and scorpions by quite a bit. It will remain to be seen if these alleged changes stay in place when upcoming updates launch from Nintendo though.

Stay tuned for any further info on bug spawns, dream suites and any other changes coming to Animal Crossing: New Horizons. Need help with anything? Don’t forget to check out our helpful hub of New Horizons walkthroughs and guides.