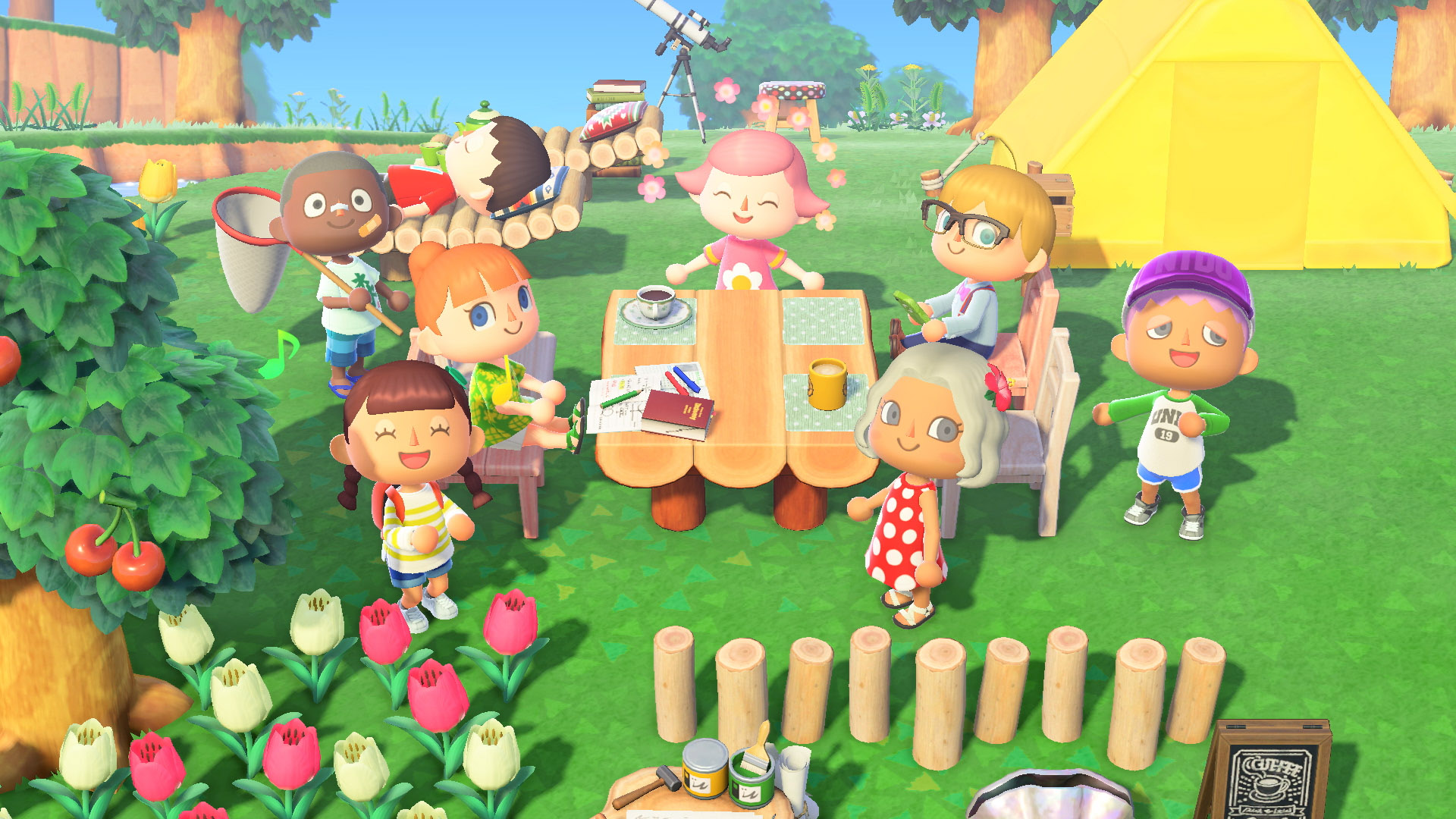 One of the things I value most in life is spending time with those I’m close with. Whether friends or family, I take any excuse available to surround myself with the people I care most about. Maybe that’s the same for everyone, but it’s one of the core needs I’ve identified within myself to be happy in this world. With the coronavirus pandemic currently cutting us off from the outside world, plus other life events, my recent birthday was shaping up to be a dud. Then, Animal Crossing: New Horizons threw me a surprise party that was genuinely uplifting.

I should probably point out that a New Horizons’ birthday party wasn’t the only bright spot in the day. My friends and family went out of their way to make sure I felt the love, even if it wasn’t in person and with the 14 beers each we would have preferred. However, I slept with my Switch Lite beside me the night before to check turnip prices just before and after the price change. As I struggled to see straight and loaded in, I was greeted by Isabelle wishing me a happy birthday in the daily announcements, then I was whisked away to a surprise party.

As I was brought into one of the homes of my island’s inhabitants, everyone was there. Well, not that crook named Tom Nook, but the other homeowners were there. They shouted as I entered, then took me aside one at a time to say nice things and wish me a happy birthday. There were cupcakes and a piñata, and just a genuine feeling of positivity and excitement. Even Dell, who just a day earlier I had bopped over the head repeatedly with my net, had forgotten my rude behavior to deliver the cupcakes. When the party ended, I found a cake in the mail from Mom, was given a birthday sign by the game, and even scored some Nook Miles just because it was my birthday.

Grabbing my Switch was the first thing I did after opening my eyes. I hadn’t even checked my texts and found the various happy birthday messages. Timing was obviously key here, but this five-minute party in New Horizons got what I expected to be a lackluster birthday started off on the right foot. In a way, it was a prophecy, because there was an actual birthday cake shipped to me by my mother, just like in the game.

It may sound silly, but a game grounded in relationships and day-to-day life--something irrevocably changed in our reality--taking five minutes to run a pre-programmed event meant a lot to me. It got me thinking about how many other people who feel isolated, due to a pandemic or otherwise, could someday be greeted with the same in-game enthusiasm, and how it might just be the nudge they need to have a better day than they expected.