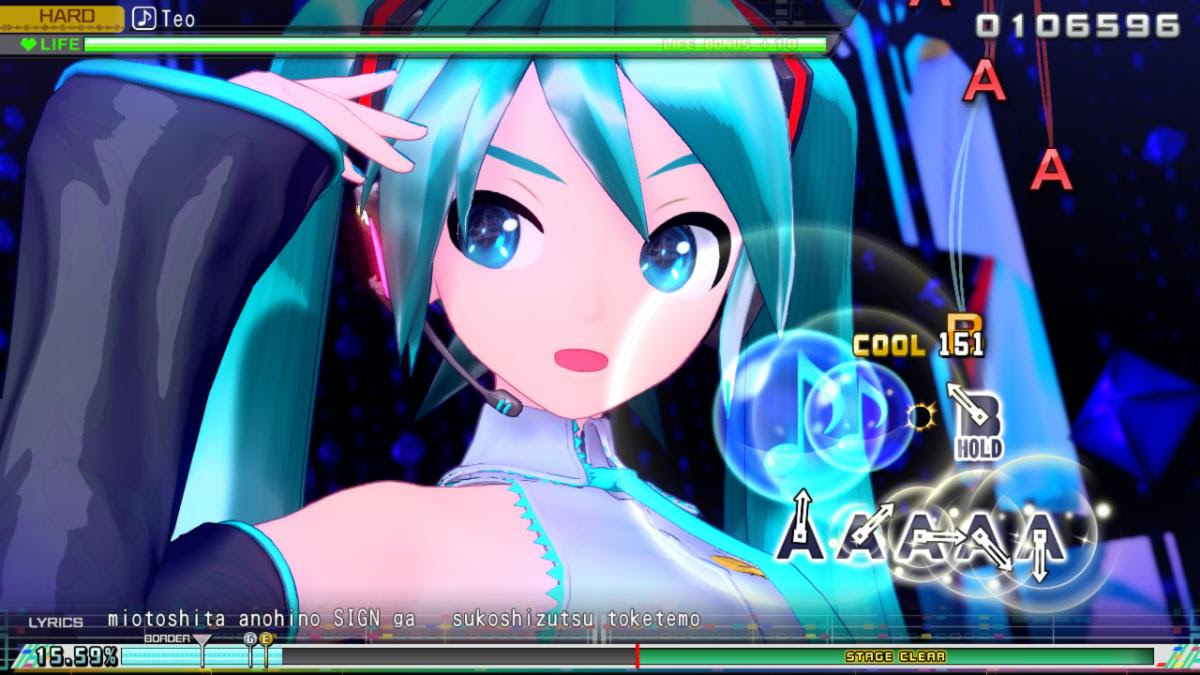 Get ready to groove along with your Nintendo Switch as Hatsune Miku: Project DIVA Mega Mix launches next month, bringing everyone's favorite Vocaloid to the console/handheld hybrid.

"Hatsune Miku: Project DIVA Mega Mix isn’t just Miku’s Nintendo Switch debut, it’s also a major milestone for the Project DIVA series, introducing a redesigned graphical style," Sega said of the newest installment of the game. "Fan-favorite songs like Senbonzakura and over 100 others have been reinvigorated with anime-style graphics. On top of that, a selection of songs never-before-seen in the Project DIVA series have also been added for Mega Mix, so fans can enjoy playing along with even more of their favorite tracks!"

Hatsune Miku: Project DIVA Mega Mix is available right now to pre-order for digital copies, with the base game running $39.39 and $59.99 for a Mega Pack, which comes with six different downloadable content packs with six songs apiece – so you get 36 extra tunes. You can also pick each pack up individually for just $6.99. The first through the fifth packs are already available in Japan.

Are you going to be hanging out with Miku when the game finally releases on May 15? The game is already out in Japan, so now it'll be western gamers' turn to jump in and have fun. Be sure to share your favorite Miku songs with us!