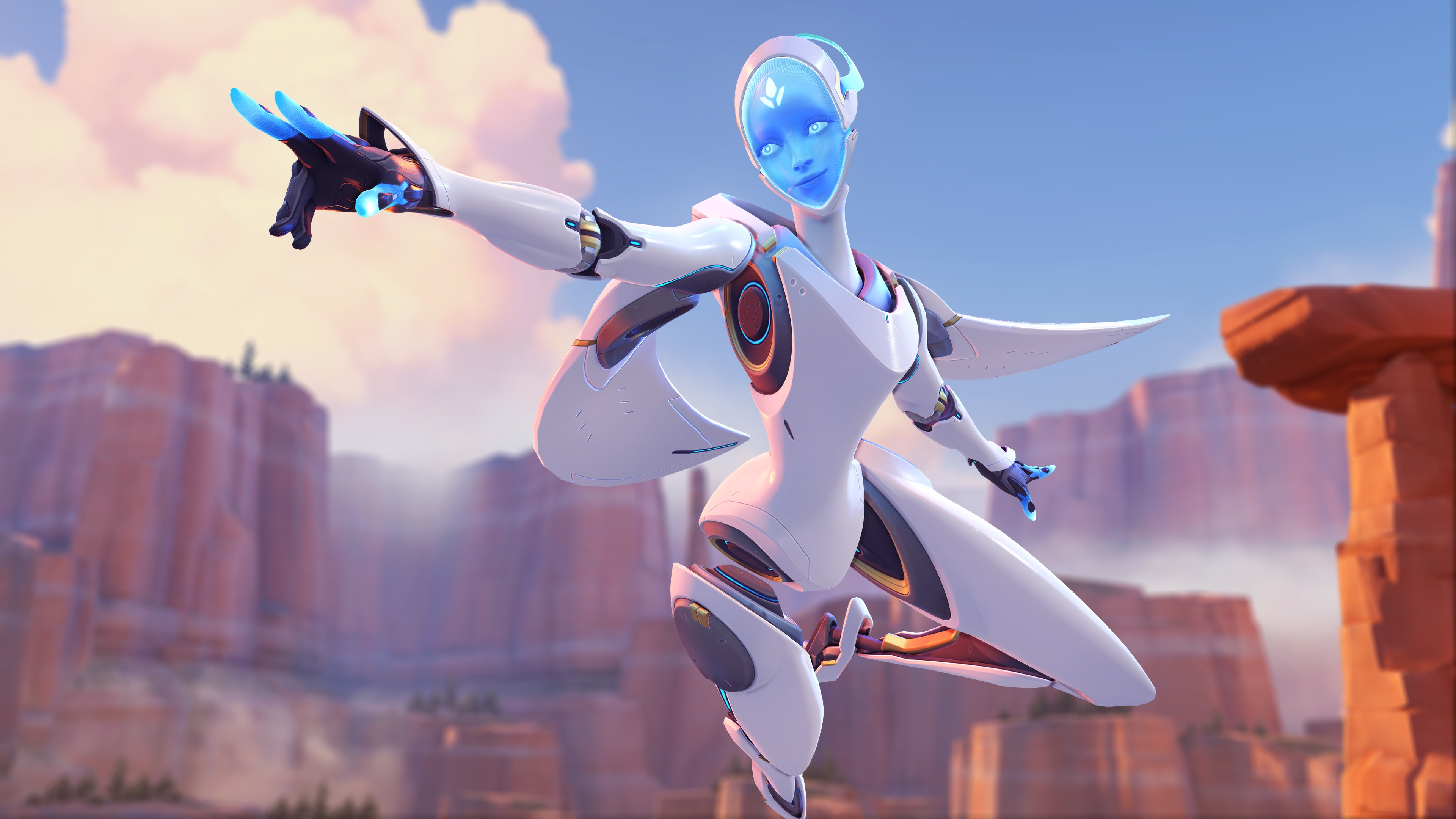 Blizzard has been very active over the last few weeks with its library of games, with Overwatch's development team being among the busiest. While Blizzard has been hard at work overhauling certain aspects of its competitive game to line up with the Overwatch League, the team has also been preparing to release an all-new character to the hero roster. All of that has finally arrived with Tuesday's massive 1.47 update.

We first met Echo back in mid-march. She's the evolved robot, left behind after a terrible accident destroyed Dr. Mina Liao's laboratory and presumably left her dead. As an advanced omnic, she has opted to join the good fight with the heroes of Overwatch. Here are her abilities:

If you want a better idea of how to play Echo, Overwatch's top Twitch streamers might be able to help. Watch up to six hours of eligible streams and you can pick up a handful of Echo sprays. The Overwatch website will have more information on that.

There are also some noticeable balance tweaks with today's new update. Let's take a look at the heroes affected:

There are also some changes to the game's heroes that are currently active in Experimental Mode only. For the full list of changes, check out the full Overwatch 1.47 patch notes.

Beyond the hero changes, Arcade Mode is getting a new Competitive Open Queue. This is essentially Competitive Play mode with hero pools instituted, but without role restrictions or role queues.

Another week, another rotation. ♻️♻️

Take a look at the heroes we won't be seeing next week! #OWL2020 pic.twitter.com/AvXSFbLn5t

Lastly, today's update comes in the wake of the first batch of synced-up hero pools for Competitive Play. For this week, Widowmaker, McCree, Reinhardt, and Brigitte have been taken out of rotation.

There's a lot to keep up with when it comes to Overwatch, so be sure to follow Shacknews. We'll look to stay up to date on the latest Overwatch news.